The Realities of “Cancer Alley”

Located alongside the Mississippi River between New Orleans and Baton Rouge, St. James Parish sits in a region morbidly nicknamed “Cancer Alley” for its prevalence of petrochemical plants—some 200 of them—along an 80-mile stretch of the river. Residential communities—mostly Black—are interspersed among factories, pipelines, and tank farms.

The parish has among the highest concentrations of toxic chemicals in the country, with cancer rates found to be 50 times higher than the national average, according to the EPA. Nighttime chemical releases causing toxic “yellow rain” are common.

Despite this reality, the state of Louisiana plans to build or expand 111 petrochemical facilities, with St. James Parish at the epicenter of this toxic boom.

In November 2018, Chinese chemical company Wanhua proposed construction of a new US$1.25 billion plastics manufacturing plant in St. James Parish, sited near the Mississippi River. The plant would produce hundreds of tons of methylene diphenyl diisocyanate (MDI)—a chemical used in the production of foam. MDI affects respiratory function in humans and is found to produce tumors in rats.

In addition to MDI, the plant would release carbon monoxide, volatile organic compounds, formaldehyde, benzene, and other toxic pollutants into the environment—directly next to residential neighborhoods and the Mississippi River.

The St. James Parish Council quickly granted Wanhua’s permits for the plant, rezoned the residential area in order to allow the project to be built in close proximity to homes, and granted Wanhua a 10-year exemption from all property taxes. This was carried out in a predominantly Black and low-income community in which, it was assumed, residents would not speak up in opposition.

Even in the context of entrenched environmental racism against the Black community in the region, this all stood out with particular starkness.

A Leader Tied to her Community

Sharon Lavigne, 69, is the daughter of civil rights activists who has lived in St. James Parish her whole life. As a little girl, her family lived off the land—with gardens, cattle, pigs, and chickens—and her grandfather caught fish and shrimp in the Mississippi River. Lavigne worked as a special education teacher until deciding to dedicate herself full-time to working for environmental justice in her community. In October 2018, she founded RISE St. James, a faith-based, grassroots environmental organization that started with a meeting in her living room with 10 community members and her daughter taking notes. Now, she manages a small staff and some 20 volunteers.

A Master Class in Campaigning for Environmental Justice

In 2018 and 2019, drawing upon the civil rights work of her parents, Lavigne began to mobilize against the proposed plant. She regularly attended parish council meetings and other hearings, providing testimony and raising questions about the proposed plant, rapidly becoming a critical voice of opposition. She detailed the negative health and environmental impacts of the project and highlighted the scale and density of the plants already operating in St. James Parish.

Lavigne organized door-to-door visits in neighborhoods that would be most impacted and spoke to residents about the risks. She hosted townhalls that brought in respected experts to educate community members, produced reports, wrote letters to regional newspapers, and designed newspaper ads—all arguing against the project.

As the campaign heated up, Lavigne met one-on-one with council members to persuade them to rescind permits for the plant. She asked the parish council and governor’s office to issue municipal and statewide moratoriums on new industrial construction, and, when these were denied, she led marches to raise visibility on the issues.

Finally, in response to this intense community campaign, in September 2019 Wanhua withdrew its land use application—less than one year after receiving permissions—officially canceling construction of its US$1.25 billion plastics manufacturing plant in St. James Parish.

Lavigne’s grassroots campaign successfully defended her community from the construction of yet another toxic plant in its midst. Her activism not only protected residents from additional air pollution, but also prevented the generation of a million pounds of liquid hazardous waste each year, safeguarding the environment of St. James Parish. Today, she continues her work opposing new chemical plants—and the pollution they bring—in her community.

Take a stand for environmental justice in Louisiana: 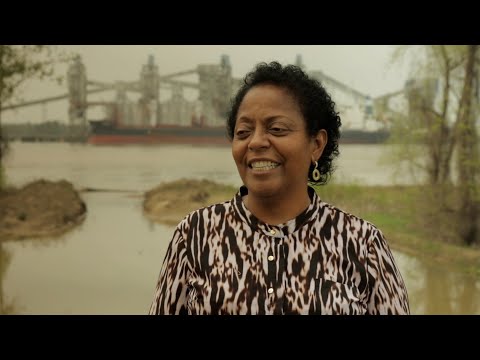 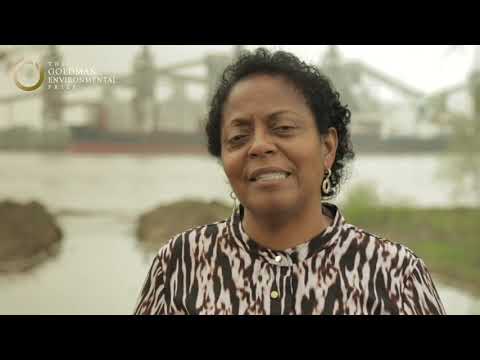 Founder of RISE St James and 2021 Environmental Prize winner Sharon Lavigne speaks at the first annual African American Celebration at the gravesite of enslaved ancestors at the Buena Vista Cemetery. The land was purchased by Formosa for a proposed petrochemical complex. (Photo: Goldman Environmental Prize)

2021 Environmental Prize winner Sharon Lavigne joins community members in adding flowers to a fence around the Buena Vista Cemetery, the burial site of enslaved ancestors. The fence was erected by Formosa when they purchased the land for a proposed petrochemical complex. (Photo: Goldman Environmental Prize)

Sharon Lavigne: Taking a Stand for Environmental Justice in Louisiana

‘Cancer has decimated our community.’ EPA’s Regan vows to help hard-hit areas, but residents have doubts.

One Month After Ida Ravaged Northeast and South, Residents Are Still Struggling: ‘The Worst’

A legal pillar of environmental justice is now under attack

La. Grandma Takes on Chemical Companies in Cancer Alley ‘Like a Roaring Lion’ — and Succeeds

The quiet Louisiana grandma who became an environmental warrior

The quiet Louisiana grandma who became an environmental warrior

2021 Recipient for South and Central America