One of North America’s last great wilderness areas, the Arctic National Wildlife Refuge (ANWR) often is called the “American Serengeti” for the richness and diversity of the ecosystem. In northeastern Alaska, it is among the most pristine ecosystems on earth. It is home to more than 180 bird species, 36 species of freshwater fish, and mammals including polar bears, wolverines, moose, and Dall sheep. The narrow coastal plain of the refuge also is the birthplace and nursing grounds of 130,000 Porcupine Caribou. The Gwich’in call this area “the sacred place where life begins.”

From the beginning, the Gwich’in First Nations peoples’ campaign has focused on what is at stake for the Gwich’in. Oil exploration and drilling in ANWR would risk high-impact environmental disturbance for the sake of a very limited supply of petroleum. Drilling for oil and gas in the coastal plain would require hundreds of miles of roads and pipelines and massive production facilities. Oil exploration would interrupt the life cycle of the Porcupine Caribou that have been the foundation of Gwich’in culture and subsistence for 20,000 years. Global warming has already disturbed the ecosystems of the refuge. The permafrost on the tundra is showing signs of melting, impinging on the food supply and migration patterns of Arctic wildlife, including the caribou.

In the mid-1980s, Canada and the United States entered into an historic agreement to protect the Arctic’s Porcupine Caribou. Solomon, as a member of the International Porcupine Caribou Commission, was a key negotiator of the agreement. He also successfully negotiated several land claims on behalf of the Gwich’in. Solomon was steadfast in prioritizing the inclusion of the entire Gwich’in community in all decisions affecting their land and the caribou.

The Gwich’in Steering Committee elected James as its chairperson in 1988. Since that time, she became a national and global leader in the Gwich’in campaign to save the refuge and caribou. She continuously worked to educate Congress about maintaining ANWR’s protected status. In 2000, she traveled to the international climate change talks in the Netherlands to publicize the connection between global warming and the degradation of the Arctic. James also coordinated the efforts of various native peoples to develop sustainable sources of energy in the region. As a result of her work, solar power was installed in two Gwich’in villages. James also offers inspiration and guidance to the next generation of Gwich’in. To that end, she helped organize the Gwich’in Young Peoples Gathering, a five-day assembly to celebrate and to strategize about ANWR conservation.

Kassi initiated the struggle to save the Porcupine Caribou in Northeastern Alaska on behalf of the Gwich’in. She organized numerous conferences, community activities and media events on environmental and health issues affecting the Arctic. She appeared at U.S. Congressional hearings and has organized support among major environmental organizations such as the Sierra Club, Audubon and the National Wildlife Federation. In August 2000, she met with former President Jimmy Carter, who pledged to ask then-President Clinton to declare the ANWR a national monument. Kassi also traveled to Hawaii to urge Senator Daniel Akaka (D-HI), who was a member of the Senate Energy and Resources Committee at that time, to join others in Congress in denouncing oil drilling in the refuge.

“We are caribou people,” said James. “It’s our clothing, our story, our song, our dance and our food that’s who we are. If you drill for oil here, you are drilling right into the heart of our existence.”

“Some might say it is a fool’s errand to fight the oil industry in Alaska, but we have no choice but to fight,” added Solomon. “They may have their lobbyists and campaign contributions, but we have found that a well-timed visit to the halls of Congress by Gwich’in, whose lives and livelihoods would be devastated, can make for a very convincing argument.”

Kassi noted, “For thousands of years the Gwich’in have safeguarded the sacred calving grounds of the Porcupine Caribou, which sustains our existence. Is it right that the fate of yet another indigenous culture will be determined by the U.S. government?” 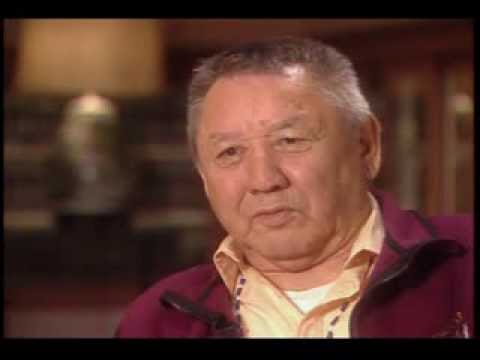 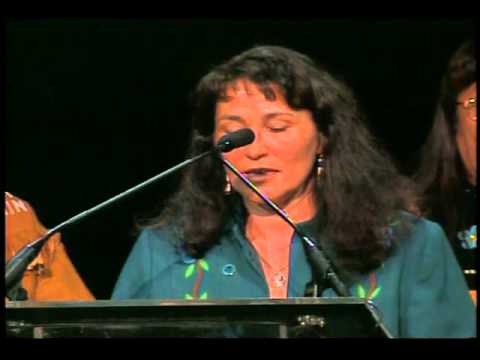 By Ellen Lomonico This Indigenous Peoples’ Day, learn how these five organizations are making a direct and positive impact on indigenous communities through grassroots activism. Located around the world, the ...Read More

Forever as Wilderness: Praise for Obama’s Move to Protect the Arctic

Congratulations to the Gwich’in Steering Committee and 2002 Goldman Prize winners Sarah James, Norma Kassi and the late Jonathon Solomon, who are celebrating 25 years of protecting the Arctic’s natural ...Read More

The Visionary Activist Show – Protectors and Allies of Life

After Sustainability: Missives from the Next Stage of the Climate Crisis

Fighting For What’s Sacred In The Arctic National Wildlife Refuge

To Save a Way of Life, Native Defenders Push to Protect the Arctic Refuge

Voices From The Frontline Of Climate Change

An irreplaceable ecological treasure is about to be auctioned off for oil. Will Canada step up?

The Globe and Mail

Will the Trump Administration Take Down the Artic Refuge?

Bolstered by Trump, Big Oil Resumes Its 40-Year Quest to Drill in an Arctic Wildlife Refuge

Arctic Waters Have Been Rescued From Drilling, But What About the Land?