Wangari Maathai began her efforts not only to help curb soil erosion, but also to help Kenya’s burgeoning population become self-sustaining in its use of wood fuel and create an income-generating activity for rural communities. There are now 5,000 grassroots nurseries throughout Kenya and over 20 million trees have been planted. Meanwhile, the Green Belt Movement conducts seminars for those interested in replicating their approach, and an international chapter has been founded to expand the movement beyond Africa.

In the late 1980s, Maathai led a courageous fight against the construction of a skyscraper scheduled for construction in the middle of Uhuru park, Nairobi’s most important public space. Her vocal opposition to the location of the proposed complex led the government of President Daniel Arap Moi to label both Maathai and the Green Belt Movement “subversive.” She was vilified in Parliament and in the press and forced to vacate her office of 10 years with 24 hours notice. Nevertheless, thanks to Maathai’s opposition, foreign investors withdrew their support for the Uhuru Park complex and the project was canceled.

Maathai evolved from Kenya’s most visible political dissident to one of Africa’s leading environmentalists. Her willingness to speak out on critical social matters has on various occasions provoked the police to break into her home, place her under arrest, club her into unconsciousness, and otherwise discourage her from engaging in political activity.

Always a pioneer, in 1997 Maathai decided to run for the Kenyan presidency against an entrenched incumbent. However, because of a false, widely-distributed report that Maathai had withdrawn from the presidential race, she received a negligible number of votes. Despite this disappointment, Maathai continued to try to reform the political process so that government addressed the concerns of ordinary Kenyans.

In 2004, Maathai won the Nobel Peace Prize. She died in 2011, leaving a giant and historic legacy for environmentalists, activists, women, and others seeking justice and empowerment throughout the world. 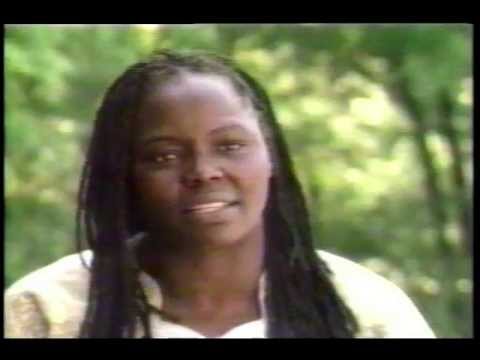 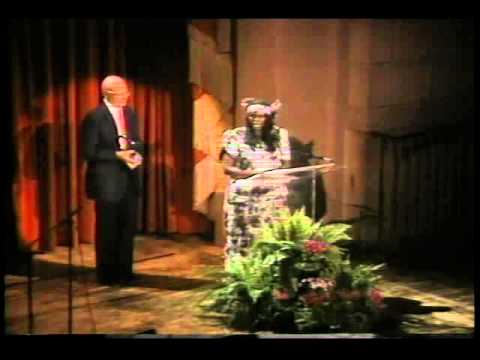 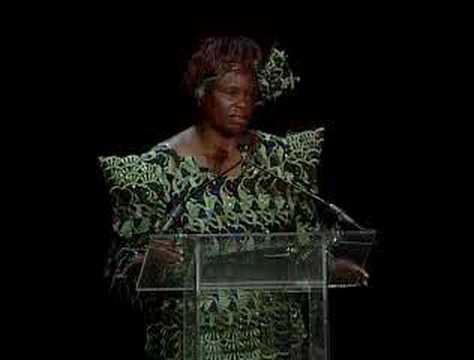 The Legacy of Wangari Maathai

Among the most prominent environmental activists of the last century is the late Professor Wangari Maathai, who founded the Green Belt Movement and inspired hundreds of thousands of people around ...Read More

How Grassroots Environmental Activism Has Changed the Course of History

Environmental activism is more mainstream today than ever before. In the last several years, activists like Greta Thunberg have become media stars and household names; national news outlets have ramped ...Read More

For Women’s History Month, we’re highlighting the powerful work of female Goldman Environmental Prize winners. This blog is a guest post by the Green Belt Movement, an organization founded by ...Read More

Wanjira Maathai Discusses the Future of her Mother’s Legacy

Wanjira Maathai, daughter of the late Wangari Maathai, paid a visit to the Goldman Prize office to chat about her mother's legacy and the future of the Green Belt Movement. ...Read More

The Goldman Environmental Foundation and the Green Belt Movement hosted a memorial service for 1991 Goldman Prize winner Wangari Maathai on Wednesday night. The service was held at the Delancey ...Read More

We were terribly saddened to receive news this morning about the passing of Wangari Maathai. As a life so full would have it, she held numerous honors and distinctions. We ...Read More

The Green Belt Movement was founded by 1991 Goldman Prize winner Wangari Maathai, who also received the 2004 Nobel Peace Prize for her environmental activism in Kenya. Please join us ...Read More

Kenya, a country of vast beauty and natural resources, is plagued by water and power shortages and is headed for ecological disaster as a result of greed and corruption, asserts ...Read More

‘The Lorax’ Warned Us 50 Years Ago, But We Didn’t Listen

5 Black heroes of the environmental movement

Women Who Changed The World in the Last Century

1991 Recipient for South and Central America