An environmental journalist-turned-activist, Stephanie Roth was the driving force behind an international campaign to halt construction of Europe’s largest open cast gold mine.

Stephanie Roth is a French and Swiss citizen and former researcher and editor at the London-based magazine, The Ecologist. Since 2002, Roth has been the driving force behind an international campaign to stop construction of Europe’s largest open cast gold mine in Romania. Roth joined the anti-mining campaign after she was involved in a successful grassroots movement to stop development of a so-called “Dracula Theme Park” in Transylvania, a project that would have destroyed an ancient oak forest reserve next to a medieval citadel.

Rosia Montana, located in the Apuseni Mountains of West-Central Romania, is the country’s oldest documented mining settlement. In 2000, the government granted rights to Canadian-based Gabriel Resources to develop a gold and silver mine in an around the small historic town. Under the plan, 2,000 people would be forced to relocate, 900 homes would be torn down and 10 centuries old churches destroyed.

The company had plans to use hazardous cyanide compounds to separate the gold and silver from the rock. The mine’s waste rock then would form a 185 meter-high dam across the Corna valley, provoking relocation of the valley’s residents. A hazardous cyanide storage pond, together with tons of waste laden with heavy metals, would cover as many as 600 hectares or nearly 1,500 acres. As a result, the nearby Aries River, the most important water resource in the region, is at serious risk of pollution, threatening the health and lives of 100,000 people.

To prevent this wide-scale destruction, and despite repeated death threats, Roth organized the first large-scale protests in Romania since 1989, when anti-government demonstrators overthrew the Ceausescu regime and the communist party. She has mobilized local residents and created a coalition of national non-governmental organizations, archaeological specialists, academics, and clergy to fight the mining proposal.

As a result of Roth’s campaign, the World Bank’s International Finance Corporation (IFC) withdrew support for the mining project in October 2002. For the first time, the IFC issued a statement expressing its grave social and environmental concerns.

The European Parliament sent a delegation to the site in October 2003 and again in December 2004. The project, found to be in clear breach of various EU directives, caused the European Parliament to adopt Article 41, in which it expresses its deep concern that the Rosia Montana mine development poses a serious environmental threat to the whole region and states that it will carefully monitor the project’s development, both in terms of its conformity to EU environmental law and also how it relates to Romania’s accession to the EU. 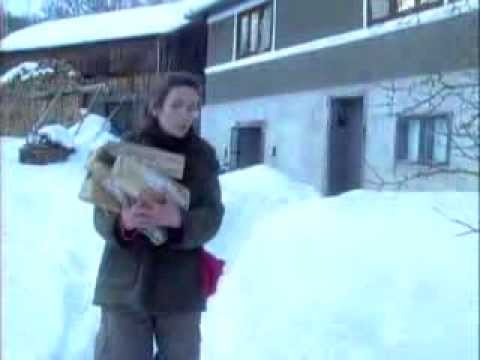 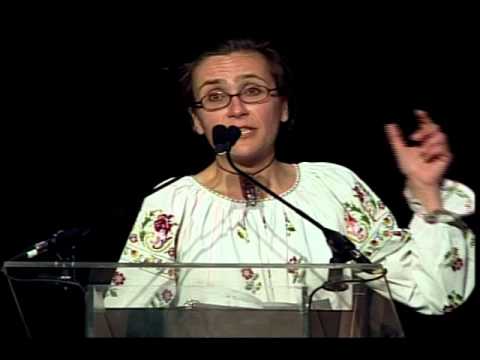 Stephanie Danielle Roth, 2005 Goldman Environmental Prize Winner, Europe (Romania), who has been championing a battle between area farm families and the mining company stands at ground zero in Rosia Montana, the oldest documented village in Romania.

The Romanian Parliament is expected to vote this month on a draft bill passed in August that would allow Gabriel Resources, a Canadian mining giant, to begin large scale mining ...Read More

Rosia Montana Once Again Threatened by Gold Mine

In 2005, Stephanie Roth was awarded the Goldman Prize for leading an international campaign to stop construction of Europe's largest open cast gold mine near the historic Romanian town of ...Read More

Last week, we detailed the first half of Lorrae Rominger’s recent outreach trip to Europe, where she met with 2005 Goldman Prize recipient Stephanie Roth in Berlin, Germany. The second part ...Read More

Stephanie Roth and the Future of Farming in Europe

Lorrae Rominger, Interim Executive Director of the Goldman Prize, recently returned from a trip to Europe where she had the opportunity to engage with potential nominators and connect with past ...Read More

Before Stephanie Roth won the Goldman Prize in 2005 for protecting an ancient Romanian village from being destroyed by a massive silver and gold mining project; she worked as a ...Read More

The Environmental Defender Law Center (EDLC) recently introduced a new grants program that will fund legal expenses in cases against corporations harming the environment and human rights. Two of the ...Read More

2005 Recipient for South and Central America