Concerned about the environmental harm caused by mounting plastic pollution in Malawi, Gloria Majiga-Kamoto fought the plastics industry and galvanized a grassroots movement in support of a national ban on thin plastics, a type of single-use plastic. As a result of her dedicated campaigning, in July 2019, Malawi’s High Court upheld the ban on the production, importation, distribution, and use of thin plastics. This is the first Prize for Malawi.

A Deluge of Plastics

Each year, 75,000 tons of plastic are produced in Malawi, of which 80% is single-use. Urbanization and a growing population are driving the increases in production and, correspondingly, rampant plastic pollution. Plastic waste has had a major impact on Malawi’s environment—littering the landscape, clogging waterways and drainage systems, increasing the frequency and severity of dangerous flooding, which creates breeding grounds for mosquitos carrying malaria, and sneaking into food supplies. In a study of the community of Mponela, 40% of slaughtered livestock were found to have plastic in their guts. Ingested plastic can cause intestinal blockages, resulting in starvation and death. A journalist noted that “Malawians joke that little blue plastics have replaced leaves on trees and shrubs.”

In 2015, after pressure from environmental activists concerning the government’s waste management strategy, Malawi’s government sought to establish Malawi’s place in the global movement against single-use plastics and imposed a national ban on the production, distribution, and importation of thin plastics. The ban applies to plastics equal to or less than 60 microns in thickness—the equivalent of the thickness of plastic bags used in grocery stores for fruits and vegetables—and includes bags, sheeting, and packaging.

However, in 2016, before the ban could be realized, the Malawi Plastics Manufacturing Association appealed the policy, and the court granted a stay order halting its implementation.

Gloria Majiga-Kamoto, 30, is a program officer for the Centre for Environmental Policy and Advocacy. Her work for the NGO has focused around climate change, natural resources, and mining in Malawi. Observing the crisis around plastic pollution and waste, Majiga-Kamoto opted to work toward a plastic ban on her own time, outside of the scope—and compensation—of her job. She also volunteered her time and energy throughout the campaign without a formal source of funding.

In 2017, when Majiga-Kamoto realized that the government was not taking action to reinstate the plastics ban, she formed a coalition of activists and NGOs to compel the government toward implementation. With the coalition, she advocated for the ban in the news media and among journalists, documented livestock killed by plastic consumption and drew affected farmers into the campaign, and brought on a public interest lawyer to join the case.

The powerful plastics industry argued that the ban would cost jobs and hurt the nation’s economy, while it simultaneously sought to drag out the court proceedings and indefinitely maintain the stay order. Refusing to let the industry narrative sway public opinion, Majiga-Kamoto refuted the false dichotomy of jobs vs. environment while rallying public outcry over the government’s failure to act.

As the debate on the ban became increasingly public, Majiga-Kamoto debated plastic industry representatives and rebutted their claims, explaining the long-term impacts of plastic pollution on Malawi’s lakes, rivers, agriculture, livestock, and wildlife. She raised public awareness about the importance of the ban and celebrated stores that ceased using thin plastic, presenting them with framed certificates recognizing their efforts.

On June 5, 2018, Majiga-Kamoto announced a grassroots march on June 15 to deliver a petition to the courts, putting pressure on the Malawian government to act. On June 14, 2018, a day before the planned march, the courts upheld the ban on single-use plastics. The march proceeded anyway, now as a celebration of the thin plastic ban.

Just one month later, on July 12, 2018, the plastics industry obtained a new injunction stopping implementation of the ban—and Majiga-Kamoto re-applied pressure on the government to reinstate the ban.

After unrelenting public pressure from Majiga-Kamoto’s campaign, on July 31, 2019, the High Court ruled in favor of the enforcement of the ban on the production, importation, distribution, and use of thin plastics. With this ruling, the government is authorized to impose financial penalties on companies and close factories producing thin plastics.

In response to concerns raised by Majiga-Kamoto and her allies round enforcement of the ban, the government ramped up inspections and, in early 2020, closed operations of three companies illegally producing thin plastics. In September 2020, the government impounded the plastic-making machinery of a company violating the ban and threatened a two-year jail sentence for the company director if violations continued. 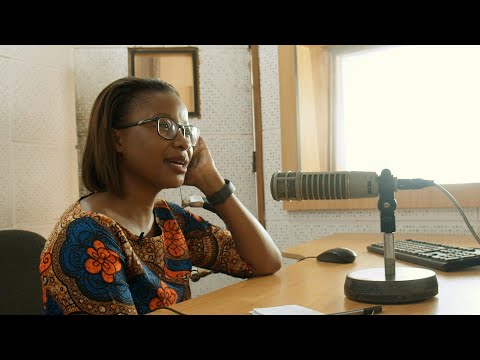 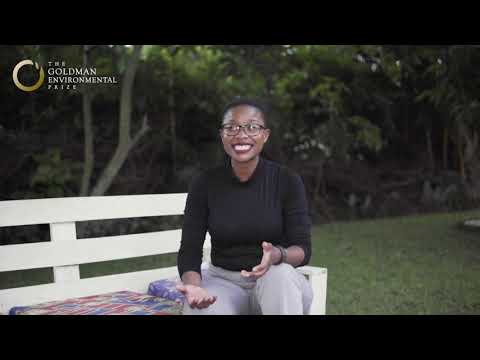 Plastic bags and other waste are trapped at a bridge on the Mudi River in Blantyre, Malawi. (Photo: Goldman Environmental Prize)

The Mudi River in Blantyre, Malawi, is heavily polluted with plastics and other city waste. (Photo: Goldman Environmental Prize)

By Gloria Majiga-Kamoto One of my most favorite movies from my childhood is Pocahontas. The romantic part of it was ok, but I was always so taken by the depiction ...Read More

Malawi’s landscape is clogged with plastic waste that could linger for 100 years. One woman has taken on plastic companies and won

2021 Recipient for South and Central America