Using traditional music, grassroots outreach, and innovative technology to bring sanitation to the most remote corners of Mozambique, Feliciano dos Santos empowered villagers to participate in sustainable development and rise up from poverty.

Throughout much of Africa, the lack of proper sanitation poses significant challenges to development. When drinking water is compromised, disease often follows. The World Health Organization estimates that 80 percent of all sickness in the world is attributable to unsafe water and sanitation. More children under five die from water-borne illnesses than AIDS. Recognizing both the environmental and societal risks associated with poor sanitation, the United Nations declared 2008 the “Year of Sanitation” in order to bring further attention to the issue worldwide.

In Mozambique, more than half the population lives in extreme poverty without access to basic sanitation. The northernmost province of Niassa is one of the poorest and most isolated regions of the country. Most of its nearly 1 million inhabitants live in small villages dispersed throughout the province, which is as large as New England, yet has only 170 kilometers of paved road.

Sanitation continues to be a taboo subject throughout the world, though it remains one of the most pressing problems in poverty-stricken regions. Santos has successfully found ways to discuss human waste management techniques with villagers through both grassroots outreach and music. He grew up in Niassa with no clean water or proper sanitation and is disabled from polio. As an adult, he has focused on improving living conditions in the region. Santos understands that environmental and health problems are interrelated in regions like Niassa that are dealing with poverty. As the director of Estamos, he works directly with villagers to provide community sanitation, promote sustainable agriculture, lead reforestation projects, and support innovative HIV/AIDS initiatives. Santos believes that sanitation and water supply issues must be solved in order for other development projects to take root.

Santos and Estamos promote low cost, environmentally sustainable “ecological sanitation,” a process that uses composting toilets, called EcoSans, to transform human waste into nutrient-rich agricultural fertilizer. Typically, a family will use an EcoSan for a number of months, adding soil and ash after each use. The pit is then buried and left for eight months, and the family moves on to another pit. During the eight months all the harmful pathogens die off, leaving a rich fertilizer that can be dug up and used in the fields. The compost not only provides natural fertilizer, but also enhances the soil’s water-retention capacity. Families using ecological sanitation report markedly fewer diseases, a 100 percent improvement in crop production, and improved soil retention. Before ecological sanitation, many villages used costly artificial fertilizers on their crops, and often were barely able to feed their families. By using the compost instead of artificial fertilizer, many are able to produce more food than they need and can generate a small income by selling some of their harvest.

Santos and Estamos believe that no sanitation system or behavior change should be imposed on villagers by an external NGO. As an insider, Santos and his team lead participatory workshops in which villagers come to understand their sanitation options, and, if they like, choose the option they prefer and build it themselves.

Since Santos and Estamos began their work in Niassa in 2000, they have helped thousands of people in hundreds of villages gain access to clean water and ecological sanitation. This is a considerable achievement considering the lack of infrastructure in Niassa’s remote villages. Estamos continues to grow and is now working in three districts in northern Mozambique. In one remote area, a local chief working with Estamos is leading a group of 70 villages to achieve 100 percent sanitation coverage. This achievement would be the first of this magnitude in Mozambique.

Santos’s band, Massukos, incorporates the sanitation message into music, performing in villages across Niassa and at times around Mozambique and abroad. Since Santos began his music-based outreach, people throughout Niassa and Mozambique have begun to focus more on the country’s rural sanitation problems. By connecting with Mozambique’s rich performance traditions, Santos and Estamos connect to villagers in a culturally appropriate way through music and theater. When Santos and the band arrive in a Niassa village, the entire local population often appears to hear them and their message. But the music is not the only reason for Estamos’s success. In July 2007, Massukos traveled to the UK where they released their album “Bumping” and performed at the World of Music, Arts and Dance (WOMAD) festival. 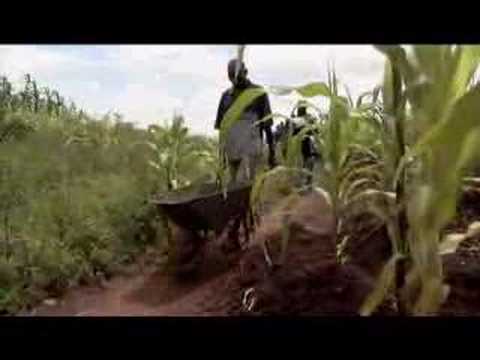 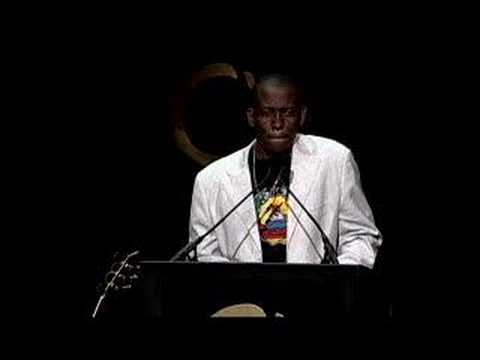 In his acceptance speech at the 2014 Goldman Prize ceremony, Prize winner Suren Gazaryan told the story of his colleague Evgeny Vitishko, an environmental activist from Russia who was sentenced ...Read More

Feliciano dos Santos (Mozambique, 2008) is the subject of the most recent African Voices program on CNN International. In the piece, Santos discusses his successful music career with his band, ...Read More

In Mozambique, Singing a Song of Sanitation and Hoping to Change Habits