Yuyun Ismawati implemented sustainable community-based waste and sanitation management programs that provide employment opportunities to low-income people and empower them to improve the environment in Indonesia.

The lack of adequate, safe, and sustainable waste management has been one of the most critical environmental challenges facing the world’s developing countries; island nations in particular must grapple with growing consumption and finite space for waste disposal. Municipal infrastructure that is the norm in developed nations, including proper sanitary landfills and recycling facilities, remains largely absent in countries such as Indonesia. This has led to pervasive environmental problems and health risks, especially for communities living adjacent to open waste dumps and for poor urban settlements without organized waste management systems.

The traditional Indonesian practice of using palm leaves and other plants for storing and serving food allowed for simple disposal and composting of “trash.” With the influx of plastics and other non-biodegradable products, Indonesia’s waste management problems have worsened.

Government-run services collect only 30 to 40% of the country’s solid waste, mostly in higher income areas; poor communities are left with mounting waste problems that can have deadly consequences. In 2005, 140 people were killed in Bandung when a 200-foot-high open garbage dump collapsed, triggering a landslide that crashed onto two villages. Many communities burn their trash, leading to increased air pollution as toxic chemicals are released into the air.

Sanitation services are also lacking, as sewage and waste water from poor settlements remain untreated. Waste water from tofu-makers and chicken slaughterhouses as well as trash from uncontrolled dumpsites enters rivers and waterways, polluting the collective water resources. These conditions exacerbate water-borne diseases such as dengue fever. Conventional centralized sewage solutions for larger cities have been built in some areas, but are still not designed to serve the poor. As Indonesia’s population grows (currently at 245 million), the need for sustainable solutions to waste problems in this nation of islands is critical.

Yuyun Ismawati began her career as an environmental engineer working with consulting firms to design rural and city water supply systems. Seeing that her skills were not serving the poor communities most in need of safe waste management, Ismawati made a career change. Since 1996, together with her NGO networks, she has redirected her environmental engineering expertise to assist poor communities in designing safe and well-coordinated waste management initiatives, while prioritizing environmental health and economic benefits for local people. In June 2000, Ismawati founded her own NGO, BaliFokus (now called Nexus3), to expand her community-based urban environmental management program into replicable initiatives for a larger area of Indonesia.

In 2003, Ismawati and BaliFokus, in cooperation with a local Rotary Club, initiated a solid waste management program with Temesi Village in Gianyar, Bali, consisting of a waste management facility owned and operated by the village itself. Drawing on her experience with a tourism waste recovery facility in Jimbaran, Bali, Ismawati and the organizations recruited and trained local residents to operate the facility at the landfill site. Workers now separate waste into recyclables, compost, and residuals to transport to the dumpsite. Income from the sale of recyclable materials and compost benefits local farmers. By 2009, the plant employed more than 40 local residents and received carbon credits from the voluntary market to support the sustainability aspect of the project.

Ismawati also developed the “decentralised solution initiative,” focusing on village households in a low-income area of Bali and other parts Indonesia. Ismawati looked to housewives as her partners. The goal was to develop community programs that reduce the volume of waste taken to municipal dumpsites by minimizing household-level waste. The core team trained housewives in easy-to-learn daily practices, such as waste separation and composting, performed at home using simple household tools. By 2009, the program involved 500 households. BaliFokus estimated that household waste in the participating villages was reduced by 50%. Some women sell their compost at local markets, thus creating a sustainable, income-generating practice for their communities. Recyclables are often crafted into salable items, creating yet another income stream for local people.

Seeking to build upon the positive results of these programs, Ismawati was involved in the development of SANIMAS in 2001-2003. SANIMAS (“sanitation by communities” in Bahasa) is centered on Ismawati’s creation of a series of replicable waste and sanitation management options for urban poor settlements. Depending on a locality’s needs, resources and community-driven priorities, Ismawati, BaliFokus, and three other NGO partners provided education and capacity-building on specific sustainable waste management and sanitation programs. Infrastructure was often supported by the local and central governments. Community contributions and participation, although small compared to government support, are essential for the programs’ long-term sustainability. As of 2008, SANIMAS had grown into a nationwide initiative reaching hundreds of locales across Indonesia, adding at least 75 small and medium-sized cities to the program every year.

Ismawati was also involved with national agencies in crafting Indonesia’s first-ever bill on waste management and waste management strategy related to climate change issues. During this process, Ismawati succeeded in moving the bill away from environmentally damaging practices such as incineration.

In 2008, Ismawati expanded her area of interest by establishing Indonesia’s Toxics-Free Network. She connected with more Indonesian NGOs and communities to work against the spread of toxic substances from burning wastes, pesticides, and heavy metals such as mercury.

Together with BaliFokus, Ismawati is currently leading a program which trains health workers and women in Indonesia’s artisanal and small-scale gold mining hotspots to reduce the community’s risk of exposure to mercury—a metal used in gold extraction—and identify early symptoms of mercury poisoning. 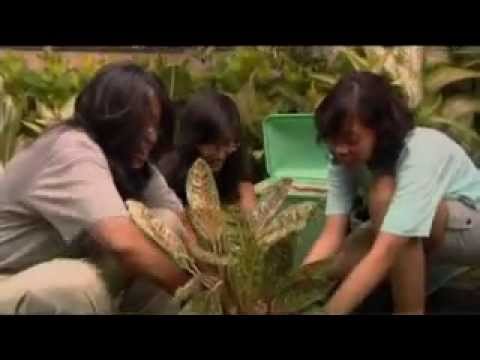 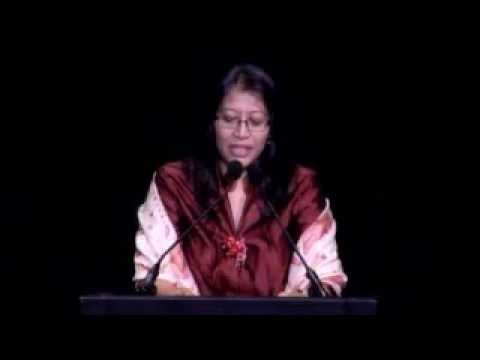 In the last few months, we have been lucky to catch up with several past Prize recipients as they’ve traveled through the Bay Area for various events. First we caught ...Read More

In 2009, Yuyun Ismawati was awarded the Goldman Prize for her work to implement sustainable community-based waste and sanitation management programs that provide employment opportunities to low-income people and empower ...Read More

In January 2013, government officials from around the world agreed on the text of the Minamata Convention on Mercury. Last week, the convention was presented for adoption and opened for ...Read More

Short Videos Give Background on Mercury Pollution around the World

Check out these informative videos that 2009 Goldman Prize recipient Yuyun Ismawati shared with us to find out more about the global issue of mercury pollution. Ismawati was awarded the ...Read More

Did you know that the term “mad as a hatter” refers to the mental illnesses suffered by 19th century milliners from their exposure to mercury, a highly toxic element that ...Read More

While kids throughout the US were trick-or-treating for sweets during Halloween this year, 2009 Goldman Prize winner Yuyun Ismawati was busy distributing chocolate gold coins to UN delegates in Nairobi ...Read More

The Hidden Cost of Gold: Birth Defects and Brain Damage

Indonesia returns 19 containers full of British waste to the UK

The Truth Behind the Plastic Curtain: Most Plastic Is Not Recyclable

Audio: Impacts of gas drilling on wildlife in Peru and a Goldman Prize winner on mercury contamination

The real price of gold in Lombok: Indonesian women with toxic mercury levels

Environmentalist Calls On Jokowi To Address a Health Emergency

As Tourism Rises in Bali, What to Do With Waste?