On the 20th anniversary of the 1984 Union Carbide gas leak that killed 20,000 and injured more than 150,000 in Bhopal, Rashida Bee and Champa Devi Shukla led a class action suit demanding cleanup and compensation for affected individuals.

The year 2004 marked the 20th anniversary of the Union Carbide gas leak that killed more than 20,000 people in Bhopal, India—the world’s biggest industrial disaster. Two generations of victims continue to suffer the consequences, but they have found new hope in Rashida Bee and Champa Devi Shukla, two Bhopal activists who have ignited the international campaign to seek justice for disaster survivors. Bee and Shukla’s courage and tenacity have galvanized the grassroots in India and abroad. In the process, they drew low-income, illiterate women like themselves from the margins of society to the center of a closely-watched showdown with the goal of holding chemical companies accountable for the gas leak and its deadly legacy.

On December 3, 1984, more than 27 tons of poisonous gases leaked from a storage tank at a Union Carbide pesticide factory into the heart of Bhopal, immediately killing 8,000 people. Since then, more than 20,000 deaths have been attributed to the disaster. Survivors and their children continue to suffer long-term health effects ranging from cancer and tuberculosis to birth defects and chronic fevers. Multiple studies have found mercury, nickel, and other toxins in the local groundwater and dangerous levels of toxins—including lead—in the breast milk of women who live near the factory zone.

“We are still finding children being born without lips, noses, or ears. Sometimes complete hands are missing, and women have severe reproductive problems,” said Bee, who suffers from respiratory and vision problems from gas exposure.

Bee and Shukla first met as employees at a stationery factory in 1986, where they founded an independent union to fight for better labor conditions and wages (traditional male-dominated unions would not accept them). In 1989, the labor battle culminated in a 469-mile march to New Delhi. More than 100 women, many of whom had sold their jewelry and other valuables to be part of the march, presented a petition with their demands to the prime minister. The campaign eventually won them a wage raise and other important concessions.

Invigorated by their organizing victory, Bee and Shukla leveraged their union’s newfound political power to seek justice from the chemical giants responsible for the gas leak disaster. Since 1984, Bee has lost six family members to cancer. Shukla, who has a grandchild born with congenital deformities, lost her husband. In the 10 years following the incident, most survivors had received less than $500 of Union Carbide’ss $470 million compensation payout, which has been mired in Indian bureaucracy and other delays. Dow Chemical, which merged with Union Carbide in 2001, maintains to this day that it has no liability in the industrial disaster.

In 2002, Bee and Shukla fought back by organizing a 19-day hunger strike in New Delhi to underscore their demands:

Their protest coincided with a month-long relay hunger strike in front of the Union Carbide factory in Bhopal. More than 1,500 people from 10 countries took part in what would become the first global hunger strike in solidarity with Bhopal survivors.

The women stepped up their efforts later that year by presenting brooms to Dow officials as part of their Jhadoo Maaro Dow Ko (“Beat Dow With a Broomstick”) campaign. In 2003, Bee and Shukla confronted Dow officials at their offices in Mumbai and the Netherlands with hand-delivered samples of toxic waste. A tour of more than 10 cities across the US led to a passionate protest at Dow’s shareholder meeting in Michigan and a 12-day hunger strike and rally on New York’s Wall Street. Students from 25 colleges and universities organized rallies and thousands of people joined protests in the United Kingdom, China, Spain, Thailand, and Canada.

Two years after purchasing Union Carbide, Dow stock prices dropped 13%. While the company has faulted the general economic slump, Forbes magazine has credited the “Indian-bred tort litigation” and ruckus raised by the series of demonstrations over the past two years as contributing factors in the decline of Dow shares.

On the 20th anniversary of the Bhopal disaster, Bee and Shukla were ready to raise the stakes yet again. In 2004, they attended Dow Chemical’s shareholder meeting at the company headquarters in Midland, Michigan, for the unveiling of a new resolution introduced by a socially responsible management firm. The resolution warned of the reputational risks to the company if it continues to ignore Bhopal survivors’ demands. International protests and coordinated actions followed targeting Dow’s bad corporate citizenship around the globe.

“We have been fighting for many years now. Every day, more and more people are lending support to our struggle,” Shukla said. “We are sure that we will soon have the support we need to bring Dow to its knees.”

Bee and Shukla have also taken their battle to court. In 1999, they joined other disaster victims and advocacy organizations in a class action lawsuit against Union Carbide seeking a cleanup of the factory site and damages to cover medical monitoring and costs incurred from years of soil and water contamination. The plaintiffs won a significant victory when a US Appeals Court ruled in their favor and against Union Carbide’s motion to dismiss. Eight Members of Congress in the US—including Reps. Frank Pallone, Dennis Kucinich, Sheila Jackson-Lee, Jan Schakowsky, and Pete Stark—filed an amicus brief supporting the suit; 18 other Members of Congress publicly called on Dow to provide reparations to Bhopal disaster victims.

The suit mirrors efforts to hold Dow accountable for environmental health disasters in the US. In Midland, 300 residents signed onto a suit against Dow for allegedly contaminating the Tittabawassee River with dioxin, while current and former residents of a predominantly African-American trailer park community in Plaquemine, Louisiana, filed suit against Dow for allegedly covering up the fact that vinyl chloride, a carcinogen, had seeped into their groundwater.

The leadership of the two physically frail and diminutive women has lit a fire under the International Campaign for Justice in Bhopal and catapulted the issue onto the global stage once more. In their journey from disaster victims to grassroots activists, Bee and Shukla have had to overcome the enormous stigma of their poverty, their status as women in a male-dominated society, and, in Bee’s case, illiteracy. They have also struggled with chronic health problems that can intensify on the campaign trail. During their 2003 hunger strike in the US, both women had to be rushed to the emergency room.

In the face of these challenges, Bee and Shukla have been able to draw strength from each other’s skills and talents. Bee’s big picture vision and oratory passion make her a natural spokesperson, while Shukla’s quiet diligence and strength make her a formidable organizing powerhouse. The women’s partnership is all the more remarkable because Shukla is Hindu and Bee is Muslim, religious factions with a long history of conflict in India. Together, they have made the struggle for justice for survivors of Bhopal a powerful validation of women’s role on the frontlines of India’s civil society. 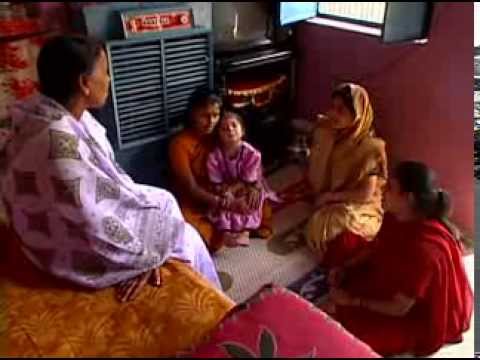 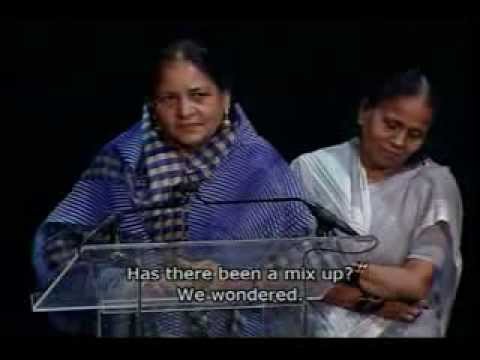 Rashida Bee (right) and Champa Devi Shukla, 2004 Goldman Environmental Prize Winners, Asia (India), oversee women workers at a stationery plant for survivors of the Bhopal disaster. Through the union they established, the workers now have a living wage.

As the global community gears up for the 2012 Olympic Games in London this summer, at least one country is struggling with the decision to participate amid news that Dow ...Read More

The Environmental Defender Law Center (EDLC) recently introduced a new grants program that will fund legal expenses in cases against corporations harming the environment and human rights. Two of the ...Read More

More than 25 years after the world's worst industrial chemical leak at a Union Carbide pesticide plant in Bhopal, India, eight people have been convicted on criminal charges and now ...Read More

‘We fought 35 years to prevent another Bhopal tragedy, but it’s unfolding again’

‘Women Don’t Give Up.’ Why Female Protesters Are at the Forefront of India’s Resistance Movement

2004 Recipient for Islands and Island Nations