Born and raised in a family of community activists, mark! Lopez persuaded the state of California to provide comprehensive lead testing and cleanup of East Los Angeles homes contaminated by a battery smelter that had polluted the community for over three decades.

Bordered by the Los Angeles River and crisscrossed by the area’s notoriously congested freeways, LA’s Eastside is home to the densest population of working-class Latino communities in the country. Residents bear the brunt of the region’s pollution, with heavy cargo traffic coming in and out of the ports of Los Angeles and Long Beach, and industrial plants operating well within breathing distance of homes, schools, and parks.

Among these facilities was an aging battery recycling plant, which had been in operation since 1922 with minimal updates and repairs. Georgia-based Exide took over the smelter in 2000 and ramped up the volume of batteries processed at the plant—and with it, emission levels of dangerous pollutants such as lead and arsenic.

A sampling of dust on rooftops of nearby buildings found lead levels of 52,000 parts per million—where 1,000 parts per million is considered hazardous waste. Lead is a powerful neurotoxin that accumulates in the body over time. It can cause learning disabilities even at very low levels, and as such, there is no safe lead level in children.

Community organizing as a family trade

mark! Lopez was born and raised in a family of activists where community organizing is a family trade. Lopez attended his earliest protests and marches as a young child, along with his parents and grandparents. Family time often included door-to-door canvassing, community mural paintings, and press conferences.

Lopez temporarily left Los Angeles to pursue a degree in environmental studies at UC Santa Cruz—an arm’s length away from home where he gave himself the space to learn and sharpen the tools of the family trade. He remained active in community organizing on campus, where he advocated for service workers’ rights and pushed for minority student recruitment and retention.

Shortly after his return from college in 2008, during one of his regular visits to his grandparents’ house, his grandmother gave him a flyer that had just arrived in the mail. It was about an upcoming public meeting about the Exide battery smelter. She said, “Hey, you know, Exide is still right here.”

Shutting down the plant, expanding the radius of justice

In March 2015, after coming under investigation by a federal grand jury about its operations, Exide agreed to shut down the plant but left little means to clean up the contamination beyond the smelter site. Lopez understood the reality that if the community wanted justice, they would have to fight for it. The smelter had been allowed to run for decades under temporary permits, racking up multiple violations along the way. The California Department of Toxic Substance Control (DTSC) was doing little to encourage residents to have their homes tested.

Lopez and his team at East Yard Communities for Environmental Justice started knocking on doors to inform the community about the dangers of lead contamination. Despite some initial skepticism, residents grew to trust Lopez, who shared their dreams—and fears—about raising their families in the Eastside.

In response to a huge demand from residents, DTSC increased its sampling to 200 homes. Test results showed that all but three of the homes required remediation, a strong indication that the testing area needed to be expanded even further. DTSC eventually agreed to a testing radius of 1.7 miles around the smelter site.

Lopez faced the next hurdle of identifying funds to run tests and cleanup. He turned his attention to Sacramento, calling out the injustice in the state leaders’ sluggish response to the Exide cleanup—a sharp contrast to their swift reaction to a massive gas leak in the affluent community of Porter Ranch.

In April 2016, Governor Brown finally approved $176.6 million for the testing and cleanup of affected homes. Lopez was appointed co-chair of the advisory committee responsible for overseeing the cleanup. While it is one of the largest environmental cleanups in California history, the funds will only cover a fraction of the total homes that need remediation. A newly imposed battery recycling fee is expected to raise additional funds and help other communities in the state affected by defunct battery smelters. 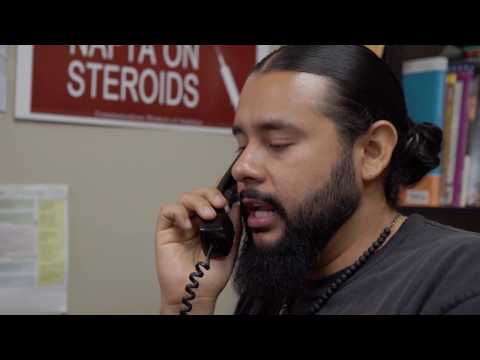 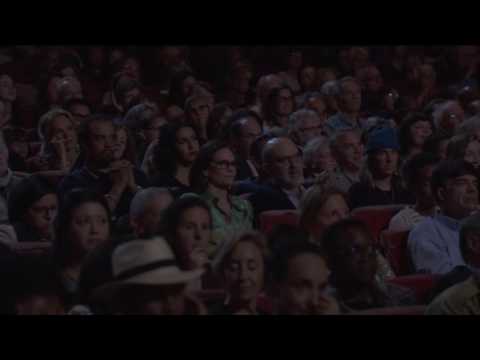 Lopez is the third generation in a family of activists. His grandparents (front row) are well-respected community activists in East Los Angeles. (Photo: Goldman Environmental Prize)

Bordered by the LA River and crisscrossed by congested freeways, LA’s Eastside is home to the densest population of working-class Latino communities in the country. (Photo: Goldman Environmental Prize)

In 2000, Georgia-based Exide took over an aging battery recycling plant in Vernon. The smelter had been in operation since 1922 with minimal updates and repairs. (Photo: Goldman Environmental Prize)

Lopez and his team at East Yard Communities for Environmental Justice led a community outreach campaign to inform residents about the dangers of lead contamination. (Photo: Goldman Environmental Prize)

A test of 200 homes found that all but three of the sampled homes required lead cleanup, a strong indication that the testing area needed to be expanded. (Photo: Goldman Environmental Prize)

Following a federal investigation about its operations, Exide agreed to shut down the plant in March 2015. (Photo: Goldman Environmental Prize)

To secure funds to comprehensively test and clean up the contaminated homes, Lopez turned his attention to Sacramento. (Photo: Goldman Environmental Prize)

Despite their initial fears about lead, residents grew to trust Lopez, who shared their dreams—and fears—about raising their families in the Eastside. (Photo: Goldman Environmental Prize)

No Time to Waste: GAIA, the Goldman Environmental Prize, and a Movement to Eliminate Waste Incinerators

By Claire Arkin  Do you know where your waste goes? While we’d like to think that most of it gets recycled into a new product, in reality the U.S. recycles ...Read More

mark! Lopez won the Prize in 2017 for successfully leading a campaign to persuade the state of California to provide comprehensive lead testing and cleanup of East Los Angeles homes ...Read More

Court allows Exide to abandon a toxic site in Vernon. Taxpayers will fund the cleanup

The Road to Climate Catastrophe Runs Through a City Called Commerce

The Fight for Environmental Justice and the Rise of Citizen Activism

Advocates: Exide cleanup plan leaves many to ‘fend for ourselves’

2017 Recipient for South and Central America