Born in the Brazilian Amazon, Marina Silva spent her childhood making rubber, hunting, and fishing to help her father support their large family. At the age of 16, illness brought her to the city. Although she had been illiterate, she soon earned a university degree. She went on to found the independent trade union movement with rubber tapper leader Chico Mendes in the state of Acre.

In the early 1980s, Silva became, with Mendes, one of the architects of the empates—peaceful demonstrations by forest-dwelling rubber tappers against wanton deforestation and the expulsion of forest communities from their traditional holdings. During this time, Acre was experiencing a dramatic increase in deforestation as well as the invasion of indigenous lands and areas occupied by rubber tappers.

The major mobilizing tactic of the rubber tapping unions, the empates became famous as an example of grassroots resistance to wholesale environmental destruction. Silva led and participated in dozens of these demonstrations, which resulted in the protection of both thousands of hectares of tropical forest and the livelihoods of hundreds of rubber tapping families. This movement also led to the idea of establishing sustainable extractive reserves in the rainforest. Undaunted by Mendes’ assassination in 1988, Silva continued to push for their creation.

Today, Acre’s sustainable extractive reserves encompass two million hectares of forest managed by the traditional communities that inhabit them. Severe health problems, including contamination with heavy metals, have caused Silva to be hospitalized for long periods of time, but fragile health could not stop her. In 1994, she was the first rubber tapper ever elected to Brazil’s federal senate. As a native Amazonian and a populist senator, Silva built support for environmental protection of the reserves as well as for social justice and sustainable development in the Amazon region.

From 2003 to 2008, Silva served as Brazil’s Minister of the Environment. In October 2010, she ran for president of Brazil and, although she did not win the election, was one of the top three candidates and forced a run-off. 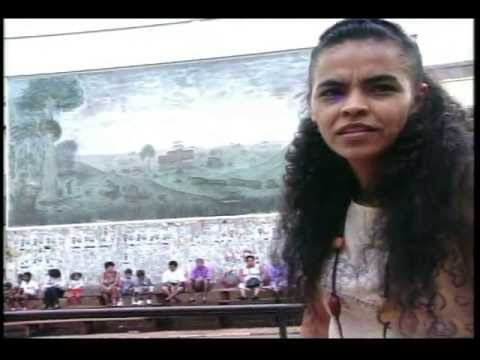 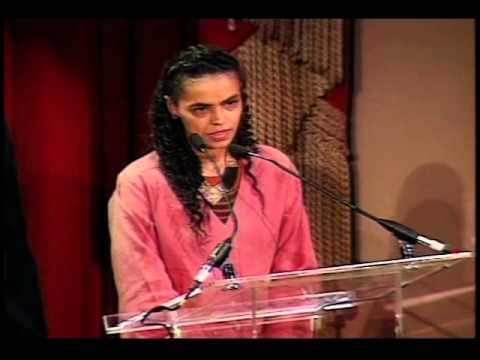 Marina Silva, Minister for the Environment with Carlos Alberto Ricardo, 1992 Goldman Prize Recipient for South and Central America and coordinator of the Rio Negro Program, receiving the Chico Mendes Award at the Auditorium of the Ministry of Environment, Brasilia in 2003. (Photo: Marcelo Lima)

After finally getting caught up on our inbox and backlog of to-dos, Goldman Prize staff took some time to reflect on our week in Rio. And while we share the ...Read More

Amid continuing criticism against the outline agreement that came out of the UN Conference on Sustainable Development last week in Rio de Janeiro, a group of civil society leaders have ...Read More

The People’s Summit Gets Underway at Rio+20

Marking the one year anniversary of Japan’s Fukashima disaster, environmental leaders from around the world are signing on to an open letter issued by Greenpeace, calling for an end to ...Read More

Rumors are swirling that Brazil's former environment minister and 1996 Goldman Prize recipient Marina Silva is being courted by her country's Green Party in order to make it possible for ...Read More

Brazil’s President Lula Is Staging a Comeback. Can He Bring the Country Along?

She Grew up in the Amazon, and Now She’s Fighting For Its Life

Marina Silva: “the fires in the Amazon are a crime against humanity”

How Operation Car Wash Is Exposing Political Crime in Brazil