Drawing on the power of youth activism, Kristal Ambrose convinced the government of The Bahamas to ban single-use plastic bags, plastic cutlery, straws, and Styrofoam containers and cups. Announced in April 2018, the nationwide ban went into effect in January 2020.

Attack of the Plastic Waste

The territory of The Bahamas encompasses 700 islands across 100,000 square miles of the Atlantic Ocean. Its famous coastline and beaches are central to the culture and livelihoods of Bahamians and features a vast array of marine life—from sea turtles to manatees to sharks and coral reefs. With more than 3 million tourists visiting the islands each year, tourism is a vital part of the economy.

In this marine oasis, plastic waste has become a ubiquitous scourge. Washing up in huge quantities on beaches and littering coral reefs, plastic pollution is threatening wildlife, fishing, and the entire food chain, as humans eat fish that digest plastic particles in the ocean. Critically for the nation, plastic contamination is projected to cost $8.5 million in tourism losses annually.

Globally, 8 million metric tons of plastic waste enters the ocean each year, killing millions of seabirds, mammals, and fish. Corals that come into contact with plastic have an 89% chance of contracting disease, compared with 4% likelihood for those not exposed to plastic. Fifty-one trillion microplastic particles litter the ocean, and, by 2025, there will be one ton of plastic for every three tons of fish in the world’s oceans.

Additionally, in 2019, the production and incineration of plastic is projected to produce 850 million metric tons of greenhouse gases, equivalent to pollution from 189 500-megawatt coal plants.

Single-use plastic is particularly wasteful, accounting for one third of all plastic, with each piece used, on average, for a few minutes before being thrown away. It then persists in the environment for up to 1,000 years. The Bahamas does not have the capacity for recycling, and waste is disposed of in landfills and incinerators.

A Plastic Warrior for the Ocean

Once, while working at an aquarium in The Bahamas, Kristal Ambrose, 29, spent two days helping to pull plastic out of a sea turtle that had internal blockage. After this experience, she vowed, “I’ll never drop a piece of plastic on the ground again.” At age 22, Ambrose joined an expedition to study the Western garbage patch, the mass of marine debris that is part of the Great Pacific Garbage Patch in the north Pacific Ocean. Examining the waste, she noted that all the debris “were things that I was using at home—plastic bags, Styrofoam, plastic cutlery, straws.” Ambrose returned from the expedition inspired to tackle plastic waste and, in 2013, founded the Bahamas Plastic Movement to develop solutions to plastic pollution and educate youths in The Bahamas.

Channeling the Power of Youth

In 2013, continuing her ongoing education on both oceans and plastic, Ambrose researched how plastic moves through the marine environment and onto Eleuthera Island, where she lives. Through the Bahamas Plastic Movement, she created numerous programs to engage, empower, and educate local youths, including tuition-free youth camps to train the country’s next environmental leaders. During camp, students conduct surveys of plastics on beaches, trawl on boats measuring microplastics on sea surface, dissect mahi-mahi fish to determine stomach plastic content, and learn how lifestyle on land impacts ocean health.

Convinced that a ban on single-use plastics was the strongest local solution, Ambrose set her sights on policy change. She drafted legislation to share with the government and conducted energetic outreach and advocacy on the issue across the country.

In January 2018, Ambrose and her students traveled from Eleuthera Island to Nassau to meet the environment minister. Students entered his office singing, “We are the change, we are the solution, we can fix this plastic pollution.” They had a lively discussion on the environmental and economic impacts of plastic waste, and the minister agreed that he would address the issue.

On April 23, 2018, the environment minister officially announced a ban on single-use plastic bags, food utensils, straws and Styrofoam. The ban was officially adopted in January 2020 and will be enforced with fines in the thousands of dollars starting in July 2020.

Operating outside of the traditional power structures in The Bahamas, Ambrose used science, strategic advocacy, and youth empowerment to get her country focused on plastics; then she convinced the government to enact a nation-wide single-use plastic ban. This is the first Prize for The Bahamas. 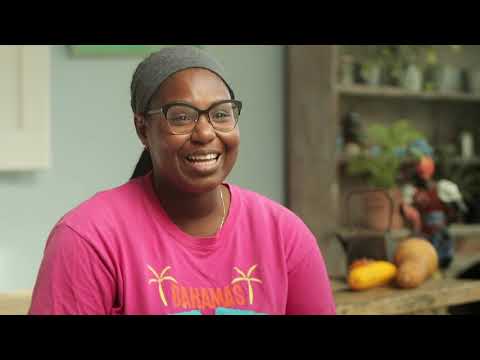 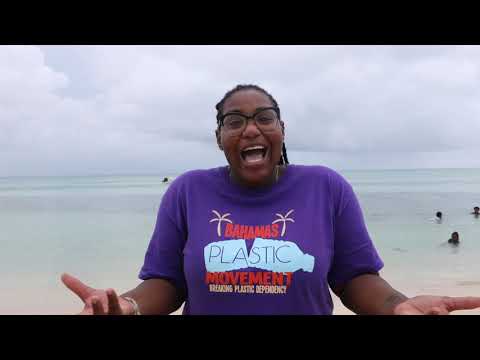 Kristal and her students are fighting to eradicate ocean plastic

The teacher who convinced The Bahamas to ban plastic