As a direct result of Chibeze Ezekiel’s four-year grassroots campaign, the Ghanaian Minister of Environment canceled the construction of a 700-megawatt (MW) coal power plant and adjoining shipping port to import coal. The coal power plant would have been Ghana’s first. Ezekiel’s activism stopped the coal industry from entering Ghana and steered the nation’s energy future away from coal.

A Crossroads on Energy Sustainability

In Ghana, energy shortages have long affected all sectors of society. Hospitals are often hit by blackouts and babies are not infrequently born by cell phone light. In 2015, there were 159 blackout days across the country. In recent years, with a significant share of Ghana’s energy coming from hydro-electricity, the outages have been exacerbated by increasing drought conditions.

In 2013, the Ghanaian government proposed construction of a 700-MW coal power plant and adjoining new port in Aboano, a coastal fishing community in Ekumfi district. The proposal was part of China’s aggressive push for coal development across the globe; its energy companies are projected to comprise nearly half of new coal generation worldwide in the next decade. The Ekumfi project, proposed by the Volta River Authority and Shenzhen Energy Group, required a $1.5 billion loan from the China African Development Fund to finance both the coal power plant and port. Because Ghana has no coal reserves, the port was an essential part of the plan for importing the raw materials—a proposed 2 million tons annually from South Africa.

Eyes on the Future of Ghana

Chibeze “Chi” Ezekiel, 40, is the national coordinator of 350 Ghana Reducing Our Carbon (350 GROC), an affiliate of the environmental NGO 350.org; he also founded Strategic Youth Network for Development, an organization that harnesses the power of youth to make environmental and social change in Ghana. For more than a decade, Ezekiel has organized Ghana’s youth around environmental sustainability and climate change issues. He is committed to empowering the next generation of environmentalists and giving them a voice, and follows the motto to “leave no one behind.”

Upon learning about the proposed coal plant and port in Ekumfi in 2013, Ezekiel and 350 GROC launched a campaign to raise awareness of its inherent risks for the people of Ghana. He forged a coalition with grassroots youth organizations and others, organized press conferences, gave media interviews, launched a social media campaign, and wrote public opinion papers on coal and Ghana’s energy future.

An essential part of the operation was a public information campaign. Initially, community members were drawn to the promise of jobs and economic opportunity through the coal project; for them, environmental concerns were secondary to struggles for food, water, and basic necessities. However, Ezekiel designed outreach materials to help communities understand the danger of coal in the face of misinformation and propaganda. He presented the facts to local leaders and residents, explaining the health and environmental costs of coal in contrast to renewable energy; he showed videos on coal’s devastating environmental impacts in other communities; and demonstrated the real risk that the coal plant could contaminate food, destroy clean drinking water, and harm people’s health.

In 2016, the Volta River Authority pitched the local communities on the proposal, asserting that the coal plant would be clean and safe for residents. However, because of Ezekiel’s groundwork, community members were prepared to question and counter these claims.

Finally, on October 10, 2016, Ghana’s environmental minister announced that the 700-MW Ekumfi coal plant would not be built, and, in May 2017, plans for the port were abandoned. In June 2017, the Ghanaian president announced that new power projects would only be renewable energy-based. Ezekiel’s activism prevented the construction of Ghana’s first coal power plant and port with a coal terminal, and stopped the coal industry from establishing itself as part of the nation’s energy system. In February 2019, Ghana’s national government released the Renewable Energy Master Plan, a comprehensive plan with energy targets for 2030, signaling the government’s commitment to renewable energy.

Ezekiel’s campaign blocked the coal industry from gaining a foothold in Ghana and continues to push for investments in renewable energy. 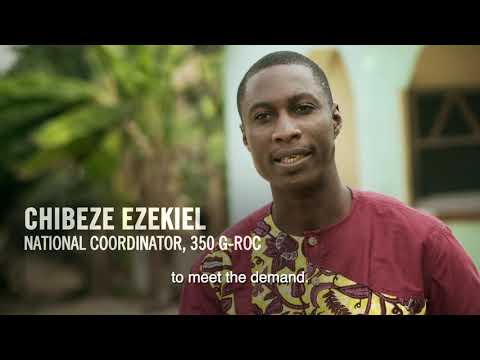 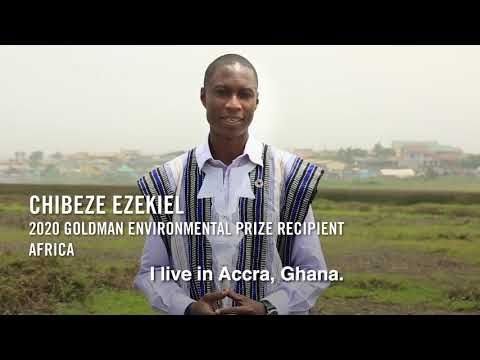 In Ghana, an Activist Forms a Coalition Against Coal

2020 Recipient for South and Central America