Movers and Shakers: Three Women Who Won the Goldman Environmental Prize and Changed the World

Not surprisingly, nearly half of the 188 Goldman Prize winners have been women.

To commemorate Women’s History Month, the Goldman Environmental Prize is celebrating the work of the 79 extraordinary women who won the Prize. Here are three of their stories. 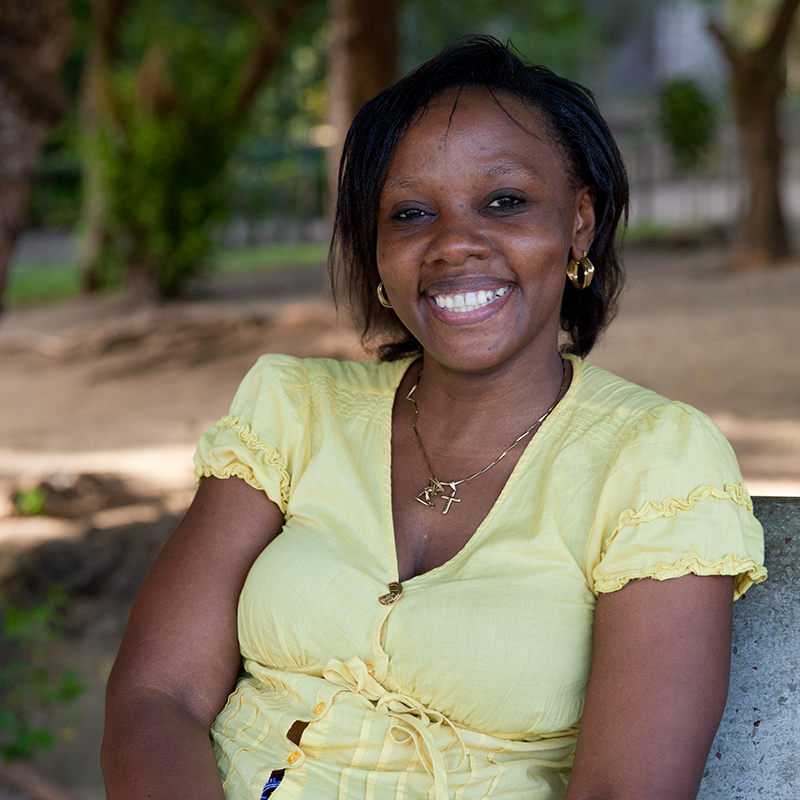 Phyllis Omido is sometimes called “the East African Erin Brockovich” for her tireless efforts to shut down a toxic smelting factory that was leeching chemicals into her community’s—in the Mombasa shanty town of Owino Uhuru—water supply, air, and soil, causing children—including her own infant son—to register extraordinarily high levels of lead in their blood. For forcing the closure of the factory, Omido was awarded the Goldman Environmental Prize in 2015.

Later, Omido learned that Mombasa was not alone—many industrial plants were releasing deadly chemicals into the environment throughout Kenya. She gathered the evidence, lobbied the government, led protests, and galvanized thousands of people, forcing the closure of more than 10 other smelting plants.

In the four years since, Omido has stepped up her activism, co-founding the Center for Justice, Governance and Environmental Action (CJGEA), which advocates for a host of environmental protections in Kenya. CJGEA is now leading a class-action lawsuit, funded in part by the UN Commission on Human Rights, on behalf of victims of lead poisoning, alleging that the Kenyan government and private industries have violated Kenyan law and several international treaties. If the judge finds for the litigants, the government and companies will be required to clean up the contaminated soil, remove lead, fund medical treatment, and compensate the victims. Omido says that she is confident that the court will rule in their favor.

Omido credits the Prize for giving her the scaffolding and support to apply the pressure that is slowly forcing the Kenyan government to begin to reckon with its environmental legacy.

“Before I won the Prize, I was just a community organizer, and I struggled to get my petition heard in the Kenyan Senate,” she says. “But then with the Prize, I got a bigger profile, and got heard in the Senate. For example, the government actually put together a special task force to come up with environmental safety recommendations.”

Omido has used her elevated platform to push for protections, not just in Kenya, but also in other sub-Saharan countries. In 2016, CJGEA partnered with the Oko-Institut in Germany to conduct research on lead levels in communities in Kenya, Ethiopia, Cameroon, and Tanzania. “We found crazy high levels of lead within these countries,” she says.

The two groups created a report, “A Deadly Business,” and presented it to the United Nations’ Environmental Assembly in 2016 to push for a resolution on lead battery recycling in Africa. It passed in 2017.

“That awareness has allowed us to apply pressure to help protect vulnerable communities,” says Omido. “Before, most people in Africa did not understand about lead poisoning or know about their exposure to it.”

As a Prize recipient, Omido has had the opportunity to meet and share with people championing similar issues in other countries, including attending a gathering of dozens of former African Goldman Environmental Prize winners in Tanzania in 2018 through the Prize’s Networking program. Additionally, she has developed a close relationship with fellow Prize winner Olga Speranskaya of Russia, and has joined Speranskaya’s organization, IPEN, which is dedicated to eliminating toxic substances.

“Because the Goldman Prize brought us together, Phyllis and I have been able to learn from each other, and we are inspired by each other’s campaigns and successes,” says Speranskaya. “We share losses and celebrate victories. Together, we can make a huge difference and build a legacy that will inspire future generations.” 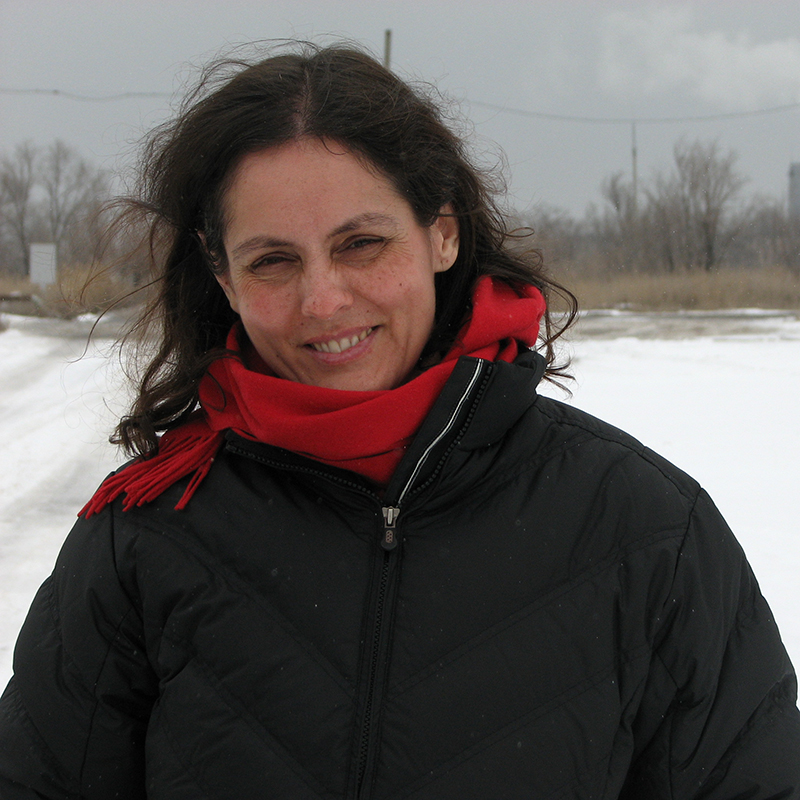 Since winning the Goldman Environmental Prize in 2009, Russian physicist Olga Speranskaya has used the exposure and support provided by the Prize as a springboard to significantly expand her work.

Speranskaya was awarded the Prize for successfully leading an effort to combat the rampant use of toxic pollutants in the former Soviet Union (FSU). She formed a network of citizens, NGOs, and government bodies to raise awareness of the effect of pollutants on human health, and successfully campaigned to convince nine FSU nations to ratify the Stockholm Convention, a treaty aimed at eliminating the release of organic pollutants into the environment.

In the 10 years since winning the Prize, Speranskaya has significantly stepped up her activism and amplified the impact of her work. In 2010, she was named the co-chair of IPEN, a global coalition of 600 NGOs and other organizations in more than 100 countries working toward chemical safety around the world.

Last year, Speranskaya launched a new organization, Health and Environmental Justice Support (HEJS), which focuses on reducing chemicals and waste by providing technical and financial support to groups worldwide. HEJS has also formed environmental justice networks that work on specific projects related to the impact of toxic chemicals on women and children, such as pollutants in toys and other products, or the regulation of pesticides used in farming.

Speranskaya says that the support provided by the Prize was instrumental in her ability to form HEJS and gain a broader platform.

“Winning the Prize demonstrated that the work I was doing was important,” she says. “It means that people value what we do and take us more seriously. For example, when you work for an NGO, government officials don’t consider you worthy of their attention. But when I won the Prize, that changed immediately; now you are an internationally recognized expert, and you and the organizations you work for cannot be ignored.”

The Prize also provided direct support by helping to sponsor regional conferences—through its Networking program—in the FSU on how to address toxic pollutants.

“Historically, this region has been isolated, even abandoned [by NGOs and the international environmental movement], because of the language barrier, and the fact that these countries have a poor democratic tradition,” Speranskaya says. “So, when we won the Prize, we were able to organize three meetings in the region. That would not have been possible, financially or technically, without the Prize.”

The Prize also helped support an IPEN Global Meeting in San Francisco in 2016. The conference included former Prize winners who worked on related issues in their countries. Speranskaya notes that this meeting was groundbreaking, as it was the first IPEN conference that explored how toxic chemical exposure was both a human rights and environmental justice issue.

“This meeting was so meaningful and exciting,” she says. “Other Prize winners attended, and it was so powerful. We didn’t know each other before we came together, and it felt like we were all part of a global movement that united us.”

Over the next few years, one of Speranskaya’s goals is to bring more women into the environmental justice movement.

“I want to make women a powerful force in addressing toxic chemical exposure,” she says. “Now, women are much less recognized as global players. We want to form a network of women’s groups around the globe—not just in developing countries. Toxic pollution has no borders, and women and children are disproportionately affected. Women need to have their voices heard.” 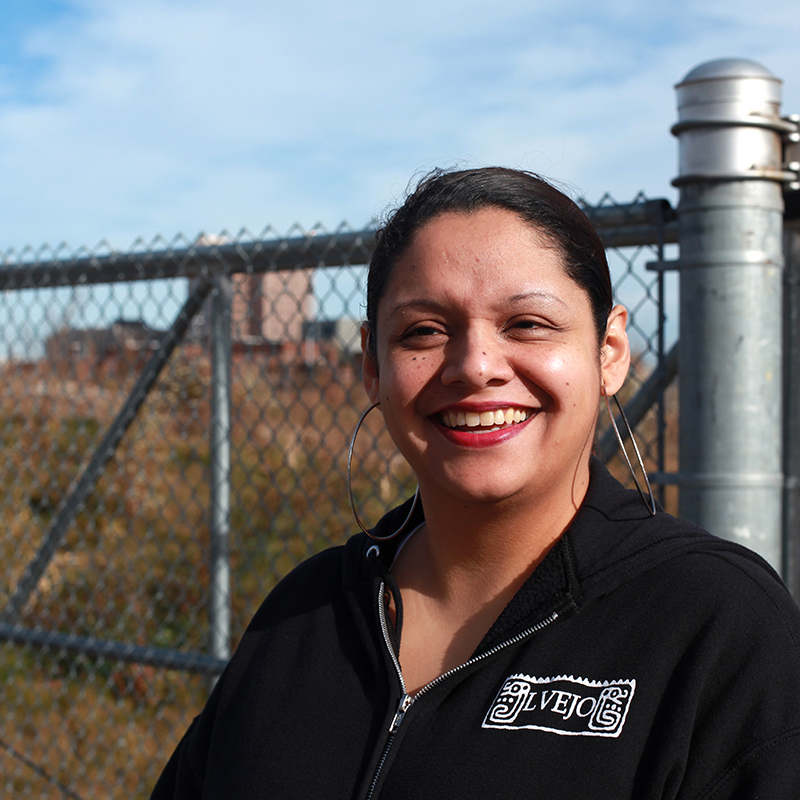 In 2014, the Little Village Environmental Justice Organization (LVEJO), of which Wasserman is the executive director, celebrated the opening of a 24-acre park in Little Village—the original goal behind its founding 20 years earlier.

“When the park opened, we said to ourselves, ‘we can retire now!'” jokes Wasserman. “’What is left for us to do?”

Plenty. Over the last five years, the organization has shifted its focus from addressing environmental injustices to proactively working to prevent them. Wasserman credits the Prize in part for giving her and LVEJO the latitude and freedom to take a deep dive into studying local land use and development laws and practices so that the community has an informed say in what gets built within its boundaries.

“The Goldman Prize gave us the ability to assess where we want to go and how do we get there?” says Wasserman. “The Prize helped lift up our victories, solidified our work, and gave us a stamp of legitimacy in Chicago. Now the mayor and local officials have to take us seriously.”

Wasserman is currently leading fights on multiple fronts. Little Village, situated in the southwest corner of Chicago, is a dense, low-income neighborhood of 100,000 people, predominantly Latino. Historically zoned as industrial, with pollution-spewing companies right next to elementary schools, Wasserman and LVEJO forced the city to change the zoning of the neighborhood to multi-use.

While that rezoning has reduced exposure to toxic chemicals from coal plants, ironically, it has led the city administration to explore transforming one of the decommissioned coal plants into a 1,000,000 square foot warehouse and distribution center (for companies such as Amazon or Walmart), which would bring contaminating, diesel trucks into Little Village.

Wasserman notes that, because of the Prize, she feels that the organization is now in a stronger position to fight these battles.

“After winning the Goldman Prize I took a leave of absence because I was so burned out,” says Wasserman. “I also realized I wasn’t prepared for the limelight the Prize brought with it. So this led to a period of self-reflection, in which I realized I needed a healthier work environment. Because of the funding from the Prize, we were able to bring in a new executive director and do what was needed to change the culture of the organization. When I came back, I returned to a very supportive staff and culture that made all the difference for me, and allowed me to continue this important work.”

May Phyllis, Olga, and Kim continue to fight and win for years to come.

Go to the blog 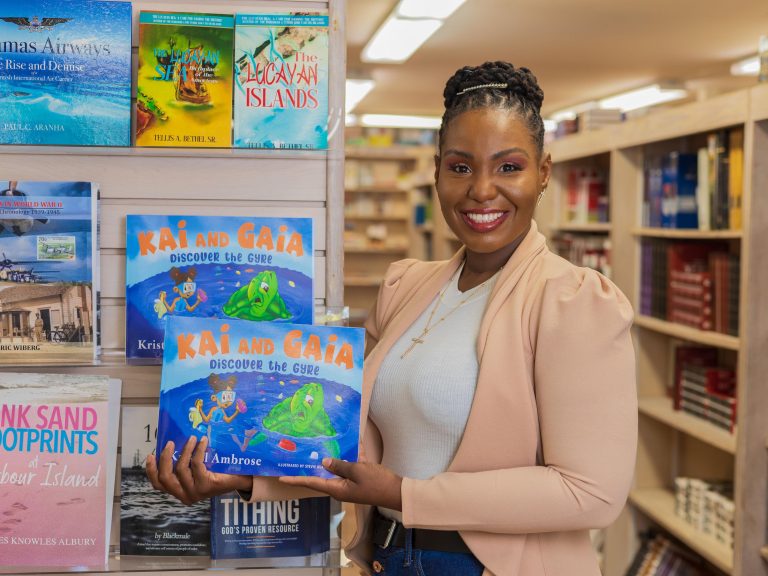 For Kristal Ambrose, World Oceans Day is every day. A 2020 Goldman Prize winner, Kristal—nicknamed “Kristal Ocean”—rallied her community in the Bahamas to protect the seas, passing one of the most stringent plastic bans to date: the categorical ban of single-use plastics, which account for one-third of all plastic in our oceans. On the frontlines … Continue reading Movers and Shakers: Three Women Who Won the Goldman Environmental Prize and Changed the World 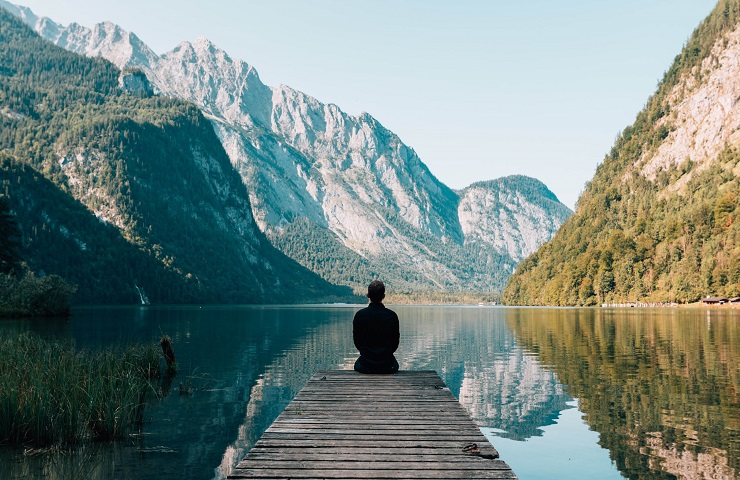 What Environmental Justice Means—and Why it Matters 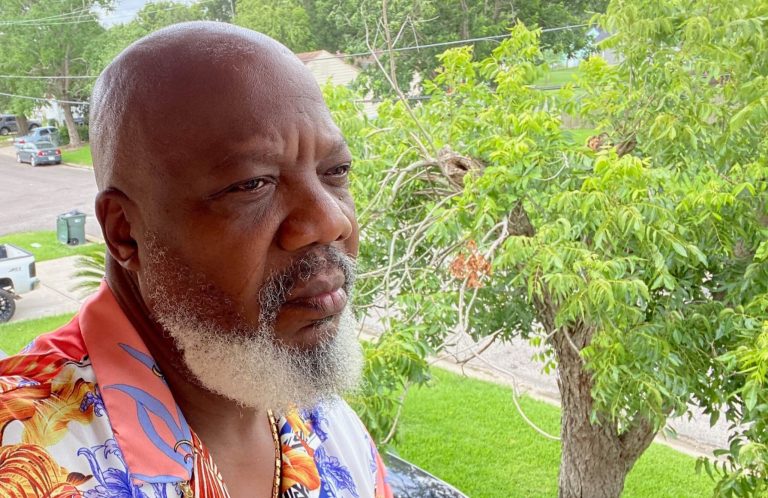 Prize Winners Today: How Hilton Kelley is Building Community against a Backdrop of Environmental Injustice

A Community Leader The day before our interview, environmental justice champion Hilton Kelley (United States, 2011) was celebrating his granddaughter’s birthday—“the big 10.” With powerful, broad shoulders and a thick, white beard, it’s easy to see how the former actor embodies the role of a slightly intimidating but nonetheless jovial grandfather. It’s a responsibility that … Continue reading Movers and Shakers: Three Women Who Won the Goldman Environmental Prize and Changed the World