Russian scientist Olga Speranskaya successfully transformed the NGO community in Eastern Europe, the Caucasus and Central Asia into a potent, participatory force working to identify and eliminate the Soviet legacy of toxic chemicals in the environment.

Speranskaya formed a civil society network that has grown to include NGO groups, governmental bodies, and academia in 11 former Soviet states. Together in equal partnerships with NGOs all over the region, she has focused on phasing out toxic chemicals and reducing harmful exposures to human health and the environment. Her leadership and the collective efforts of thousands of people are helping to turn around a legacy of pollution with impunity to one of proper care and attention. The EECCA NGO campaign towards a toxic-free future succeeded in pushing the national governments to ratify the Stockholm Convention, which would eliminate the release of persistent organic pollutants into the environment; 9 of 12 countries in this region ratified the Convention and now participate as full Parties at its global meetings.

The countries of the EECCA region are home to vast stockpiles of highly toxic obsolete pesticides and polychlorinated biphenyls (PCBs). These are among 12 of the world’s most toxic chemicals called persistent organic pollutants (POPs). Exposure to POPs can lead to reproductive, endocrine, and hormonal disruption, neurological behavior disorders, and birth defects.

During the Soviet era, the EECCA republics served as the breadbasket of the country. As part of an agricultural assistance program, they received huge amounts of pesticides to aid in food production. After the collapse of the USSR, many of these countries lost control of the system completely, with stockpiles left unguarded and obsolete chemicals improperly stored. Moldova sent their stockpiles to France for elimination but other countries did not have this opportunity.

Most of the stockpiles are found in poor, agricultural communities where unknowing farmers use the toxic chemicals on local crops or in their backyards gardens. Although many POPs, such as the pesticide DDT, are no longer in production, they continue to significantly harm human health and ecosystems due to their persistent and bioaccumulative properties, and ability to travel long distances away from their original sources. As a result they continue to poison people and the environment in invisible ways. Improper storage of obsolete stockpiles and broken containers leak into the soil, contaminating the water supply and crops, worsening the situation and providing additional opportunity for toxic release. In some parts of Central Asia, where DDT is available for purchase in open markets, the toxic, banned chemical is still used to make fruit stay fresh longer.

Today, toxic substances are buried in ditches and stored in dilapidated buildings throughout the EECCA region. Governments lack the capacity, financial resources and will to systematically locate, quantify, monitor, inspect and identify the toxic chemicals. Many of the stockpiles are not recorded as part of national inventories. Poor regulations compound the problem as industry generates thousands of additional tons of hazardous waste.

Olga Speranskaya is Director of the Chemical Safety Program at the Eco-Accord Center for Environment and Sustainable Development (Eco-Accord), where she has worked since 1997. Speranskaya holds a doctorate in physics from the Russian Academy of Sciences. Prior to joining Eco-Accord, she was a scientific researcher at the Institute of Oceanology.

In 1992, Speranskaya won the Financial Times’s David Thomas Prize for her essay, “What Will the Collapse of Communism Do to the Environment?” Winning this prize prompted Speranskaya to change the focus of her career, eventually leading her to Eco-Accord. Since 1997, Speranskaya has worked to create awareness of the health dangers of toxic chemicals. With the belief that the key to dealing with the Soviet toxic legacy was an energized, empowered, public-interest NGO community, Speranskaya helped to connect small NGO groups throughout EECCA to a single advocacy network working together to pressure governments to acknowledge and clean up toxic sites. In the ensuing years, she has led campaigns to eliminate persistent organic pollutants (POPs), fought to ban the burial and transport of hazardous chemicals, provided information to government decision-makers for policy changes and fostered civil society participation. In all of these campaigns her work has shown a sensitivity to the delicate political contexts that NGOs work in, and as a result in many cases there is now government and NGO cooperation to protect public health far into the future.

Soon after joining Eco-Accord, she took charge of the organization’s news service that informs the public about the environment, sustainable development and chemical safety information not usually available in digest form. Today, this news service has over 3,000 business, government, NGO and citizen subscribers who count on Eco-Accord to translate and summarize technical and scientific details and often complex policy decisions into simpler terms. Information on international negotiations on toxic chemicals and activities of international groups provided by the service helped to make a bridge between isolated local organizations in the EECCA and the international community. The service has also linked EECCA civil society groups to international networks, where they have been able to exchange information and participate in global activities.

In 1999, Speranskaya became involved in the worldwide effort to eliminate POPs through the creation of the Stockholm Convention. Her participation in the International POPs Elimination Network (IPEN) not only connected NGOs in the region with technical and financial resources from the rest of the world, it also brought these NGOs into a vast coalition that speaks with one voice. The Convention, which officially went into effect in 2004, calls for the elimination and reduction of the release of POPs into the environment. Her campaign and the public pressure created by it greatly contributed to the ratification of the Convention by the EECCA countries; 9 of 12 countries of this region ratified the Convention and now participate as full Parties at its global meetings.

In 2004, Speranskaya was nominated by her NGO peers to be Regional Director of the International POPs Elimination Project (IPEP) for the EECCA countries. Over the past few years, Speranskaya has helped NGOs implement more than 70 projects on toxic chemicals in Azerbaijan, Armenia, Belarus, Georgia, Moldova, Kazakhstan, Kyrgyzstan, Russia, Ukraine, and Uzbekistan. The NGOs have identified contaminated hotspots, analyzed the health impacts of POPs, developed proposals for mitigating these poisonous chemicals, and coordinated public participation in the identification of unauthorized storage and use of banned and obsolete chemicals. Since the completion of this effort in 2007, Speranskaya continues her work to develop a chemical management and clean up plan for the region. Collectively, these and other projects are shaping the EECCA region’s approach to toxic chemical-free future.

Speranskaya has succeeded in fostering civil society participation in countries that at the time of the breakup of the Soviet Union lacked an active environmental movement and had no tradition of participatory democracy. Her dedication to this work has enabled dozens of citizen groups and NGOs in Russia and other EECCA countries to tackle the overwhelming problem of toxic chemical pollution locally and nationally.

Together with Eco-Accord, Speranskaya is now leading a program which builds grassroots support for the ratification and implementation of the Minamata Convention on Mercury in Eastern Europe and Central Asia, where mercury pollution from decommissioned industrial plants pose serious health hazards. This program is being supported by the Jewish Community Foundation and the Goldman Environmental Foundation. 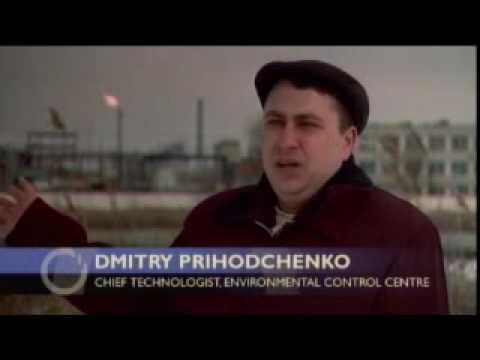 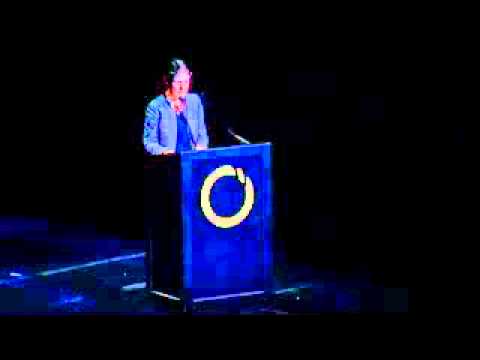 In the last few months, we have been lucky to catch up with several past Prize recipients as they’ve traveled through the Bay Area for various events. First we caught ...Read More

Russian scientist Olga Speranskaya was awarded the Goldman Prize in 2009 for her work to transform the NGO community in the Eastern Europe, Caucasus and Central Asian (EECCA) region into ...Read More

We are pleased to announce that on June 27, Russia ratified the Stockholm Convention on Persistent Organic Pollutants (POPs). Russia signed the convention back in 2002, and while it has ...Read More

2009 Recipient for South and Central America

2009 Recipient for Islands and Island Nations