In the midst of an onslaught of coal development in Australia, octogenarian Wendy Bowman stopped a powerful multinational mining company from taking her family farm and protected her community in Hunter Valley from further pollution and environmental destruction.

New South Wales (NSW), on Australia’s eastern coast, is a region with a rich agricultural history. Dairy farms, ranches, race horse farms, and vineyards dot the rural landscape in Hunter Valley, where descendants of some of the island’s earliest settlers have been working the land for generations. However, in recent years, the region’s farms have become islands surrounded by oceans of open-pit coal mines.

Under directives to prioritize economic growth above all else, the government is issuing coal licenses with little regard to mining’s impact on local residents’ lives. Almost two-thirds of the Hunter Valley floor have been given away in coal concessions, producing 145 million tons of coal every year. Some of it is burned at nearby coal-powered plants but the majority is shipped off to foreign markets, helping to cement Australia’s place as the world’s largest coal exporting country.

Coal mining has displaced many landowners in the valley. Those who remain live surrounded by around-the-clock blasting and heavy equipment operation. Coal dust settles onto houses, farmland, and water sources. When the wind blows, residents shut all doors and windows and stay inside. A survey by a local physician found that one in five children in the valley have lost some 20% of their lung capacity; asthma, heart disease, cancer, and mental health problems are on the rise.

Wendy Bowman is one of the last residents left in Camberwell, a small village in Hunter Valley surrounded on three sides by coal mining. She married a farmer and took over the family business after her husband’s untimely death in 1984. She had to quickly learn how to manage a farm, and abruptly encountered the harsh reality of what coal development was doing to the local community.

Landowners were being forced to move off their property with little say or explanation of their rights. In fact, they often found out their land had been leased to mining companies by reading about it in the local newspaper, where the government posted notices. Coal companies created divisions within the community by offering huge sums of money to select landowners and imposing a gag order on the terms of the deals.

In 1988, just four years after losing her husband, Bowman’s crops suffered a devastating failure. A coal mine had tunneled under a creek that irrigated her farm, and the heavy metals in the water caused the crops to die. Around the same time, another mine broke ground on nearby land, causing constant noise and light pollution. Coal dust from the mine covered her fields, and the cows refused to eat. After a contentious four-year battle, Bowman convinced the mine to buy out her farm that had been destroyed by mining. In 2005, she was forced to relocate again when she was served an eviction notice—and given six weeks to move to make room for a coal mine. She eventually settled down in Rosedale, a small cattle farm in Camberwell. But her battle against coal was far from over.

In 2010, Chinese-owned Yancoal proposed to extend the Ashton South East Open Cut mine, which would bring mining operations onto Bowman’s grazing lands and the banks of one of Hunter River’s most important water tributaries. Bowman was determined to stay and protect the community’s health, land, and water from further destruction.

The Ashton mine expansion was initially opposed by the regional government agencies because of concerns about the mine’s air and water pollution. Yancoal appealed in 2012, and the planning committee approved the project. By early 2015, more than 87% of homeowners in the proposed mining area had sold their property.

As one of the few landowners left in the area, Bowman became a key plaintiff in a public interest lawsuit to fight back the mine expansion. Given that more than half of the coal for the proposed mine is under Bowman’s property, her refusal to sell was a significant factor in the case.

The Land and Environment Court issued its ruling in December 2014: The Ashton expansion could proceed, but only if Yancoal could get Bowman to sell them her land. It was the first time an Australian court placed this kind of restriction on a mining company. The New South Wales Court of Appeals affirmed the lower court’s decision, effectively stopping the mine expansion in its tracks.

Bowman has refused offers of millions from Yancoal, and is now working on a plan to have Rosedale protected in perpetuity. She continues to be an advocate for the community’s health and environment, and has worked with the local health department to place air monitors near coal mines. She has also recently installed solar panels on her property, and envisions an energy future where Hunter Valley is powered by its abundant sun and wind. 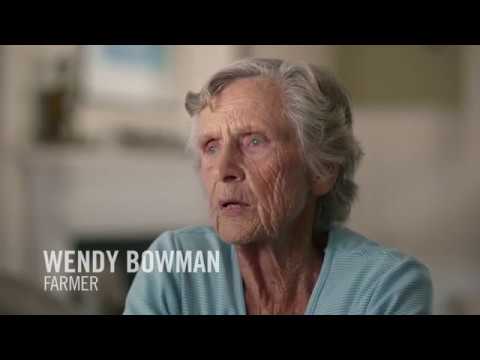 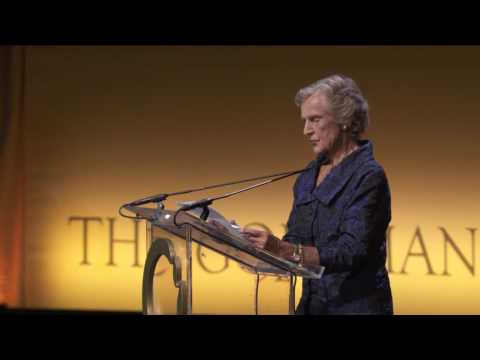 New South Wales is a region with a rich agricultural history. However, in recent years, the region's dairy farms, vineyards, and ranches have become islands surrounded by oceans of open-pit coal mines. (Photo: Goldman Environmental Prize)

Bowman married a farmer and took over the family business after her husband’s untimely death. (Photo: Goldman Environmental Prize)

As one of the few landowners left in the area, Bowman became a key plaintiff in a public interest lawsuit to fight back Yancoal's expasion of the Ashton coal mine. (Photo: Goldman Environmental Prize)

Given that more than half of the coal for the proposed mine is under Bowman’s property, her refusal to sell was a significant factor in the case. (Photo: Goldman Environmental Prize)

Bowman has refused offers of millions from Yancoal, and is now working on a plan to have Rosedale protected in perpetuity. (Photo: Goldman Environmental Prize)

In our latest Q&A, 2017 Prize winner Wendy Bowman shares about her work with the Hunter Environment Lobby in her fight against the expansion of coal mining at her farm, ...Read More

Wendy Bowman Shall Not Be Moved

Myriah Cornwell, Program Officer for Islands and Island Nations looks back at her first encounter with Wendy Bowman, one of the latest recipients of the Prize at her home in ...Read More

Cashing in on coal: Australia shows little sign on shutting down its mines

In Australia’s coal country, the mines are booming — but their costs are ever present