Bangladesh is one of only a few countries in the world with a thriving ship breaking industry. Decommissioned ships from around the world are sent to Bangladesh and dismantled by hand on the beaches by unskilled workers who are often paid less than $1 per day. Coveted for their valuable steel and other scrap metals, aging vessels are sold to ship breaking yards and taken apart piece by piece with torches and other small tools, resulting in toxic contamination of the coastal waters and serious health hazards for the 20,000 workers. The ships, laden with asbestos, polychlorinated biphenyls (PCBs), lead, arsenic, and other substances, leach toxic chemicals into the environment. Ecosystems have been heavily polluted and hundreds of workers have been maimed or killed in the process, as they dismantle the ships with little or no protective equipment. Although Bangladesh has laws for labor welfare and environmentally appropriate waste management, they are rarely enforced.

The 20,000 workers are mostly young men, some as young as 14, who come from the northern parts of Bangladesh, where food is scarce for much of the year. They are paid very little, housed in the most basic of shelters, and provided with little or no medical care. It is estimated that, on average, one ship breaking worker dies at the yards in Bangladesh every week, and every day one worker is injured.

Most ships sent to Bangladesh for breaking come from developed nations. Many countries, including the United States, have laws against sending ships to ship breaking yards. However, because of the lucrative nature of the industry, it is not uncommon for ships to be routed through other ports, changing country-of-origin flags before docking in Bangladesh.

From 2005 to 2007, more than 250 ships, with a total weight in excess of 2.5 million tons, were broken on the shores of Bangladesh. Ninety-five percent of each ship was comprised of steel coated with between 10 and 100 tons of paint containing lead, cadmium, arsenic, zinc, and chromium. Many ships also contained a wide range of other hazardous materials—PCBs, asbestos, and several thousands liters of oil and grease—defined as hazardous under the 1995 Basel Convention, which bans the export of toxic waste. These chemicals have inflicted serious damage on the environment, polluting beaches, coastal waters, and seaside ecosystems.

Ship breaking yard owners profit from the immense resale value of the scrap material torn from the aging ships. Bangladesh, a country without sufficient mineral deposits for metal mining, relies on the iron and other materials from the ships for some of its metal. The scrap metal along with other parts of the ships, including sinks, toilets, beds, appliances, and light bulbs, are resold in huge open markets lining the roads of Chittagong, the main ship breaking region. This intricate recycling market fuels the ship breaking industry.

Syeda Rizwana Hasan is a lawyer and executive director of the Bangladesh Environmental Lawyers Association (BELA), a public interest law firm. Growing up in a politically engaged family, Hasan committed herself to public service and, after receiving her master’s degree in law at age 24, joined BELA. She soon became one of the country’s leading voices for the environment. Today, Hasan manages six offices with nearly 60 staff and is one of the leading young lawyers enrolled with the Supreme Court of Bangladesh.

Recognizing the significant environmental and labor violations within the ship breaking industry, Hasan began her advocacy on behalf of the workers. In 2003, she filed a petition with the Supreme Court seeking an order to prevent aging ships from entering Bangladesh unless they were certified to be free of toxic substances as required by the Basel Convention, and to prohibit further ship breaking activities unless the relevant government agencies enacted and enforced standards for protection of the environment and workers.

Subsequently, Hasan initiated a legal battle against the import of ships listed as hazardous by Greenpeace. In January 2006, she filed petitions seeking to deny the entry of two toxin-laden ships, the MT Alfaship and the SS Norway. In February 2006, the Ministry of Environment banned the entry of the SS Norway into Bangladesh, and, in May 2006, due to the stay order of the court, the MT Alfaship had to leave the territorial waters. In the case filed against the entry of MT Alfaship, the High Court of Bangladesh observed that the government should frame rules to prevent the entry of such hazardous ships to Bangladesh.

However, the government opted to develop only non-binding policies, and a third listed ship, the MT Enterprise, entered Bangladesh in 2006. Hasan again managed to obtain the necessary injunction against the breaking of the ship. However, an interim appeal went against her, allowing the ship to beach and breaking to begin. She filed another application with the court and got an injunction against the breaking. This time, the ship breaking company violated the court order and continued to break. A contempt petition was then filed. The court ordered that compensatory fees be paid by the ship breaking company and directed imprisonment if the company failed to pay. For the first time in the judicial history of Bangladesh, a polluter was fined. Despite the fact that a substantial part of the ship was already dismantled, the breaking was halted due to the stay from the Court. Appeals have been filed, and the case is ongoing, though it is unlikely the Court will rule in favor of the ship breaking company. Following these cases, the government has finally begun framing binding rules to regulate the ship breaking industry.

Hasan is not against the dismantling of ships, but wants to ensure that the ships’ toxic materials have been disposed of prior to landing in Bangladesh and that the workers are protected and compensated. In January 2008, the Supreme Court called upon government agencies, including shipping, commerce, environment, industry, and labor, to show cause why appropriate safety and labor welfare measures as required under the Factories Act shall not be enforced. The court also issued a further ruling directing government agencies to take steps to protect ship breaking workers and ensure adequate compensate for them against injury or death. Hasan and BELA continue to monitor the workers’ health and safety, serving as advocates when workers are injured and require compensation.

In March 2009, the Supreme Court imposed tight regulations on the industry. It directed the closure of all 36 ship breaking yards operating without environmental clearance. It also enacted restrictions on the import of Greenpeace-listed contaminated ships and directed pre-cleaning, at origin or before entering Bangladesh, of all ships to be imported for breaking. The court also ruled that a committee will monitor the implementation of this order.

Hasan plans to continue her advocacy to ensure that the rulings are upheld and enforced while also fighting for stricter environmental regulations for Bangladesh’s ship breaking industry. Such laws could influence ship breaking practices in other countries including India, Turkey, and Pakistan, which also lack environmental and worker safety controls. She also continues her legal advocacy focused on other environmental issues, including wetlands preservation, regulation of commercial shrimp farming, traditional forest rights preservation, vehicular pollution, and industrial pollution. 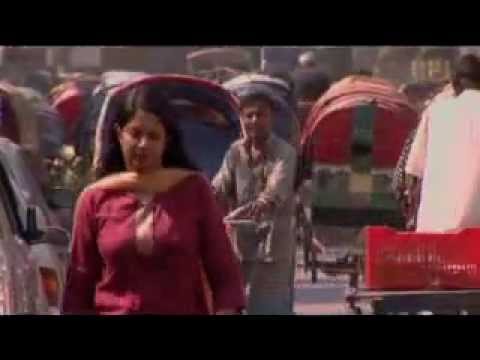 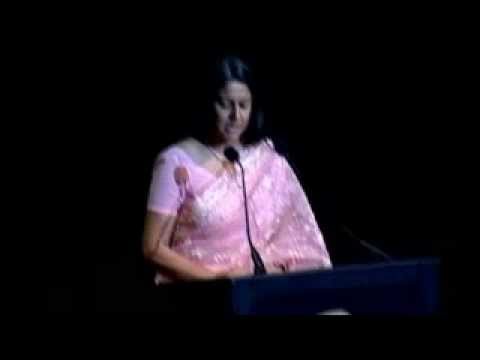 By Ellen Lomonico A conversation with Rizwana Hasan (Bangladesh, 2009) is like a crash course in international relations, environmental studies, and political economics rolled into one. She navigated our questions and led ...Read More

Pollution from the Garment Industry Wreaks Havoc across Asia

From China to Bangladesh, rivers run purple, blue and black with waste from garment factories. Locals say they can tell what colors are in fashion by looking at the river. ...Read More

Despite intense objection by shipbreaking yard owners, the Supreme Court once again asserted its position requiring all ships coming to Bangladesh for dismantling to be pre-cleaned of all toxic materials ...Read More

During John Kerry’s Visit, Bangladesh Will Urge US to Reduce Carbon Emissions

Protection of river to save agricultural economy, life-livelihood and environment: Role of state and citizens

Making the ship recycling industry clean up its act