As Russia expanded its petroleum and nuclear interest, Marina Rikhvanova worked to protect Siberia’s lake Baikal, one of the world’s most important bodies of fresh water, from environmental devastation brought on by these polluting industries.

Lake Baikal, the world’s oldest and deepest lake, is known as the “Galapagos of Russia.” It holds 20% of the world’s unfrozen freshwater reserve. Its age and isolation have created one of the world’s richest and most unusual collections of freshwater flora and fauna, including 1,700 endemic plant and animal species. Located in southeast Siberia, Lake Baikal provides a way of life for the local communities and is cherished by wilderness lovers from around the world. In 1996, it was declared an UNESCO World Heritage Site.

In 2002, the Russian government announced plans to build the longest petroleum pipeline in the world, extending 2,566 miles from eastern Siberia to an oil terminal on Russia’s Pacific coast through Lake Baikal basin. In 2005, Transneft, Russia’s state-owned oil company, decided to build the pipeline within a half-mile of Lake Baikal, despite concerns about possible oil spills and leakage. Marina Rikhvanova, co-chair and co-founder of Baikal Environmental Wave (the Wave), immediately opposed the plan and embarked on a four-year struggle to protect the lake.

Working within Russia’s increasingly repressive climate, Rikhvanova successfully led a national campaign that included rallying thousands in protest. Volunteers of the Wave and Baikal movement also obtained over 20,000 signatures and partnered with international organizations during the campaign. Due to these efforts, in April 2006, President Vladimir Putin ordered the pipeline to be rerouted away from the lake’s watershed. This marked a tremendous success for civil society and the environmental movement in Russia.

Nuclear Threats to the Lake
Despite the civic outcry to protect the region, threats continue to plague Lake Baikal. In late 2006, the Russian government announced plans to construct the International Uranium Enrichment Center near Angarsk on the grounds of an existing nuclear facility located just 50 miles from Lake Baikal. The purpose of the center is to enrich uranium transported from other countries and then return it to them for reuse. Once the uranium is enriched, only 10% of the radioactive material will be returned to the customer, leaving 90% behind for storage.

Russia is the only country in the world willing to take radioactive materials from other countries for processing, long-term storage, and burial. Countries that do not currently have nuclear infrastructure are willing to pay a premium to Russia to do this dangerous work. This budding industry poses significant environmental and health risks. Uranium tailings—post-enrichment waste in the form of sand—consist of extremely harmful radioactive and toxic uranium hexafluoride. These tailings are preserved outside in sealed containers. Should the containers be compromised as a result of a fire or otherwise, uranium hexafluoride would leak into the air and form fluoric acid. If the radioactive sand is left on the ground and allowed to dry, wind can deposit it onto vegetation, allowing radioactive materials to enter the food chain. It can also wash into rivers and lakes, contaminating them.

Rikhvanova and the Wave now lead the effort to stop construction of this uranium enrichment center. They are demanding that the required independent environmental impact assessment and review be carried out. In early 2007, she traveled to Moscow to protest the building of 40 new nuclear power plants across Russia, and, in the spring of 2007, she organized several protests in Irkutsk, one of which was attended by more than 1,000 people. Rikhvanova has also met with officials from the Russian Atomic Energy Agency, who agreed that if the local population was against the center, it would not be built. Despite the promise, plans for its construction continue. In July 2007, Rikhvanova hosted a No-Nukes Camp in Angarsk, one of many citizen training camps held that summer in the region. Camp participants attended trainings about how radioactive waste is imported into Russia, the danger of transporting nuclear materials, and the lack of information available to the public about plans for further nuclear development, with a focus on what civil society groups can do to help stop the project. 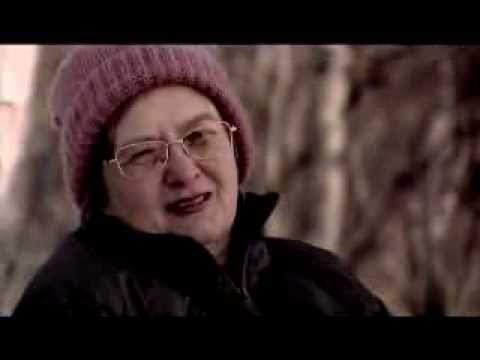 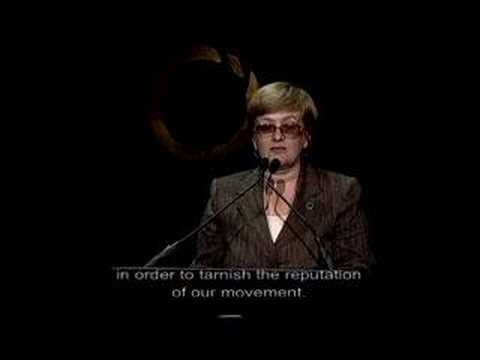 Mama Aleta Inspires at the 2014 Summit on Women and Climate

Earlier this month, over 80 female environmental activists from more than 37 countries gathered in Bali, Indonesia for the “2014 Summit on Women and Climate,” hosted by Global Greengrants Fund, ...Read More

In November 2012, Russia passed a law requiring non-governmental organizations (NGOs) to register as foreign agents if they engage in political activity and receive financial support from foreign donors. The ...Read More

In a New York Times investigative report released yesterday, Microsoft was implicated in the recent increase in Russian police seizures of computers and documents from civil society groups on grounds ...Read More

2008 Recipient for Islands and Island Nations