The Appalachian Mountains, stretching from Canada to Alabama along eastern North America, contains some of the most important forest ecosystems in North America. Central Appalachia, including West Virginia, is home to the most diverse hardwood forests in the region with oak, buckeye, birch, maple, beech, ash, and dogwood species. Central Appalachia’s headwater rivers and streams, historically some of the purest water on the continent, are the water source for millions of people.

Central Appalachia also contains coal, a critical fossil fuel resource. The coal industry has long been the backbone of the region’s economy and the main employer of generations of working-class families living in the Appalachian coalfields. In recent decades, mountaintop removal coal mining has become common in Central Appalachia. Different from traditional underground coal mining, mountaintop removal is highly mechanized and thus employs fewer workers. Companies first clear-cut a mountaintop and then blast an average of 800 feet off the top of the mountain in order to access coal seams that lie beneath. Rubble from the blasted mountains, often containing toxic debris, is dumped into adjacent valleys to form “valley fills.”

Without foliage and natural layers of soil, the land is rendered unable to retain water. As a result, flooding of communities below valley fills has become a severe and increasingly frequent problem. In December 2008, the Bush Administration approved a final rule that made it easier for coal companies to dump rock and other mine waste from mountaintop removal mining operations into nearby streams and valleys. Weakening what is known as the federal stream buffer rule, the rule is one of the most controversial environmental regulation changes that came out of the Bush Administration. By 2009, mountaintop removal coal mining in Central Appalachia had destroyed an estimated 470 mountains and had buried or polluted 2,000 miles of rivers and streams.

Maria Gunnoe was born and raised at the mouth of a narrow hollow in Boone County, West Virginia, now one of the most active mountaintop removal regions in the United States. Her family’s roots in the region date back to the early 1800s, when her ancestors escaped the forced removal of their Cherokee peoples from Georgia by walking along streams to the headwaters, settling safely in the fertile hollows of Central Appalachia. She comes from a long line of coal miners, including her Cherokee grandfather, who in the 1950s purchased the land where her home stands today.

Throughout much of rural Appalachia, a unique culture of survival and living off of the land has thrived for centuries. Gunnoe’s family instilled in her a deep connection to the forest and streams, where her community hunts, fishes, and gathers foods and medicinal plants throughout the seasons. This traditional rural culture is threatened by the invasive mining practices that dominate the region.

In 2000, a 1,200-acre mountaintop removal mine began on the ridge above Gunnoe’s home. Today, her house sits directly below a 10-story valley fill that contains two toxic ponds of mine waste comprised of run-off from the mine. Since the mine became operational, Gunnoe’s property has flooded more than seven times. Before mining began, Gunnoe’s property was never prone to such flooding. In a 2004 flood, much of Gunnoe’s ancestral home was destroyed and her yard was covered in toxic coal sludge. The coal company told her the damage was an “act of God.” As a result of mine waste, her well and ground water were contaminated, forcing her family to use bottled water for cooking and drinking.

In 2004, Gunnoe, a medical technician by training and former waitress, began volunteering with many local advocacy organizations and then working for the Ohio Valley Environmental Coalition (OVEC) to educate her neighbors about the environmental dangers of mountaintop removal. She organized monthly Boone County meetings, and soon provided community trainings on how to read mining permits, write letters to the editor, interface with the media, and protest using nonviolent methods. Gunnoe also created neighborhood groups to monitor coal companies for illegal behavior and to report toxic spills. She has encouraged other residents to speak at hearings about their concerns over mountaintop removal.

In March 2007, OVEC and partner groups won a federal lawsuit against the Army Corps of Engineers that repealed mountaintop removal valley fill permits in southern West Virginia granted without adequate environmental consideration, and banned issuance of new permits. In defiance of the federal judge’s orders, the Corps granted permits to Jupiter Holdings to construct two new valley fills above Gunnoe’s community at its Boone County mine. OVEC challenged the permits in federal court, and a hearing was scheduled for September 2007. Days before the hearing, Gunnoe organized a media training for 20 local residents, some of whom were scheduled to testify with her. However, at the community hall, more than 60 coal miners showed up and harassed Gunnoe and her neighbors, stopping the meeting and intimidating the group.

After the incident at the community hall, Gunnoe’s neighbors decided not to testify in the hearing challenging Jupiter Holdings’ permits. Gunnoe was the sole community resident to do so. In October 2007, federal district court Judge Robert Chambers ruled in favor of Gunnoe and OVEC and issued an injunction, ordering Jupiter Holdings to halt the construction of any new valley fills at its Boone County mine.

Gunnoe and a coalition of regional groups went on to advocate for the passage of the federal Clean Water Protection Act, and the reinstatement of the buffer zone rule that would strengthen environmental laws regulating mountaintop removal. She continues to work with Appalachian groups to promote viable renewable energy opportunities for the region.

Observers confirm that mine managers point to Gunnoe as an enemy of mine workers and their jobs, and have encouraged acts of harassment. Gunnoe has received numerous verbal threats on her life, and her children are frequently harassed at school. Gunnoe’s neighbors overheard people planning an arson attack on her home. Her daughter’s dog was shot dead, and “wanted” posters of Gunnoe have appeared in local convenience stores. Gunnoe has taken serious measures to protect both her family and property. 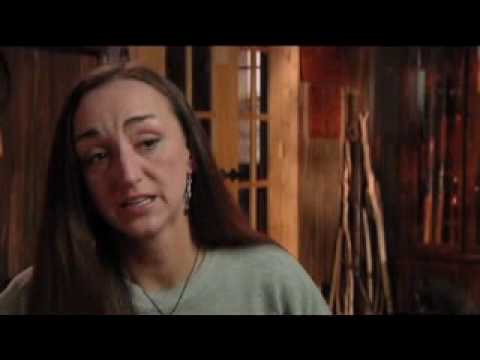 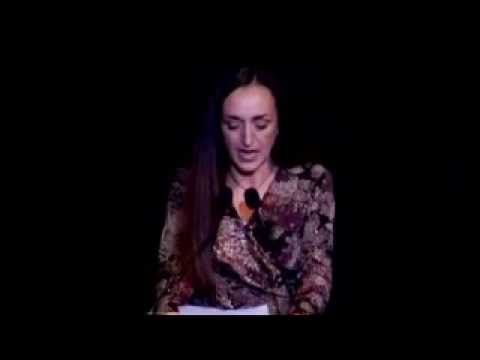 EPA Proposal Seeks to Cut Carbon Emissions by 30% by 2030

This week, the Environmental Protection Agency unveiled a proposal to cut carbon pollution from power plants by 30% from 2005 levels by 2030. The proposed regulation is the centerpiece of ...Read More

Photos and Highlights from “The Goldman Prize at 25”

Maria Gunnoe was awarded the Goldman Prize in 2009 for leading a campaign against the environmentally devastating practice of mountaintop removal coal mining (MTR). In the five years since winning ...Read More

The Goldman Prize at 25: A conversation with Prize winners Kimberly Wasserman and Maria Gunnoe

2009 Goldman Prize winner Maria Gunnoe is one of over 300,000 West Virginians whose water has been contaminated by a coal-related chemical spill. Gunnoe won the Goldman Prize in 2009 ...Read More

In honor of last week's World Water Day, we are taking a look back at a handful of Goldman Prize recipients who are working to protect one of our most ...Read More

Exports of Coal from Appalachia on the Rise

2009 Goldman Prize recipient Maria Gunnoe knows that the coal industry’s main priority is to make a profit, and that exporting coal to fast-growing economies like China is indeed profitable. ...Read More

The Goldman Prize Calls for Public Apology to Maria Gunnoe

On June 1st, 2012, Maria Gunnoe, 2009 Goldman Environmental Prize winner and tireless champion of Appalachian environmental and human rights, arrived at the Capitol building in Washington, DC. She was ...Read More

The House Subcommittee on Energy and Mineral Resources recently hosted a hearing in West Virginia to discuss the impact of coal mining regulations in Appalachia. While floor time was dominated ...Read More

Last night, CNN aired "Battle for Blair Mountain: Working in America," a documentary piece on coal mining hosted by Soledad O'Brien. While the piece makes an effort to represent both ...Read More

Fight Against Coal gets $50 Million Boost From Bloomberg

We were thrilled to hear yesterday’s announcement: New York Mayor Michael Bloomberg is donating $50 million to their campaign to eliminate the dirtiest coal-fired power plants. The funding will provide ...Read More

How far would you go to protect your home, your livelihood and your community? Robert F Kennedy Jr. joins Goldman Prize winner Maria Gunnoe (2009) in fighting on the front ...Read More

The voices of the thousands of Appalachians living with contaminated drinking water have finally been amplified over the past several days with a long-overdue announcement about halting mountaintop removal permits ...Read More

For Earth Day, Treat Yourself to an Inspiring Success Story

Battle raging in US mining country

2009 Recipient for South and Central America