Gabon is part of the Congo Basin Rainforest, the second largest rainforest in the world. Its 3,000-square-kilometer Ivindo National Park was established in 2002, when Gabonese President Omar Bongo, Africa’s longest-ruling leader, declared 10% of Gabon’s territory to be national park land. With rich biodiversity and endemic species, including populations of forest elephants, western lowland gorillas, chimpanzees, and forest buffalo, the park is cherished by the Gabonese people. The park is also home to the Kongou and Mingouli Falls, the most admired waterfalls in the equatorial forests of Africa, drawing international tourists to the rural West African country.

However, since 2002, the integrity of the national parks system has been repeatedly threatened by resource extraction and infrastructure development. Most critical is the proposed Belinga mine development project, a $3.5 billion project that includes a mine, a dam, railroads, and a deep-water port facility.

Throughout the project’s development, the parties associated with the Belinga mine have negotiated in secrecy. Affected communities were not consulted and remained largely unaware of the potential impacts that the dam and mining concession would have on their environment. In July 2007, the Chinese company CMEC, in flagrant violation of Gabon’s Environment Code, began constructing a road directly through Ivindo National Park to the waterfalls. No environmental impact assessment had been carried out. A project of this scale in a national park has implications for Gabon’s wider conservation efforts, possibly leading to the declassification of the national parks system as well as leaving vulnerable ecosystems exposed to logging and other destructive industries.

The project highlights the growing environmental concerns about Chinese investments in the region. Many African governments are drawn to the no-strings-attached approach of Chinese investment—aid or loans not linked to demands for good governance, transparency, or improvements in human rights, which are often required by Western governments.

Marc Ona Essangui is president and founder of the environmental NGO Brainforest and president of a network of NGOs called Environment Gabon. Wheelchair-bound due to childhood polio, Ona also works for handicapped rights and internet availability for Africans.

In a country that encourages foreign investment for development, Ona is a tireless voice protecting the forest and its people. In 2007, Ona located a leaked copy of the Belinga mine project agreement between the government and CMEC. Until then, the terms of the contract had been hidden from the Gabonese people. The contract stated that Gabon would receive only 10% of the mining profits while CMEC would receive a 25-year tax break.

Ona and his colleagues repeatedly called for a full environmental impact assessment of the proposed dam and advocated for an alternative site outside of the national park at Tsengué-Lélédi Falls, which they argued would be cheaper to build and of greater benefit to local communities. They also argued that the 7,700-square-kilometer Belinga concession would be excessive and lead to damaging environmental impacts. Brainforest, along with Environment Gabon, worked to inform local communities about their rights.

Due to Ona’s efforts, the government is re-evaluating the size of the Belinga concession. The area to be affected by the dam project has been substantially reduced from 5,700 to 600 square kilometers. The road through Ivindo Park was rerouted through less of the protected area, and President Bongo agreed to place two representatives of local NGOs from Environment Gabon on a social and environmental monitoring committee for the project.

Under intense public scrutiny led by Ona and aided by the World Bank, Gabon renegotiated the mining contract on more favorable terms in May 2008. However, the project is currently on hold, and it is unclear whether or not the Gabonese government will stand by calls for environmental responsibility and transparency.

Ona faces considerable personal risks in campaigning for environmental and social issues. In January 2008, the minister of the interior suspended the activities of the NGO coalition that Ona coordinates on the grounds that, “local NGOs were interfering in politics.” After much outcry, the suspension was lifted. In March 2008, a break-in at the office of Brainforest resulted in the loss of sensitive information relating to the Belinga mine project. Ona and his family were recently evicted from their home, as the landlord felt the risks of having an activist on his property were too great. Three times during 2008, the national police refused to let Ona travel out of the country, without explanation.

In December 2008, Ona and several other civil society leaders were arrested and held without charge and without access to legal representation in deplorable conditions in a basement cell for five days. Ona was later transferred to prison and charged with possession of documents allegedly for dissemination and propaganda with intent to incite rebellion against the state authorities, a charge that he denies. After media reports about the unlawful arrest from outlets in Africa, the EU, and the US, the government released Ona, though the charges have not yet been dropped. 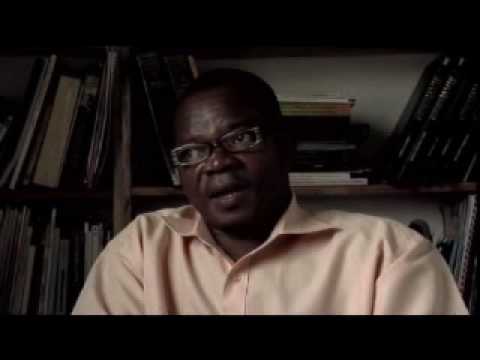 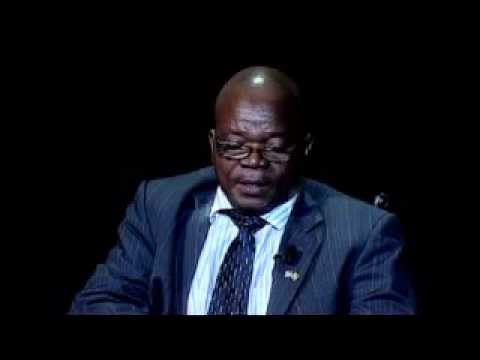 Marc Ona was awarded the Goldman Prize in 2009 for leading a campaign to publicly expose the unlawful agreements behind a huge mining project threatening the sensitive ecosystems of Gabon’s ...Read More

At the 2013 Goldman Prize award ceremony in Washington, DC, John Goldman (son of the late Richard and Rhoda Goldman and Vice President of the Goldman Environmental Foundation) gave a ...Read More

2009 Goldman Prize recipient, Marc Ona Essangui is facing possible jail time and a fee of nearly $10,000.00 US after being convicted of defamation by a Gabonese court last week. ...Read More

Gabon’s mangroves could fight climate change but are under threat

2009 Recipient for Islands and Island Nations