Manny Calonzo spearheaded an advocacy campaign that persuaded the Philippine government to enact a national ban on the production, use, and sale of lead paint. He then led the development of a third-party certification program to ensure that paint manufacturers meet this standard. As of 2017, 85% of the paint market in the Philippines has been certified as lead safe.

The hazards of lead paint have been well-documented and regulated in developed nations for more than 40 years. But lead paint remains a major environmental health issue in developing countries—including the Philippines. Studies conducted in the early 2000s revealed startlingly high levels of lead in decorative paint in more than 30 developing countries—showing lead levels routinely above 600 parts per million (ppm), and often higher than 10,000 ppm. The US allows lead levels of no more than 90 ppm.

Traditionally, lead is added to paint to help it dry smoother, faster, and be more opaque. High quality, cost-effective alternatives to lead ingredients exist and are used in developed countries. Unlike many environmental health issues, the science on lead poisoning is indisputable. Studies have shown that the presence of lead paint on home interiors and exteriors is strongly linked to lead levels in children’s blood. Over time, paint on surfaces will chip and deteriorate, which releases lead into the dust and soil around homes, schools, and other locations. Children playing in these environments get the soil or dust on their hands and ingest it through normal hand-to-mouth contact.

Taking initiative and leading the way

Manny Calonzo grew up in the city of Makati in metro Manila and has worked on consumer and human rights issues for over 30 years. He is a past president of the EcoWaste Coalition, a Philippine network of more than 150 community, church, school, environmental, and health groups that work for sustainable solutions to waste, climate change, and the control of toxic chemicals. After his term as president ended, he launched the EcoWaste campaign for lead-safe paint. He works to protect his fellow Filipinos and support and advise his counterparts in other Asian nations on lead contamination.

Under Calonzo’s leadership, EcoWaste conducted studies over the next four years, examining the lead content of paint and dust found in the environment surrounding Philippine homes, schools, and daycare centers. Attracting significant media attention, these studies were critical in establishing that high lead levels were ubiquitous and dangerous for Filipino children. Over the course of the campaign, Calonzo organized more than 100 public and media events to raise awareness about the prevalence of lead paint, and called for a mandatory standard for lead in paint.

Calonzo built alliances with members from the health sector and academia, and organized press conferences to provide expert opinions on the hazards of lead exposure. He reached out to the paint industry to build partnerships and, ultimately, secured its support for eliminating lead in paint.

In December 2013, the Philippine government announced the Chemical Control Order, establishing a legal maximum of 90 ppm for lead in paint. Recognizing the need for monitoring adherence to the policy, Calonzo worked with the paint industry and developed a plan for a voluntary, third-party program to certify that paints contain less than 90 ppm of lead. He and his fellow activists sought the certification to allow consumers to distinguish between lead safe paints and those that contained unknown levels of lead.

In July 2016, the two leading paint companies operating in the Philippines were certified as lead-safe by the program that Calonzo helped create. By January 2017, 85% of the paint market had been certified as lead safe and Philippine schools now require use of certified paint. This achievement protects millions of Filipino children under the age of six from lead exposure.

Calonzo is now spreading the Philippine model across Asia, partnering with local organizations to oversee studies of lead in paint in Mongolia, Pakistan, Malaysia, and Vietnam, and introducing the certification program to paint brands in Sri Lanka, Bangladesh, and Nepal. 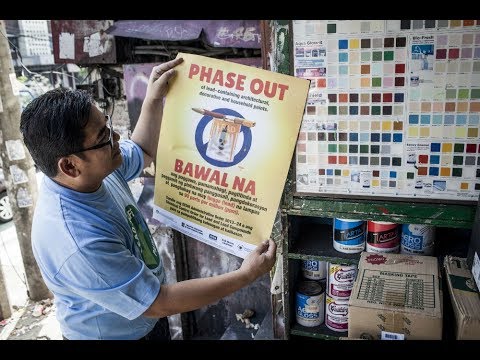 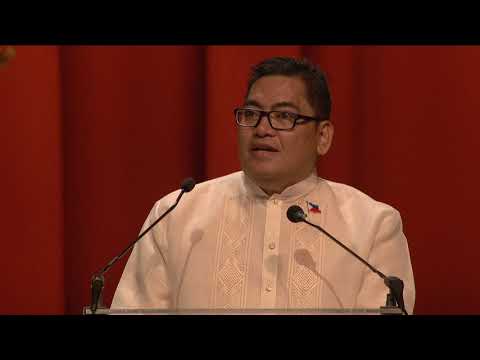 In this Q&A, we dive deeper into 2018 Goldman Environmental Prize winner Manny Calonzo’s advocacy for a lead-free future in the Philippines. Learn how he got involved in the issue, ...Read More

In the Field: Anti-Lead Paint Warrior Manny Calonzo is Just Getting Started

This is a blog post by Myriah Cornwell, Program Officer at the Goldman Environmental Prize. Prior to the 2018 Prize Ceremony, Myriah visited winner Manny Calonzo in the Philippines to ...Read More