Simwinga began working in the region with the US-funded North Luangwa Conservation Project in 1994, when local economies relied heavily on income from poaching. He helped villagers form “wildlife clubs” that used small business loans to provide basic goods, services, and legal jobs as alternatives to working for the poachers. Each wildlife club was run as a free enterprise; village entrepreneurs were expected to repay their start-up loans.

Through the wildlife clubs, villagers opened small general stores and grinding mills, offering employment to millers, mechanics and bookkeepers. The program also assisted subsistence farmers with seed loans, transportation and technical assistance to help them grow protein-rich crops with better yields so they did not have to depend on meat from wild animals. Simwinga tied the entire project to protection of the wildlife, supplanting an illicit economy based on poaching with a legal one.

Simwinga’s tireless efforts have led to a dramatic transformation of the region. Income has increased one hundred-fold among the villagers and family food stocks have doubled. As a result, illegal elephant poaching is now 98 percent controlled and bushmeat poaching is minimal. Wildlife has returned to the area, including elephants, hippos, Cape buffalos, and puku. Even critically endangered black rhinos have been reintroduced in the North Luangwa National Park by the Frankfurt Zoological Society.

The program now reaches more than 35,000 people and serves as a model for other sustainable development programs throughout the African continent.

Government Interference and Continuing Need for Support
Simwinga began his community development work with the North Luangwa Conservation Project (NLCP), a US-funded organization founded in 1986 by Dr. Delia and Mark Owens that trained local game scouts and worked with villages to rehabilitate and conserve the 6,200-square kilometer North Luangwa National Park. In the 1980s the Convention on International Trade in Endangered Species (CITES) set regulations on, but did not ban, trade in ivory, resulting in years of massive elephant poaching in Africa; half of Africa’s 1.2 million wild elephants were killed between 1979 and 1989 and North Luangwa’s elephant population dropped from 17,000 to 1,300.

As the successes of NLCP’s work became apparent in the mid-1990s, powerful government officials and others capitalizing on poaching saw their profits dwindle with the slowdown in the illicit ivory and meat trade. In 1996, Zambian government officials arrived in Mpika and seized the NLCP offices; the entire project came to a halt. Within weeks the project was reopened but after a year of uncertainty, NLCP was turned over to a new management organization. They were unable to fund all of NLCP’s initiatives and quickly dropped support for all village development programs.

But Simwinga was undeterred. He worked tirelessly to keep the community development program moving forward, funding the project partially through loan payments from villagers. For almost a year he worked alone with the communities, regularly walking 30 kilometers between villages. Slowly he pulled together a substantial Zambian non-government organization, NLWCCDP, and attracted small funding to keep the work alive. His challenge now is to manage the ever-growing demand for the project in neighboring regions and bolster financial support from the international community.

For his work, Time Magazine named Simwinga one of their 2007 “Heroes of the Environment.” Simwinga continues his conservation work through his NGO the Foundation for Wildlife and Habitat Conservation, which promotes the sustainable use of natural resources and creation of economic opportunities for rural communities in Zambia. 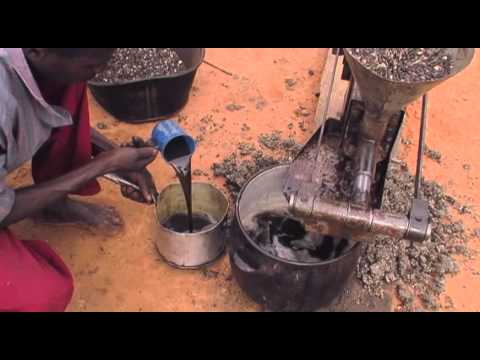 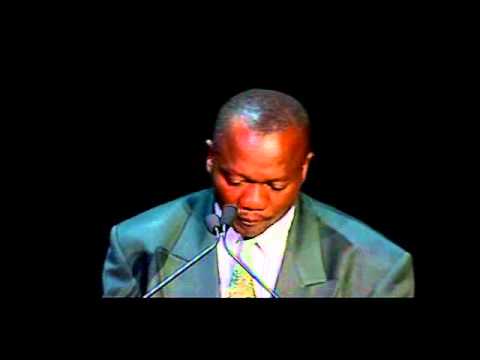 Reflections on the 2018 ELAW International Annual Meeting in Arusha, Tanzania

This is a guest blog post by 2007 Prize winner Hammarskjoeld Simwinga (Zambia, 2007), who attended the Environmental Law Alliance Worldwide annual meeting alongside 22 other Prize winners in May ...Read More

National Geographic has honored Tsetsegee Munkhbayar and Hammer Simwinga as two of the 2008 Emerging Exlorers. This program supports emerging leaders in a variety of fields. Learn more

2007 Recipient for Islands and Island Nations