Agronomist Chavannes Jean-Baptiste founded the Peasant Movement of Papaye (MPP) in 1973 to teach the people of Haiti the principles of sustainable agriculture. It became one of the most effective environmental movements in Haitian history, successfully fostering economic development, environmental protection, and individual survival. Jean-Baptiste carried out his work despite Haiti’s extremely volatile political climate. He survived several assassination attempts, though death threats forced him into exile from 1993 to 1994.

Haiti is the poorest nation in the Western Hemisphere. In 2005, 80% of its population lived in poverty, 53% were illiterate, and two-thirds relied on a shrinking number of subsistence farm plots for food. Once covered with lush tropical forest, Haiti today is massively deforested, with trees covering only 2% of the land. Floods and landslides, exacerbated by this deforestation, wash down Haiti’s mountains and destroy everything in their path. (In September 2004, tropical storm Jeanne killed an estimated 3,000 people.) As the soil erodes, once-fertile land becomes barren, leading to food shortages. Desperate to earn a living, many rural families resort to felling the few remaining trees to sell as charcoal, their immediate survival needs outweighing their interest in the country’s long-term environmental health.

Jean-Baptiste has long understood that Haiti’s future and its people’s economic well-being depend on protecting the country’s rugged and sacred mountains and preserving its fertile topsoil. For more than 30 years, he toiled alongside his fellow peasants to reach those goals. Building on Haiti’s traditional community working groups, or gwoupman, the MPP has engaged more than 60,000 community members in sustainable agriculture, including 20,000 women and 10,000 youth. Jean-Baptiste and his colleagues train farmers to use water-saving drip irrigation systems, natural fertilizers, and pesticides in place of toxic commercial products, and to build low-cost erosion-prevention structures. The resulting increase in long-term crop yields significantly decreased dependence on imported foods, reduced malnutrition rates in children, protected vital water supplies, and helped decrease overall poverty levels in central Haiti.

To Jean-Baptiste and the MPP, every tree counts. Together MPP members have planted more than 20 million fruit and forest trees to help stabilize Haiti’s fragile soil and provide access to more food sources. Over the years, many have argued that planting these trees is pointless given that so many will be cut down for fuel. Jean-Baptiste remains undeterred; his dream is to foster a green Haiti for the next generation. His strategy includes increasing access to alternative fuel sources. This has led to the launch of a solar power initiative that includes workshops on building solar-powered battery chargers and establishing a small manufacturing facility for solar products. 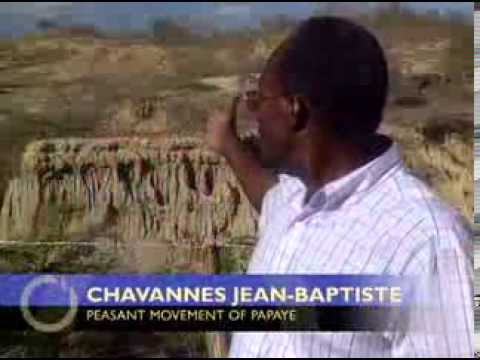 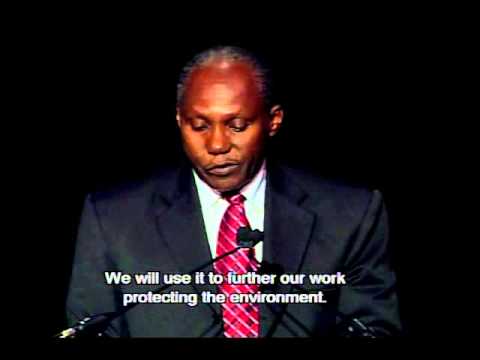 Interview with Chavannes Jean Baptiste on Efforts to Rebuild Haiti

In the interview below, 2005 Goldman Prize recipient Chavannes Jean-Baptiste discusses the work that he and the team at the Peasant Movement of Papaye (MPP) have been doing since the ...Read More