Giving up a comfortable living and family life in California, Azzam Alwash returned to war-torn Iraq to lead local communities in restoring the once-lush marshes that were turned to dust bowls during Saddam Hussein’s rule.

The Mesopotamian marshlands in southern Iraq are known by many as the birthplace of civilization. Situated between the Tigris and Euphrates rivers, the area was once an oasis of aquatic wildlife filled with lush reed beds, water buffalo, lions, foxes, and otters. It was also one of the world’s most important migratory flyways for birds. In the mid-1990s, Saddam Hussein burned, drained, and poisoned the area in retaliation against Shiite Muslims, who had staged uprisings following the invasion of Kuwait and fled to the marshes for refuge.

The wetlands once known as the Garden of Eden turned to dust bowls, driving out the descendants of ancient Sumerians who had inhabited the area for thousands of years. As a young boy in Iraq, Azzam Alwash spent many days out in the marshes with his father, who was head of the irrigation department in the area during the early 1960s. Alwash fondly remembers looking over the side of the boat into very clear water, watching large fish dart away, and spending precious time with his busy father, whose work often required his presence in the field.

When Saddam Hussein rose to power, Alwash moved to the United States to escape persecution. He went on to earn advanced degrees at prestigious schools, established a successful career as a civil engineer, and married an American woman, raising two daughters in a suburb of Los Angeles. From afar, he read with horror and disbelief news reports that trickled in about the marshes’ destruction.

When the Hussein regime fell, Alwash knew the time had come for him to go back to restore the beloved marshes of his childhood. In 2003, he made the difficult choice of giving up a comfortable life in California and moved back to war-torn Iraq, with the hopes that one day his own daughters might be able to see the place he had loved as a child.

Once he got past the initial shock of seeing the drained marshes for the first time, Alwash took on the seemingly impossible challenge of bringing environmental protection to the forefront of a nation focused on restoring peace and rebuilding infrastructure.

In 2004, Alwash founded the nonprofit Nature Iraq and put his experience in hydraulic engineering to use, surveying the region and developing a master plan to restore the marshes. He reached out to the environmental and water resource ministries to educate government officials about the environmental, social, and economic benefits of restoring the marshes.

Alwash’s work was not only politically challenging, but also dangerous. Security guards are a regular presence during his field work with his staff, and the possibility of kidnappings and assassinations loom large. Nature Iraq’s office has been raided by armed terrorists.

Despite these hurdles, the Mesopotamian marshes are starting to flourish again as a result of Alwash’s advocacy. Almost half of the original area is now flooded again, and the local community has begun to reestablish its lives. In what is perhaps the most telling evidence of his success in elevating the importance of the environment in his country, the Iraqi government voted to establish the marshes as the country’s first national park in July 2013.

While continuing the restoration work, Alwash is now fighting a new threat to Iraq’s environment: an extensive chain of 23 dams upstream along the Turkey-Syria border, which, if completed, would reduce the flow of water into Iraq to a mere trickle. He organized a flotilla tour to call global attention to the threat of water-based conflicts and turned the dams into an opportunity to revive conversations about the need to protect water resources in the broader region. 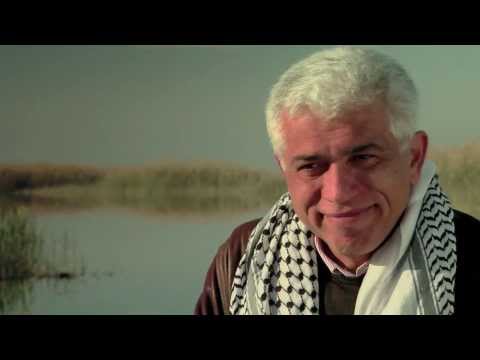 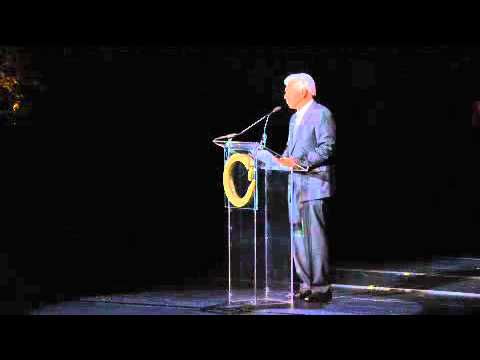 Azzam Alwash with the Austrian journalist Markus Honsig ( on the right of Azzam) and the German Nature activist Ulrich Eichelmann ( right front) on a visiting tour to Bagdadiye lake in the central Marshes on November 6th 2012, Iraq.

Azzam Alwash with an official from the town hall of Chibaish on 7th November 2012 in Southern Iraq.

Azzam Alwash in a traditional reed guesthouse on November 9th 2012 in Chibaish, Iraq.

2013 Goldman Prize winner Azzam Alwash and his team at Nature Iraq celebrated a victory as the government of Iraq and the United Nations Environment Program (UNEP) signed a historic ...Read More

2013 Goldman Prize winner Azzam Alwash and his team at the Nature Iraq recently marked the conclusion of the Tigris River Flotilla, a month long event to celebrate the river, raise ...Read More

Cross-Border Water Conflicts on the Rise

2012 Goldman Prize recipient Ikal Angelei recently shared a link to a stirring video posted on the Yale e360 blog about the struggle between nomadic herdsman in southern Ethiopia and ...Read More

Congratulations to 2013 Goldman Environmental Prize recipient Azzam Alwash and his team at Nature Iraq, who are celebrating a huge victory this week, following the announcement that the Mesopotamian Marshlands ...Read More

Giving up a comfortable living and family life in California, Azzam Alwash returned to war-torn Iraq to lead local communities in restoring the once-lush marshes that were turned to dust ...Read More

While in Washington, DC, the 2013 Goldman Prize recipients met with longtime friend of the Prize, Chair Nancy Sutley of the White House Council on Environmental Quality (CEQ) and Deputy ...Read More

Congratulations to the 2013 Goldman Prize Recipients

On Monday, April 15, we celebrated six environmental heroes in front of an audience of 3,200 at San Francisco’s War Memorial Opera House. The ceremony was punctuated by powerful video ...Read More

Garden of Eden dries as ISIS, Turkey and Iraq fight over water

Bringing life back to the “Garden of Eden”

The Real War of Ideas

This Is Iraq’s First National Park

Iraq marshes: A return to Eden after Saddam’s fall

New Iraqi National Park May Be a Game Changer

The Tigris, The Euphrates And The Dictator

The Story with Dick Gordon

The Quest to Save the Garden of Eden

Winners of the 2013 Goldman Environmental Prize

The Chronicle of Philanthropy

Meet The Iraqi Who Started His Country’s Only Environmental Organization

Nature Iraq Founder Honored for Protecting the Marshes of “Eden

Iraqi Engineer Wins Award in California for Garden of Eden

2013 Recipient for Islands and Island Nations