Andrew Simmons created JEMS, a volunteer community development organization that uses literacy and skills programs to motivate communities to protect the natural resources of St. Vincent and the Grenadines.

Andrew Simmons spearheaded a community-based environmental movement in St. Vincent and the Grenadines, an island nation in the eastern Caribbean. In the 1970s, when local unemployment was high, residents began to exploit the nearby Kings Hill Forest Reserve, one of the oldest reserves in the world. Simmons, then a teacher and the only employed teenager in his community, responded to this destruction by establishing JEMS Progressive Community Organization in 1978.

Through festivals, plays, and music, Simmons fully involved residents of four local villages, especially the youth, in identifying solutions to specific conservation and development needs in the area. As a result, the local people successfully protected Kings Hill Forest Reserve, guarding it against further destruction and developing an ecotourism project in the reserve. This first successful battle inspired Simmons to continue to organize his community.

Through community participation in local decision-making, Simmons has helped implement water projects and a number of other activities. Children are taught about conservation in a day-care center. Hundreds of students have been involved in cleanup campaigns and leadership training. The community is now committed to ensuring that all development projects in the area be environmentally sound, and it has organized against destructive activities such as sand mining.

In addition to being a founder of JEMS, Simmons launched the Caribbean Youth Environment Network (CYEN) and has worked as director of community services for St. Vincent. Through the United Nations Environment Program, he has advised on the development of similar youth programs in other countries. Simmons has also worked as Chief Programme Officer of the Commonwealth Secretariat in London, England, where he works with 54 countries in Asia, the Pacific, the Caribbean, and Africa on the development of programs focused on youth empowerment and human resources.

Simmons is currently working on a program that encourages youth and community members to take action against climate change—the biggest threat facing their island nation. Activities include a national week of climate action. 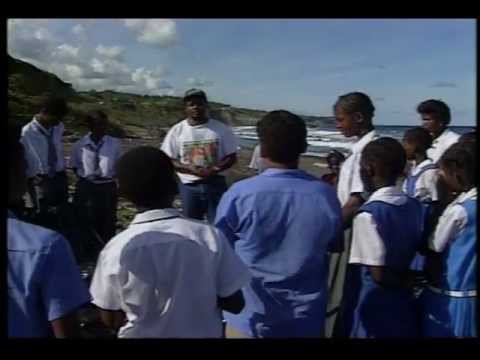 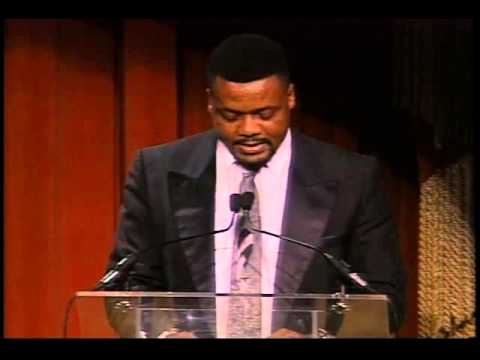 Congratulations to Andrew Simmons (St. Vincent and the Grenadines, 1994) on the publication of his new book, Impacts of Climate Change on Young People in Small Island Communities. The book ...Read More

Less than two weeks have passed since the 21st Conference of the Parties to the United Nations Framework Convention on Climate Change (UNFCCC/COP21) led to an adoption of a global agreement ...Read More

Those who are likely to be most affected by climate change are fighting back — young people of island nations. Ahead of the United Nations summit on climate change in ...Read More

Update and Photos from Storm Relief Efforts in St. Vincent and the Grenadines

Nearly one month ago, a severe storm moved through the Caribbean, bringing torrential rains, landslides and destruction to the island nation of St. Vincent and the Grenadines (SVG). 1994 Goldman ...Read More