Agro-industrial assault on the rainforests

The Upper Guinean forest, a stretch of rainforest from Sierra Leone to Nigeria, has been classified as one of the 25 most important biodiversity hotspots on the planet. These lush tropical forests act as essential carbon sinks and are critical habit for numerous endangered species—including chimpanzees, pygmy hippopotamuses, and tree pangolins—and for West Africa’s largest population of elephants.

In 2010, Golden Veroleum Liberia (GVL), a Southeast Asia-based agro-industrial company, signed a deal with the Liberian government for a 65-year lease of 543,600 acres of forestland to develop palm oil operations. To establish palm oil plantations, GVL cleared community forests and sacred sites without notice or adequate compensation. In the process, GVL destroyed farmlands and polluted local water sources, endangering the communities’ fresh water supply and harming their culture and livelihood. When residents spoke out against the destruction, GVL received support from Liberian authorities, who harassed, threatened, and arbitrarily detained residents without charge.

Alfred Brownell, 53, is an environmental and human rights lawyer and executive director of Green Advocates (GA), a Liberian NGO that he founded in order to represent communities seeking to protect their environmental and human rights. Brownell also established a network to connect community-based organizations throughout Liberia—the Alliance for Rural Democracy (ARD)—to collaborate on environmental justice work. He grew up in Robertsport, Liberia, and studied science, agriculture, and law at university.

Taking matters into his own hands

In 2011, when Brownell became aware of GVL’s destruction of the forest, he was horrified and got to work with local communities to halt the land grabbing and environmental devastation. Brownell knew that GVL depends on its certification with the Roundtable on Sustainable Palm Oil (RSPO)—the global certification body for palm oil—to obtain financing and sell its palm oil. Without such certification, GVL cannot sell to major buyers—such as Unilever and Cargill, which have agreed to purchase only sustainably produced palm oil—and may be unable to finance its operations.

In October 2012, Brownell worked with community members to file a complaint with RSPO, detailing GVL’s environmental malpractice. In response, RSPO placed a stop work order on GVL, freezing any expansion of the palm oil plantation and preventing them from clearing more forest and harassing local communities further. Brownell’s action protected 513,500 acres—roughly 94% of the forest leased to GVL.

Meanwhile, in 2014, as an Ebola crisis killed thousands of Liberians, the government declared a state of emergency, restricting travel and public meetings in order to contain the outbreak. During the crisis, GVL signed four agreements with Sinoe County and neighboring communities to develop 33,000 acres into palm oil plantations. In exchange, GVL promised jobs and other community benefits. Each of the four agreements was signed by hundreds of people, indicating that GVL brought together large groups of people, an activity that had been explicitly banned because of the Ebola epidemic.

In May 2015, after GVL failed to deliver the promised jobs and community benefits, angry community members protested at the local GVL office, leading to violent clashes. In the aftermath, police ransacked homes and made arbitrary arrests. Fifteen community members were held in custody, and one of them died under mysterious circumstances. After a year of legal wrangling, Brownell, with the support of public defenders, was able to secure the release of the 14 jailed community members.

Brownell brought in international NGOs, watchdogs, and media to investigate GVL’s deforestation and lack of community consent in the process, and RSPO issued a new report that intensely criticized GVL and found that it was continuing to strong-arm community members.

Victory has come at a price, as Brownell and his family were forced to flee Liberia—in dramatic fashion—and take temporary refuge in the United States. Threatened with his life and disparaged by the Sirleaf Johnson administration as an anti-development agitator and economic saboteur, he has been attacked at home because of his work. Brownell is currently a distinguished scholar and research associate professor in the School of Law at Northeastern University in Boston as well as a Visiting Human Rights Fellow at Yale Law School. He is still actively involved in environmental activism in Liberia and hopes to return to his native land. 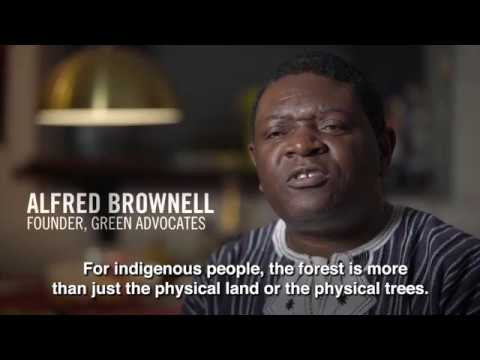 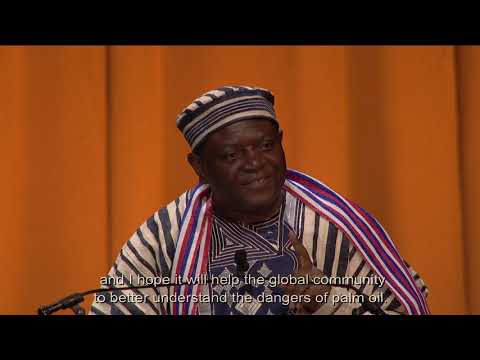 Support the Activism of the 2019 Goldman Environmental Prize Winners

Last month, we announced the 2019 Goldman Environmental Prize winners. Their stories of grassroots environmental activism, achievement, and persistence have inspired people around the world. You can support their work ...Read More

Meet these six extraordinary individuals who have moved mountains to protect our planet. Join us in celebrating the winners by watching the 30th anniversary Ceremony live today at 5:30 pm PDT on Facebook, Twitter ...Read More

Poor in the Midst of Plenty: The Natural Resource Dilemma in West Africa

To Stop Destruction of Liberia’s Rainforest, He Put His Life on the Line

A tough decision: Paying homage to the future or the past

Winners of the 2019 Goldman Environmental Prize

2019 Recipient for South and Central America