In the small farming community of Rossport, Willie Corduff and a group of committed activists and landowners successfully forced Shell Oil to halt construction on an illegally approved pipeline through their land.

The small, sparsely populated farming community of Rossport in North Mayo County is a beautiful, unspoiled part of Ireland’s western seaboard. Since 1996, the discovery of the Corrib gas field off the nearby coast has brought a group of committed activists from Rossport into the public eye as they oppose the construction of Shell Oil’s illegally approved pipeline through their land.

Leading this fight is Willie Corduff, a lifetime resident of Rossport who still lives on the farm passed down to him by his father. The proposed pipeline would cut directly through Corduff’s land, jeopardizing the delicate bog ecosystem and threatening both the safety of Rossport’s citizens and the local farmers’ way of life.

Shell Oil planned to start production in 2003, bringing the toxic, unrefined gas ashore at Rossport via a high-pressure pipeline stretching 6 miles to a refinery to be constructed in neighboring Bellanaboy. Despite objections by many Rossport citizens, Shell was granted permission by the Irish government to run the pipeline across the property of more than two dozen farmers and landowners. By granting Shell permission to construct the pipeline, the Irish government violated federal environmental and development laws requiring local participation and review.

In response, Corduff and his neighbors began a grassroots campaign to rally the support of his fellow Rossport residents in challenging the pipeline. In June 2005, after refusing Shell access to their property, Willie Corduff and four other men were jailed. Known as the “Rossport Five,” they were released after spending 94 days in jail. Protests ensued throughout western Ireland and since their release, the campaign to stop the pipeline and refinery has continued, with hundreds of people joining in the protests at the Shell refinery site, forming blockades. Due to these efforts, construction on the pipeline has been halted. In August 2006 Shell agreed to re-route the pipeline, although the changes are said to be minor and the new route is yet to be publicized. However, in October 2006, Shell broke ground on the refinery in Bellanaboy, making it clear that the pipeline project will continue despite daily protests at the construction site, where state supplied police guard the gates.

Energy Independence: At What Cost?
Ireland relies on the UK for 85 percent of its gas needs. In 1996 the Corrib gas field was discovered, 50 miles off the coast of the Mullet Peninsula in Mayo County and 3,000 meters below the seabed. Shell Oil, in partnership with the Irish government, Statoil Exploration and Marathon International Petroleum, planned to develop the gas field and supply 60 percent of Ireland’s natural gas demand.

The Corrib and surrounding gas fields could earn profits for Shell and its partners in excess of $60 billion. However, the community of Rossport would receive no royalties and have to pay full market price for the gas. To attract future development, the Irish government turned over all rights for the Corrib gas fields to Shell and its partners, with no tax dollars going to the state.

Under pressure from the government, most of the Rossport landowners granted Shell permission to run the pipeline through their land. Corduff and six of his neighbors, who between them own more than 50 percent of the land needed by Shell to build the pipeline, refused Shell access to their property. Three of these land owners—plus two neighbors who supported them—were subsequently jailed through an injunction by Shell.

The incarceration of the Rossport Five garnered international attention. The campaign grew from a local issue centered on environmental protection and safety to a national issue focused on the democratic rights of local communities. The Shell to Sea campaign, founded by the Rossport residents, has demanded that the gas be processed at an offshore terminal, thereby eliminating the need for the pipeline and preventing environmental harm to the region. Shell has refused to consider this alternative, saying it would cost millions of dollars more than its current pipeline plan. 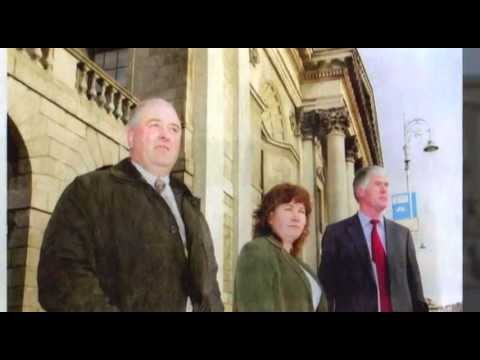 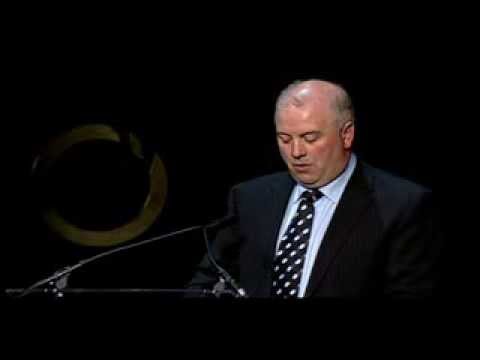 For nearly a decade Shell has been trying to build an oil pipeline through the heart of Rossport, Ireland, which would cut through private property, jeopardize the area’s delicate bog ...Read More

Willie Corduff was briefly arrested at a protest near the site where, a 160-ton truck carrying equipment for the Corrib gas project has been stuck on the road since Monday. ...Read More

For more than five years, the people of Rossport in County Mayo, Ireland, have been fighting Shell Oil's plans to build the Corrib Gas Pipeline directly through their farmland and ...Read More

In a stunning victory for the citizens' campaign led in part by 2007 Prize recipient Willie Corduff and the other members of the Rossport Five, Ireland's planning board has ordered ...Read More

Corrib Controversy: Gas flow not the end of community’s struggle

2007 Recipient for South and Central America

2007 Recipient for Islands and Island Nations