“The evidence Silas Siakor collected at great personal risk was vital to putting sanctions in place and cutting the links between the logging industry and conflict,” said Arthur Blundell, chairman of the U.N. Panel of Experts on Liberia.

Since Taylor was ousted in 2003, Siakor has been working with Liberia’s new leadership to create sustainable timber policies and give the local forest communities a voice through the first Forest People’s Congress, which he organized. He also is working with the $4 million Liberian Forest Initiative led by the U.S. State Department and the National Forest Service to support Liberia’s forest reform efforts.

Siakor has urged the U.N. Security Council to maintain the sanctions until the corrupt logging companies that operated under the Taylor regime are removed, the forestry sector is reformed, and a workable forest management plan is in place.

Demonstrating the power of the sanctions and the evidence Siakor exposed, the first presidential order issued by new President Ellen Johnson-Sirleaf canceled all of Liberia’s forest concessions. Johnson-Sirleaf, the first democratically elected female president in Africa, vowed that new forest use agreements will not be issued until a range of forest reforms has been carried out.

Liberia’s forests cover 11.8 million acres, an area twice the size of Vermont, and include the last remaining closed-canopy tropical rainforest in the Upper Guinea Forests of West Africa. They are home to nearly half of Africa’s mammal species, including the pygmy hippopotamus, Liberian mongoose and West Africa’s largest forest elephant population.

When he was president, Taylor raided the valuable hardwood forests by entering into secret agreements with a favored lumber company and awarding it the largest logging concessions in the country. The company’s private militia committed egregious human rights abuses including rape, beatings, and indiscriminate destruction of entire villages.

Siakor worked amid this chaotic and dangerous environment to steadily document and disseminate evidence that would end the plundering of one of Liberia’s greatest natural resources. Siakor hired observers at three ports, collecting information on 80 percent of logging exports. The observers found that the actual exports greatly exceeded official reports—and that arms shipments were being unloaded at the ports by timber company workers.

Despite his outstanding achievements to date, Siakor is still fighting powerful forces that want to tap into Liberia’s forests as a source of income. The U.N. Security Council is under intense pressure from China, the new Liberian government and others to lift the timber sanctions.

Siakor is currently working on a program which trains forest communities to track and report illegal logging using an innovative smartphone application named TIMBY (This Is My Backyard). The goal is to provide these communities with the tools to combat deforestation from palm oil development in Liberia. This program is being supported by the Jewish Community Foundation and the Goldman Environmental Foundation. 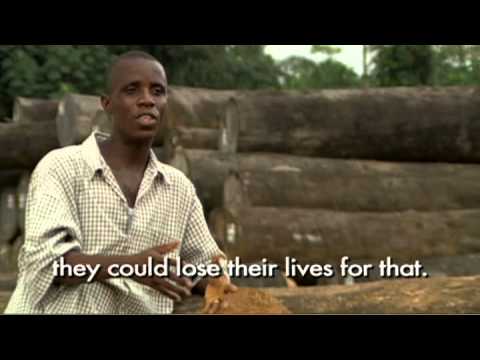 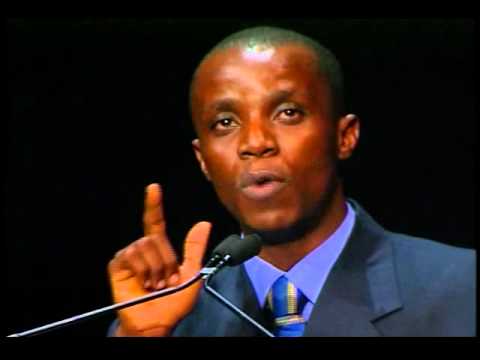 An App to Combat Illegal Logging

TIMBY ('This Is My Backyard') is a new smartphone app that 2006 Goldman Prize winner Silas Siakor is using to monitor illegal logging in his home country of Liberia. His work to ...Read More

The Power to End Conflict Palm Oil is in your Hands

From plantations to processing to consumer products, this three part series examines the impacts of industrial palm oil on the environment, human rights and wildlife conservation. Did you know that ...Read More

From plantations to processing to consumer products, this three part series examines the impacts of industrial palm oil on the environment, human rights and wildlife conservation. Last week we explored ...Read More

In return for $150 million in development aid from Norway, Liberia has agreed to stop cutting down its trees by 2020. The agreement was one of the most significant to ...Read More

When Our Land is Free, We’re All Free

In the guest blog below, 2006 Goldman Prize winner Silas Siakor describes how across Africa, corporations are grabbing community land and water - and nowhere more than in Liberia, where ...Read More

In a recent article from the Guardian, 2006 Goldman Prize winner Silas Siakor called on the EU to take action against member states that have not yet implemented a law ...Read More

Silas Siakor was awarded the Goldman Prize in 2006 for exposing evidence that former Liberian President Charles Taylor used profits from unchecked, rampant logging to pay the costs of a ...Read More

From Liberia to America, We Must Stop Illegal Logging | Commentary

A Feeble Response to Ebola

A Nobel Laureate’s Problem at Home

Reflections of a Liberian Environmental Activist