In the struggle to secure safe, affordable drinking water for the world’s poor, Rudolf Amenga-Etego, the visionary founder and campaign coordinator for the National Coalition Against the Privatization of Water, has gained international recognition for his winning campaign to suspend a major water privatization project backed by the World Bank in his native Ghana. At great risk to his life and safety, Amenga-Etego leads a movement that has galvanized a Ghanaian civil society emerging from decades of military oppression into a powerful political force.

As a young lawyer, Amenga-Etego found himself defending poor people who had not paid their water bills or who were being persecuted for tapping into illegal water sources to survive. Their struggle compelled him to dig deeper into the root causes of the water problem—an inquiry that led him all the way to the World Bank.

In 2001 the Ghanaian government, which owes significant debt to the World Bank and the International Monetary Fund (IMF), raised water rates by 95 percent to help pay off this debt. Many Ghanaians spend 10 to 20 percent of their income on drinking water, forcing many poor urban families to take their children out of school to help cover costs. Three out of four Ghanaians live in poverty and nearly 70 percent of them have no access to clean, piped water—a crisis that has been linked to 70 percent of all disease in the country, including typhoid, cholera, and guinea worm.

Amenga-Etego, whose deeply rooted moral convictions have made him a dedicated advocate for Ghana’s disenfranchised, especially women and the disabled, recognizes that the burden falls disproportionately on women and girls who shoulder the responsibility of providing water for their families. “It is common to see girls carrying water and walking long distances at dawn. They end up going to school late, sleeping through lessons, and failing exams,” he said.

An even greater threat looms on the horizon. The World Bank and IMF have offered to loan Ghana $400 million to rebuild the publicly owned and controlled water system—but with a catch: the Ghanaian government must abandon its practice of making wealthy and industrial customers subsidize the cost of water to poor communities. In addition, water must be sold at full market rates.

This arrangement paved the way for politically powerful, foreign multinational companies, including Vivendi, Saur, and Suez Lyonnaise of France and the U.K.’s Biwater to profit from Ghana’s water needs. Despite the fact that water privatization has been linked to skyrocketing rates of illness, economic inequity and environmental degradation, the Bush administration backed the IMF and World Bank’s policies. President Bush also supported a proposed law that would require any U.S. community that wants federal money for improving its water system to consider privatization.

To counter the threat of water privatization, Amenga-Etego led a campaign to make safe, affordable drinking water accessible to all Ghanaians by 2010. His grassroots and “grasstops” strategy has involved Right to Water protest rallies as well as public forums that have compelled World Bank officials to confront and debate their critics.

Amenga-Etego’s activism has also come at great peril to his personal safety. During the period of political instability in Ghana following a long series of bloody coups, Amenga-Etego was seized and jailed without trial many times for heading student protests. In 1982 he was seized and thrown in military prison without trial and threatened with death by execution. A sympathetic army captain secretly secured his escape. For seven months following his escape, Amenga-Etego lived underground and on constant alert of the authorities. Since 1992, when democracy was restored and the ban on political parties lifted, he has been able to operate much more openly, though he is still shadowed by Ghana’s Bureau of National Intelligence.

Many of Amenga-Etego’s country people have been inspired by his passion and infectious energy to join the cause. Moved by his leadership, health workers, farmers, academics, environmental groups, trade unions, students, and religious leaders have waged campaigns against the multinational corporations competing to privatize Ghana’s water system, conducted media and public education outreach, lobbied, and launched fact-finding missions in favor of alternative water management models that rely on government-subsidized partnerships with local businesses and communities. In a Ghanaian town called Savelugu, for example, a public water company supplies bulk water to the community, which takes care of pricing, distribution, and maintenance of water pipes on its own.

These efforts paid off in early 2003 when the Ghanaian government bowed to pressure and agreed to suspend the water privatization project. Government officials were forced to rethink their policies and the Ghanaian people celebrated an important democratic victory for the future of their country’s development.

As the head of the Globalization Response Program for the Integrated Social Development Centre, Amenga-Etego’s soft-spoken integrity, warmth, and his unique ability to move between the worlds of the powerful and the poor helped elevate water privatization as an important political and public health issue not only on a global scale, but on a deeply human one as well. He has met with officials and their aides from around the world, including British Prime Minister Tony Blair and U.S. Reps. Dennis Kucinich and Barbara Lee and convinced audiences as diverse as city officials in San Francisco to wealthy ranchers in Kentucky to reject water privatization projects in their own backyards. Activists in Senegal and Uganda, inspired by Amenga-Etego’s drive and success, are now fighting their own water wars.

In the months leading up to the December 2004 Ghanaian presidential and parliamentary elections, Amenga-Etego coordinated a community mobilization program to compel the candidates to treat the water management crisis as a front-burner issue. At the time, the Ghanaian government was working to secure parliamentary approval of a new water privatization plan—a vote that would likely occur following the elections. The plan, proposed by the new head of the World Bank Ghana Water Sector Restructuring Project, pushed for two water management corporations to sign three to five-year contracts that could be extended to a 10 to 20-year lease. 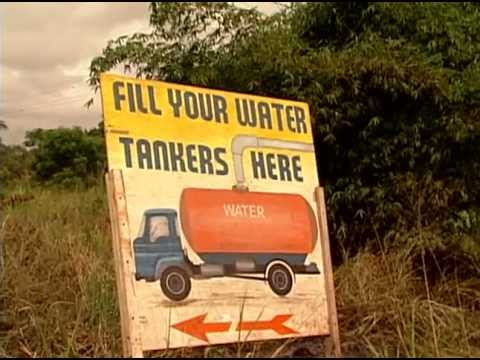 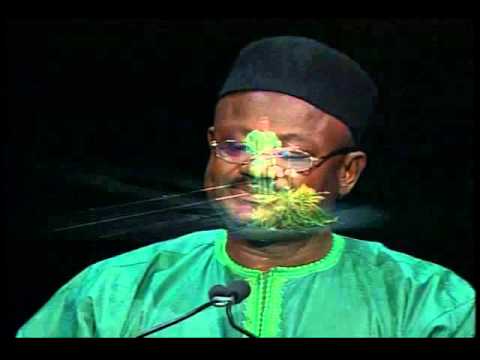