Pisit Charnsnoh’s work has led to the restoration and protection of the mangroves and improved yields for local fishermen in Thailand. As a result, the Thai government has allowed local sustainable management of environmental resources.

Pisit Charnsnoh lives and works in Thailand’s southern province of Trang, on the Malay Peninsula. In 1985, he and his wife founded the Yadfon Association to work with impoverished coastal villages in Trang. He is an adviser to the Seattle-based international Mangrove Action Project, of which he was a co-founder, and is affiliated with the Industrial Shrimp Action Network.

The mangrove forests of Thailand’s coast are a biologically diverse ecosystem providing the transition zone between the ocean and the rainforests. Rich in micro-organisms, the mangroves nurture fish, mollusks, crustaceans, and even marine mammals. The sea life in Thailand’s mangrove forests has sustained coastal communities for generations. In Trang, the fishermen along the coast are primarily Muslim, a religious minority in Thailand, where Buddhism dominates.

The coastal ecosystems of Thailand have been devastated by logging, burning of mangroves for charcoal, and commercial shrimp farms. (Thailand is the world’s largest exporter of cultivated shrimp.) Today, over half the country’s mangrove forests have been lost, and many of those remaining have been burned to produce charcoal. The loss of the mangroves, coral reefs, and sea grass beds destroys habitat for sea life and threatens the livelihood of subsistence coastal communities. Additional damage to the inland waters is caused by commercial fishing boats that use a wide variety of harmful practices, including explosives, over-fishing, trawling, and drag and push nets that tear up coral reefs and sea grass beds.

After working for years on rural development, Pisit established the Yadfon Association in 1985 to work with marginalized coastal fishers in Trang. (In Thai, Yadfon means raindrop, a symbol of renewal.) It took Pisit, who is a Buddhist, time and patience to gain credibility with the Muslim villagers and he has become known for his understated but firm and effective manner.

Yadfon’s work, which began in a few villages, eventually spread to 30 communities. The organization encouraged villages to unite in protecting the coastal fisheries and mangroves. In 1986, under Pisit’s leadership, communities began restoring a 240-acre mangrove forest. In 1989, with the area restored, the Thai Forest Service and the provincial government declared it the country’s first community-managed mangrove forest. The restoration results were dramatic. From 1991 to 1994, there was a 40% increase in total catch, resulting in higher income levels in the local villages. Co-management became a government-sanctioned model in other communities. At least nine community-managed forests have been created since, and Pisit continues to work for the growth of this strategy.

Pisit’s approach acknowledges that top-down management of fragile resources has failed. Successful conservation must involve and sustain resident communities, and the approach requires education, decentralized decision-making, and hands-on strategies. The dramatic results and the organizing lessons of Yadfon have attracted agencies and village leaders from other provinces to travel to Trang and learn about sustainable resource development.

The dominant change that Yadfon brought to Trang was to empower a population that had been shut out from decisions that affect their daily lives. This unified effort has led to other important victories, including:

Pisit has developed grassroots organizing workshops called “In the Hands of the Fishers,” which advocate the involvement of local residents to secure long-term protection of natural resources. 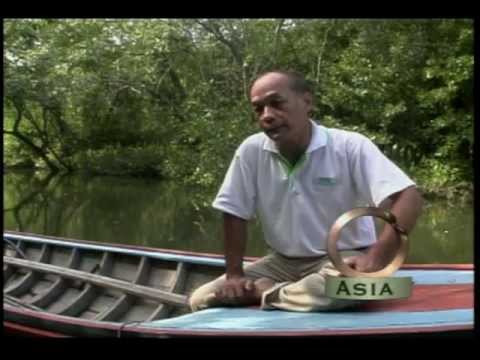 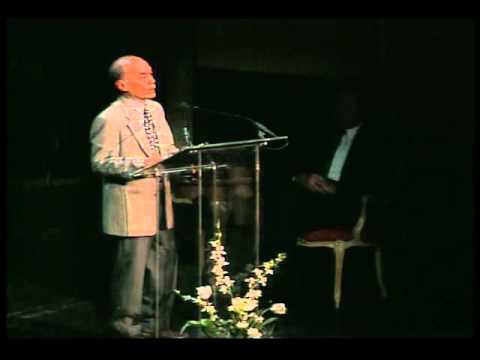 2002 Recipient for Islands and Island Nations