Odigha Odigha’s work has resulted in representation for Nigerian civil society in all forest management policies, including a statewide logging moratorium to protect the country’s remaining rainforests.

Odigha Odigha, a Nigerian forest activist and educator, is leading the campaign against devastating industrial logging in the forests of Cross River State in southeastern Nigeria. These are the last remaining rainforests in Nigeria and are home to 2,400 native forest communities comprising 1.5 million people, the highest primate diversity on the planet—including the world’s most endangered gorillas, and an estimated 20 percent of the world’s butterfly species.

Cross River forests are also home to vast stands of hardwood trees, including prized mahogany, the raw material of choice for furniture and other wood products. For global logging companies, Nigerian forests appear to be an easy target. Environmental regulations in the country are rarely enforced, and many officials in the recently ousted Abacha dictatorship were notoriously corrupt—more interested in personal gain than in the protection of Nigeria’s natural resources.

Hong Kong-based Western Metal Products Company (WEMPCO) is one of the most destructive companies operating in the region. Although they own the rights to log in some areas of Cross River State, WEMPCO flaunts regulations and logs illegally in the forest buffer zone surrounding the Cross River National Park. WEMPCO’s excessive and unchecked industrial logging in the region not only threatens to decimate the forest’s magnificent hardwoods, but also endangers the livelihoods of Cross River State’s forest communities. Logging has significantly reduced animal habitat, shrinking the animal populations that serve as a traditional source of protein in Cross River State. The bushmeat that was once plentiful is now scarce.

Odigha is part of Cross River State’s Ijagham community. He grew up admiring the richness of the rainforest, only to see the majority of it decimated by the early 1980s. After receiving his MBA at the University of Lagos, Odigha pursued a political career, experience that has served him well as an activist.

Since 1994, Odigha has focused on the protection of the Cross River Rainforest and on sustainable development for rainforest communities. He knows that the rainforests and their communities’ cultures must be protected quickly, or lost forever. In 1994, he founded the NGO Coalition for the Environment (NGOCE) and supported the organization by selling his family’s two cars and converting his family home into NGOCE’s office, living with his wife and baby in one room.

Despite enormous odds, Odigha has forged historic victories in the fight to protect Nigeria’s forest. He led the successful fight for a moratorium on logging across all of Cross River State and forced Nigeria’s first Environmental Impact Assessment. He was instrumental in creating the state’s first Forestry Commission, considered one of the most democratic forestry agencies in all of West Africa. Odigha has also helped establish projects that give rainforest communities alternative protein sources, reducing reliance on endangered bushmeat while increasing incomes through economic opportunities that don’t deplete natural resources.

These successes have not come without personal costs to Odigha. Fellow Nigerian activist Ken Saro-Wiwa, a 1995 Goldman Prize recipient, was hanged by the government for demanding sound environmental practices on Ogoni lands. When attempts to co-opt Odigha with offers of money and positions of power within the bureaucracy didn’t work, the Abacha government again resorted to intimidation and outright threats. After his life had been threatened numerous times, and government officers began following him everywhere, Odigha went underground, living with friendly communities in the rainforest and educating them on forest protection and sustainable animal husbandry as he traveled from village to village. From 1996 to 1998, Odigha remained underground, until Abacha’s death ended his oppressive regime.

The threats to the rainforest also continue. The Nigerian government commissioned the operation of WEMPCO’s wood processing factory and approved a new 540 square mile logging concession located on the river upstream from many forest communities and the national park. The logging concessions stand to devastate the remaining forest in the buffer zones surrounding the national park. The mill’s voracious appetite has the capacity to process twice the amount of wood legally designated by the concessions, sending the company looking for more hardwood in nearby Cameroon. By-products of WEMPCO’s hardwood processing mill threaten to pollute the water sources of 2 million tribal people and threaten the habitat of the endangered gorilla and many other rare primate species.

With a democratic government now in place, Odigha has returned to his public role leading forest protection campaigns. In 2001, he helped form the U.S.-based West Africa Forest Network to put international pressure on WEMPCO and the Nigerian government. He continues to lobby the national government for stronger forest protections and is exploring legal strategies if enforcement of existing laws continues to be lax or non-existent. As long as the government fails to protect the forests and forest communities, and WEMPCO continues to wreak devastation, Odigha will be fighting to protect what remains of Nigeria’s precious rainforests. 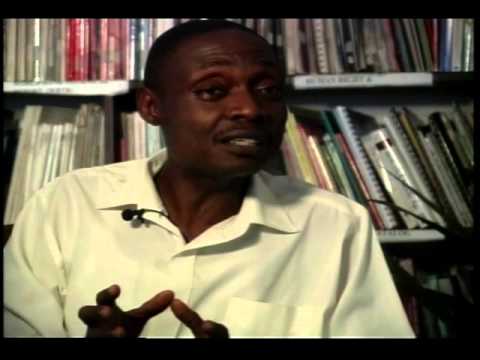 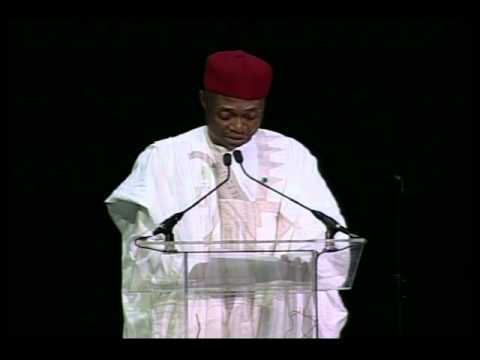