Manana Kochladze’s tenacity in the face of widespread government corruption and multinational industry interests won critical concessions to protect local villagers and the environment in the former Soviet republic from the Baku-Tbilisi-Ceyhan oil export pipeline.

Manana Kochladze, the founder of environmental watchdog group Green Alternative, led one of the most important environmental campaigns in Georgia’s recent history. Her fearlessness and tenacity in the face of widespread government corruption and industry interests have won critical concessions to protect local villagers and the environment from being steamrolled by the development of the world’s biggest oil export pipeline. Her campaign forced open Georgia’s closed-door political process to include the voices of civil society—an important victory for a young democracy emerging from the former Communist bloc.

Upon its completion, the Baku-Tbilisi-Ceyhan (BTC) pipeline would stretch 1,090 miles and transport 1 million barrels of crude oil a day from the Caspian Sea port of Baku in Azerbaijan through Georgia to Ceyhan on the Turkish Mediterranean coast. The leading force behind the $3 billion project is British Petroleum (BP) in consortium with other oil companies including California-based Unocal.

For Georgia, which has been mired in poverty and political instability since gaining independence from Russia in 1991, the pipeline represents $1 billion in foreign investment and a potential economic foothold in the West. For the U.S., the pipeline is a strategic way to reduce its petroleum dependency on the Persian Gulf by tapping oil reserves in former Soviet states while bypassing Iran and Russia.

For Kochladze and other environmentalists, however, the pipeline poses a grave threat. The route would run through the pristine Borjomi mountain gorge, a major source of Georgia’s tourism dollars and home to its culturally and commercially prized mineral water. Natural spring water, which has been bottled here since the 19th century, is the country’s single largest export and accounts for the largest source of employment in this economically depressed region.

The daughter of scientists, Kochladze was on track for a career in physiology until political upheaval in her native country compelled her to switch course to become an activist. Science for science’s sake felt like a luxury against the social and environmental crises facing her people, according to Kochladze. She now uses her formidable scientific training to command the respect of politicians and other high-ranking officials who recognize her mastery of governmental regulations and other technical issues behind the controversial pipeline construction.

But it is her personal integrity in the face of endemic bribery and her belief that ordinary people have the power to make change that has made her a hero among Georgian citizens. Colleagues familiar with her drive and energy, joke that she never sleeps. She is just as comfortable sitting down with a representative from the International Finance Corporation as she is breaking down complex legal issues for Caucasus peasants. These skills have helped Green Alternative wage winning campaigns to block the construction of an oil terminal in a protected area near Kolkhety National Park and a coal power station in the mountains of eastern Georgia.

Kochladze operates in a political environment that continues to be overtly hostile toward civil society. Georgia’s mainstream media, which is heavily influenced by the government’s party line, have repeatedly accused Kochladze of being an enemy of the state and a Russian spy.

“Manana heads one of the most respected and powerful NGOs in Georgia. Everyone comes to her because she is the person who can make things happen and she knows everyone,” said Nana Janashia, head of the Caucasus Environmental NGO network. “She is a fighter and a leader. She wanted to run an organization that would help the locals feel they can fight and make changes, even in a corrupt society.”

Kochladze’s leadership has helped pry open the debate over the BTC pipeline to include the voices of citizens. She has drawn international attention to the plight of local farmers and fishermen whose livelihoods would be threatened. She has raised serious questions about the proposed pipeline route, which cuts through a region with a history of landslides, seismic activity and separatist rebellions, contributing to the risk of an oil spill or sabotage. And she has warned about the devastating impact on nearby Borjomi-Kharaguali National Park where native creatures like the lynx, red deer, and the Caucasian black goose thrive on more than 190,000 acres of alpine forest and meadows.

In a country where most NGOs receive funding from the U.S. government and are reluctant to openly criticize projects friendly to American interests, Kochladze and Green Alternative have put the concerns of Georgian citizens first and have not been afraid to stand up to corruption.

As a result, she has won the trust and confidence of Georgia’s youth movement, which helped her organize e-mail campaigns and mass demonstrations at key points during the pipeline negotiations. Kochladze also forged important alliances by organizing a fact-finding trip of NGOs from around the world and public meetings that led to the creation of an independent council of scientists to investigate the BTC project. This process contributed to a damning report by a coalition of international groups that cited the project for violating 173 counts of the World Bank’s lending guidelines.

Over the course of the campaign, activists secured a number of important victories. They include fair compensation for local villagers whose land would be affected by development, and a monitoring program and grievance process to hold BP and the Georgian government accountable in the event of social or environmental violations.

Throughout the course of the pipeline’s construction, Kochladze waged a legal battle to force BP and the Georgian Ministry of Environment to reexamine the Borjomi route in favor of a less environmentally destructive alternative. According to Kochladze, the situation is particularly dangerous in Dgvari, a village located in a landslide area. The pipeline would be built a mere half-mile from the village border.

In her role as the Caucasus regional coordinator for the Central Eastern Europe Bankwatch Network, she continued to be the citizens’ eyes and ears on the BTC project, studying and monitoring the pipeline to make sure local concerns and environmental issues are considered and addressed. Her hands-on work with local communities empowered many of them to ask more questions and challenge governmental procedures that affected their families and their future.

The major fallout from the pipeline deal was the trifecta of corruption, poor government oversight, and crime that cheated villagers out of their share of BP’s land compensation payments. In the village of Khaishi, residents threatened to block construction by orchestrating a sit-in in front of the bulldozers unless they received their compensation, which had vanished along with their former village headman. Extortion and mismanagement also short-changed local construction workers pulling 12 to 14-hour shifts for a dollar an hour. Meanwhile, the development was wreaking havoc in neighboring communities contending with traffic congestion, air pollution, and teeth-rattling road vibration.

Kochladze and Green Alternative have transformed Georgia by waging an unprecedented environmental campaign in a country where civil protest was largely unheard of. The biggest development project to hit Georgia also turned out to be the catalyst for one of the most important civil society campaigns in the nation’s young history as a democracy. 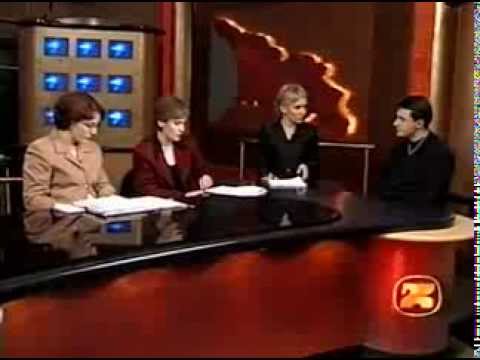 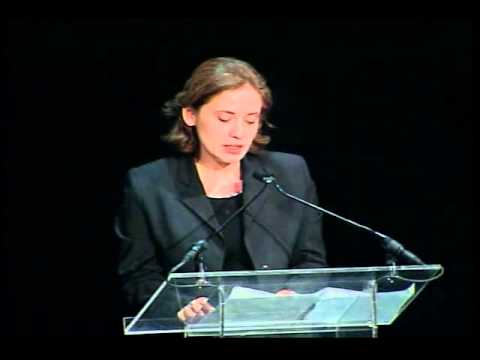 Turkish Investors Pull Out of Dam Project in Georgia

2004 Recipient for South and Central America