As grassroots activists, Makoma Lekalakala and Liz McDaid built a broad coalition to stop the South African government’s massive secret nuclear deal with Russia. On April 26, 2017, the High Court ruled that the $76 billion nuclear power project was unconstitutional—a landmark legal victory that protected South Africa from an unprecedented expansion of the nuclear industry and production of radioactive waste.

The hazards of a nuclear future

Nuclear energy has been promoted as green energy, but the negative environmental impacts of the nuclear industry are substantial. For every pound of enriched uranium that goes into a nuclear reactor, more than 25,000 pounds of radioactive waste are produced in the mining and processing of uranium. Used reactor fuel remains extremely hot for hundreds of years and radioactive for thousands of years.

South Africa currently has one nuclear power station, Koeberg, operated by the state-owned electric utility, Eskom. Koeberg’s spent reactor fuel—high-level radioactive waste—is retained in storage ponds on site, and Eskom has not found a long-term solution for its disposal. Since the 1980s, nuclear waste from the reactor has been buried in the Namaqualand desert, home to the indigenous Nama people, who were not consulted about the location of the nuclear waste site.

In 2014, South Africa’s government made a secret deal with Russia to develop 9.6 gigawatts of nuclear energy by building eight to ten nuclear power stations throughout South Africa. The $76 billion deal was unprecedented in scope and cost, and assigned all liability for nuclear accidents to South Africa. The proposed site of the first new nuclear station was on the coast of Port Elizabeth, where warm water discharged by the nuclear station’s cooling system would have raised the temperature of the ocean, harming marine life and jeopardizing the livelihoods of small-scale fishermen in the area. The reactor’s location also put it at risk from seismic activity, with the potential to spark an accident like that at Japan’s Fukushima Daiichi plant in 2011.

Makoma Lekalakala was raised in Soweto and is the director for Earthlife Africa, a largely volunteer-driven organization that mobilizes South Africans around environmental issues. She divides her time between her home in Johannesburg and the Earthlife satellite office in the Limpopo province, where pollution from power stations and coal mines has contaminated local communities to such an extent that farmers can no longer safely grow crops. Lekalakala got her start as a youth activist through her church, moving to trade unions, then women’s rights, social and economic justice, and finally environmental justice.

Liz McDaid grew up in Cape Town and is the climate change coordinator for Southern African Faith Communities’ Environment Institute (SAFCEI), an interfaith environmental organization dedicated to confronting environmental injustice. Based in Cape Town, McDaid started out as a teacher-turned educational advocate and activist against apartheid before turning to faith-based environmental justice. She has campaigned against nuclear energy for decades, thwarting previous attempts by South Africa to develop a nuclear industry.

In 2014, Earthlife Africa obtained a copy of the secret South African-Russian nuclear agreement. When the group learned of the deal’s financial and environmental implications, Lekalakala and McDaid, together with their colleagues, met to plan their opposition to the deal. SAFCEI had long advocated for renewable energy to address climate change and had taken a stance against South Africa’s nuclear industry. Along with their organizations, the two women developed a strategy to challenge the project—and President Zuma himself—on the grounds that the agreement had been kept secret and bypassed legal process, without any public consultation or parliamentary debate.

Lekalakala and McDaid were deeply concerned about the environmental and health impacts of massively scaling up South Africa’s uranium mining, nuclear power generation, and the production of nuclear waste. They knew that they would need to focus on the associated corruption and massive cost of the nuclear deal—a topic more likely to gain the public’s attention.

Lekalakala and McDaid met with communities around the country and explained the financial risks and environmental and human health impacts of the project. McDaid organized weekly anti-nuclear vigils in front of the Parliament in Cape Town to hold parliamentarians accountable. Lekalakala and McDaid also organized marches and public rallies against the nuclear project, protesting across South Africa.

On April 26, 2017, the Western Cape High Court ruled that the nuclear deal was unconstitutional, invalidating the agreement and stopping the $76 billion nuclear power project. Lekalakala and McDaid won a landmark legal victory protecting South Africa from the drastic development of nuclear infrastructure that would have had devastating environmental, health, and financial impacts for many generations to come. As they have noted: “It was never about energy. It was about the greed of a few individuals.”

The size of their achievement is immense for South Africa: Today, any attempt to revive a nuclear deal in South Africa would certainly face strong public opposition and legal precedent thanks to Lekalakala and McDaid’s work. 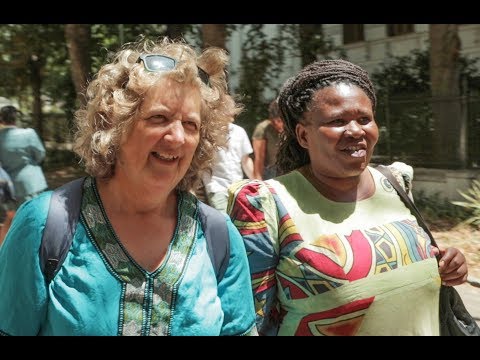 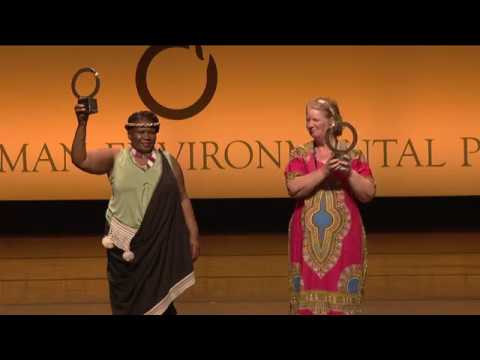 Environmental group to march in Joburg against climate change

From ‘unbearable to unliveable’: The case for ‘radical decarbonisation’

JOBURG THE MOST RADIOACTIVE CITY ON THE PLANET, SAYS EARTHLIFE AFRICA

Makoma Lekalakala: A social-economic environmental activist, mixed with a pinch of crazy, who stopped a nuke deal

‘There should be no nuclear in climate financing’

Renewable energy deal is a massive victory for SA

These Women Activists Took On Government To Save The Environment

2018 Recipient for South and Central America