Ma Jun developed an online database and digital map that show which factories are violating environmental regulations across China.

After experiencing tremendous economic growth, China now faces severe problems with the environmental quality of its air, land, and water. More than 300 million people have no access to safe drinking water, while more than half of the country’s urban residents face daily exposure to badly polluted air. Unsafe levels of lead have been measured in children’s blood and cases of toxic poisoning have increased across several provinces in China.

As the workshop of the world, a significant portion of this pollution comes from multinational corporations with manufacturing and sourcing operations in China. While they all make promises of clean production, transparency, and accountability at home, many often fall short on these claims overseas.

In 2008, the Chinese government passed a series of regulations granting the public the right to access certain types of environmental information and ordering local environmental protection bureaus to release data about polluters violating national standards. However, enforcement was weak and the disclosure was piecemeal, making it difficult for the public to access such information. Media coverage of environmental problems was thin, and environmental organizations working to address these issues were few in number and too small to have an impact.

While working at the South China Morning Post in the 1990s, Ma Jun had the opportunity to travel extensively throughout China. He witnessed the environmental pollution, eco-degradation, and suffering of people in various watersheds. He began focusing on research into water challenges, and his book, China’s Water Crisis, became a national call for environmental protection.

Realizing that access to information was a prerequisite for public participation in pollution control, Ma Jun founded the Institute of Public and Environmental Affairs (IPE), where he organizes the monitoring and enforcement data from the Chinese government to make it available to the public through online air and water pollution maps.

To date, Ma Jun and his team at IPE have exposed over 90,000 air and water violations by local and multinational companies operating in China. Chinese citizens, for the first time in history, have at their fingertips information that reveals which companies are violating environmental regulations across China’s 31 provinces—and with it, the power to demand justice.

Through its Green Choice supply chain program, which has 41 local NGO participants, IPE has encouraged consumers to use their buying power to influence corporate sourcing and manufacturing behavior. Although IPE has no regulatory authority within the government, under Ma Jun’s leadership the organization has succeeded in getting more than 500 companies to disclose to the public their plan and efforts to clean up their facilities. Ma Jun is now working collaboratively with major brands such as Walmart, Nike, GE, Coca Cola, Siemens, Vodafone, H&M, Adidas, Sony, Unilever, Levi’s, and Lenovo, all of which now regularly reference the maps and self-regulate.

Ma’s most recent high-profile effort involved Apple, one of 29 companies named in a 2010 Green IT report about heavy metal pollution in China—and the only one that did not respond, citing a long-term policy not to disclose its supplier information. He led a coalition of NGOs to launch a “Poison Apple” campaign to protest the company’s lack of supply chain oversight. In September 2011, after a year and a half of silence, Apple approached Chinese environmental groups and began to drive its suppliers to clean up their practices. Ma Jun and his partners continue to communicate with Apple representatives on a regular basis. 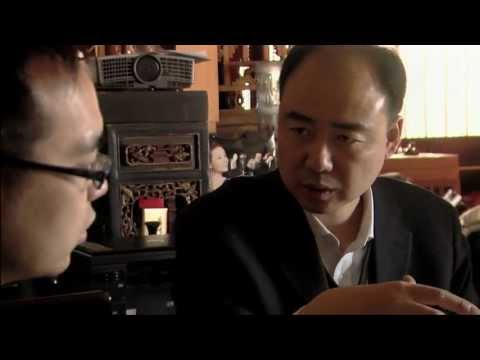 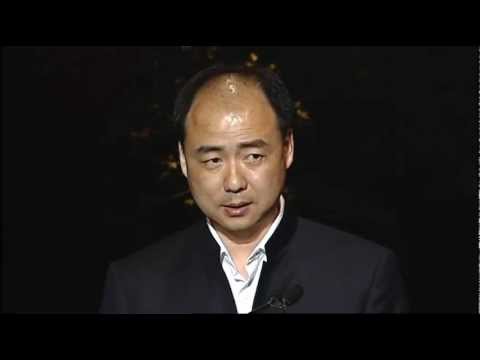 Environmentalist Ma Jun works in his office in in Beijing, China

Environmentalist Ma Jun poses for a portrait by a river in in Beijing, China

Pollution from the Garment Industry Wreaks Havoc across Asia

From China to Bangladesh, rivers run purple, blue and black with waste from garment factories. Locals say they can tell what colors are in fashion by looking at the river. ...Read More

New Report from IPE Reviews 31 IT Companies, Including Apple

2012 Goldman Prize recipient Ma Jun and the team at Institute of Public and Environmental Affairs (IPE) are committed to keeping Apple and other IT companies accountable. A recently released ...Read More

Apple Set to Bring Some Mac Production to the US

Last week, Apple CEO Tom Cook announced to Bloomberg Businessweek that Apple plans to bring some production of Mac computers to the United States from China. Cook did not give ...Read More

2012 Goldman Environmental Prize recipient Ma Jun and his team at the Institute for Public and Environmental Affairs (IPE), along with four other NGOs- together known as the Green Choice ...Read More

Ma Jun: “There is a green momentum in China. We had no choice but to change our model”

The Globe and Mail

‘The whole atmosphere has changed’: China’s ambitious plan to solve the climate puzzle

Ma Jun: China has started to ‘walk the walk’ on climate crisis

Asian rivers are turning black. And our colorful closets are to blame

Ma Jun: ‘We’re at a crossroads for environmental protection’

Ma Jun: ‘We’re at a crossroads for environmental protection’

How China Can Truly Lead the Fight Against Climate Change

How An App Is Stopping Pollution In China

China Has Made Strides in Addressing Air Pollution, Environmentalist Says

Are you at risk from China’s polluted soil? Check this map

Forget Smog, China’s Real Pollution Problem Is in Its Water

Endeavor to recover a blue sky has begun

The five ethical stories that will define the next decade

As Beijing Shuts Down Over Smog Alert, Worse-Off Neighbors Carry On

Q. and A.: Ma Jun on Using Mobile Phones to Fight Pollution

An app pushes factories in China to cut pollution

It’s Not Just Electronics: Delving Into The Problems With China’s Apparel Supply Chain

The Man Who Stood Up To Apple

How Two Environmentalists Are Bypassing Government to Fight for Water

2012 Recipient for South and Central America