Linda Garcia organized Fruit Valley residents to stop the construction of the Tesoro Savage oil export terminal in Vancouver, Washington, in February 2018. Her activism safeguarded residents from harmful air pollution and protected the environment of the Columbia River Gorge. By preventing North America’s largest oil terminal from being built, Garcia halted the flow of 11 million gallons of crude oil per day from North Dakota to Washington.

On the heels of North Dakota’s Bakken shale oil boom, fossil fuel companies launched an aggressive campaign to build infrastructure to transport coal, oil, and natural gas to West Coast refineries—and for export to Asian markets. If constructed, the cumulative impact would create five times as much pollution as the Keystone XL pipeline.

The Tesoro Savage project planned to move 11 million gallons of oil every day from North Dakota through Montana, Idaho, Washington, and Oregon, and through the Columbia River Gorge Natural Scenic Area. Estimates called for five trains daily, each measuring a mile-and-a-half long, to transport the oil to the Port of Vancouver. The facility was projected to be the largest oil terminal in North America and, if approved, would have turned the region into a fossil fuel corridor for the next 50 years.

Several recent oil train accidents have given the people of Vancouver additional reasons to be wary of the Tesoro Savage project. In 2013, a 14-car oil train derailed in Lac-Megantic, Quebec, igniting a fiery explosion that killed 47 people. In June 2016, a Union Pacific train carrying three million gallons of oil derailed near Mosier, Oregon, in the Columbia River Gorge National Scenic Area.

Linda Garcia, 51, is a resident of Vancouver’s Fruit Valley neighborhood. She works part-time for the Community Roots Collaborative, a small grassroots organization that builds permanent affordable housing for homeless and at-risk families, and for the Washington Environmental Council, a nonprofit that focuses on sustainability and climate action throughout Washington State. Garcia has long been motivated to help advocate and speak for those who don’t have a voice in her community.

Taking on an industrial giant

Garcia first learned about the Tesoro Savage project in April 2013, while serving as leader of the Fruit Valley Neighborhood Association. She immediately became concerned about the safety and health of her community. The details of the project—and Tesoro’s troubled history—worried Garcia. The oil company already owed $10 million in fines for air pollution and $720,000 for safety violations in nearby Anacortes, Washington, after seven workers died in a Tesoro refinery in 2010.

Garcia reached out to influential stakeholders, including the local chapter of the International Longshore and Warehouse Union, Columbia Riverkeeper, Sierra Club, and small business owners’ associations. These groups were opposed to the project due to the potential environmental and health consequences for the community and for workers. Garcia soon became a spokesperson and testified as a key community witness at public hearings and city council meetings.

Garcia continued her leadership and advocacy and convinced the city council to appeal the Tesoro Savage proposal to Washington’s Energy Facility Evaluation Council (EFSEC)—the state agency responsible for permitting new projects. Garcia attended every EFSEC meeting from 2014 to 2017 as a representative of the Fruit Valley Community. In July 2016, she provided key testimony before EFSEC against Tesoro, the port, and BNSF railroad at a major hearing on the project.

From 2015 through 2017, Garcia supported the campaigns to elect two key community voices to the port commission—Eric LaBrandt and Don Orange—whose presence on the commission proved critical for Fruit Valley residents.

Through much of the campaign, Garcia battled serious illness. She would often travel directly from chemotherapy to community meetings and testify on behalf of Fruit Valley residents. However, she did not let this slow her down—and never missed a meeting. Additionally, from 2015 to 2017, Garcia received death threats on a near-daily basis.

In November 2017, thanks to Garcia’s activism and input, EFSEC issued an environmental impact statement asserting that the Tesoro Savage project posed “significant, unavoidable harms” to the environment and community. One week later, EFSEC representatives unanimously voted to recommend that the state deny the permit for the Tesoro Savage oil terminal. In January 2018, Governor Jay Inslee denied approval for the necessary permits. The following month, Tesoro Savage and the port agreed to terminate the company’s lease, effectively canceling all plans for the oil terminal in Vancouver. 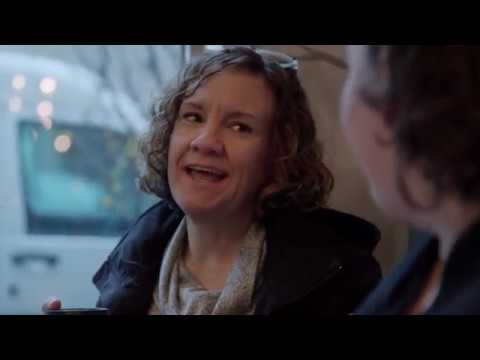 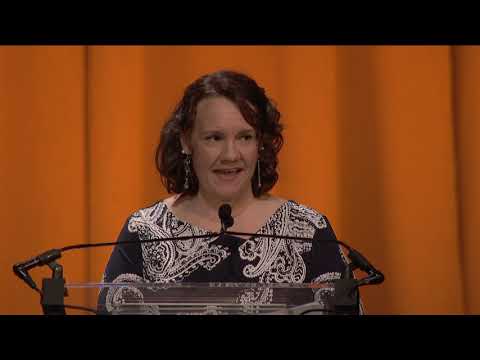 Support the Activism of the 2019 Goldman Environmental Prize Winners

Last month, we announced the 2019 Goldman Environmental Prize winners. Their stories of grassroots environmental activism, achievement, and persistence have inspired people around the world. You can support their work ...Read More

Meet these six extraordinary individuals who have moved mountains to protect our planet. Join us in celebrating the winners by watching the 30th anniversary Ceremony live today at 5:30 pm PDT on Facebook, Twitter ...Read More

‘The Biggest Challenge Was Not Being Heard’

A tough decision: Paying homage to the future or the past

Winners of the 2019 Goldman Environmental Prize

2019 Recipient for South and Central America

2019 Recipient for Islands and Island Nations