Born and raised in the Appalachian Mountains of West Virginia, Julia “Judy” Bonds was a coal miner’s daughter and director of Coal River Mountain Watch. Bonds emerged as a formidable community leader against a highly destructive mining practice called mountaintop removal that is steadily ravaging the Appalachian mountain range and forcing many residents, some of whom have lived in the region for generations, to abandon their homes.

In 2001, Bonds and her family became the last residents to evacuate from her own hometown of Marfork Hollow, where six generations of her family had lived. Marfork had been virtually destroyed by mountaintop removal mining, which involves completely blasting off the tops of mountains so that huge machines can mine thin seams of coal. Mountaintop removal mining completely annihilates streams and forests, and causes extensive flooding and blasting damage to homes. The pollution from mining and the toxic chemicals used in the preparation of coal for market have been linked to rising asthma rates and other serious respiratory ailments, particularly among children, including Bonds’ grandson. Residents who live near the mining blast zones also suffer from traumatic stress. Slurry dams thick with heavy metals such as arsenic, mercury, and lead routinely overflow into watersheds, contaminate drinking water, and drive toxic sludge into residents’ backyards. As a result, thousands of locals have been driven out of their homes.

Mountaintop removal mining has also been catastrophic for Appalachia’s waterways. Coal companies routinely dump the tons of mountaintop debris into nearby valleys and streams. Today, more than 1,000 miles of Appalachian headwater streams have been completely buried and 300,000 acres of the world’s most diverse temperate hardwood forests have been obliterated by so-called “valley fill.”

Bonds, who previously worked as a waitress and manager at Pizza Hut and for convenience stores, dedicated the rest of her life to protecting Appalachia and the people who live there from the ravages of mountaintop removal mining. The catalyst for her activism, she says, was the day her grandson stood in a stream in Coal River Valley with his fists full of dead fish and asked, “What’s wrong with these fish?”

Her dedication and success as an activist and organizer made her one of the nation’s leading community activists confronting an industry practice that has been called “strip mining on steroids.”

Bonds’ primary nemesis was Massey Energy, the nation’s fifth largest coal producer at that time and the company responsible for the destruction of Marfork and many other Appalachian towns. Richmond, Virginia-based Massey, has one of the worst environmental and safety records in the country. In 2000, it was responsible for the worst environmental disaster in southeastern history when a slurry spill released over 250 million gallons of coal sludge in Martin County, Kentucky. Massey currently runs numerous mountaintop removal strip mines throughout Appalachia and holds a number of pending permits to mine along the Coal River Valley.

Operating from a small storefront on a shoestring budget, Bonds scored a number of important victories despite enormous industry opposition. Foremost among them was the critical partnership she forged with the United Mine Workers Union over overweight coal trucks. Coal trucks routinely bearing twice the legal load barrel down narrow, steep highways and through towns, endangering drivers, beating up the roads, and cracking house foundations. The monster trucks were responsible for 14 deaths in a two-year period, including a brother and sister who were crushed to death when a coal truck forced their vehicle into another oncoming truck. Thanks to the mine workers’ union and community pressure, Bonds and other activists filed a lawsuit against coal operators, forcing companies to haul safe and legal loads. Bonds also worked with activists to launch a national grassroots campaign that asked people to write postcards to the governor of West Virginia pledging that they would not visit the state until outsized coal trucks were banned.

In a testament to her vigilant monitoring of mining-related violations and advocacy efforts, Bonds was also instrumental in winning important concessions from the State Mining Board, which imposed a 30-day suspension on a polluting Massey mine and set tougher protections for local communities against mine blasting.

Such victories came at a price to her personal safety. Bonds routinely received threatening, anonymous phone calls that intensified whenever she planned a protest. She and other activists were threatened by armed security guards on Massey’s payroll when they showed visitors, including journalists, sites that had been devastated by mining.

As Massey poured hundreds of thousands of dollars into an ad campaign to whitewash its image in mining country, Bonds organized faith groups and local activists to picket Massey’s annual stockholders meeting. In an attempt to avoid the public outcry about their operations, Massey refused to divulge the location or date of their shareholder meeting until the last moment. Bonds also pushed for public hearings about the Bush Administration’s final Environmental Impact Statement on mountaintop removal mining. Because of the involvement of Steven Griles, a former mining industry lobbyist turned second in command at the US Department of Interior, activists doubted the statement would paint an accurate portrait of the real threats and costs of mountaintop removal.

Bonds galvanized a grassroots response to the Fourth US Circuit Court of Appeals ruling on mountaintop removal, which was issued on January 29, 2003. The ruling, based on an appeal brought by the Bush administration, overturned a landmark federal court ruling that banned mountaintop removal mining on the grounds that it violates the Clean Water Act. Since the new ruling, West Virginia has been bombarded with new mountaintop removal mining permits. Bonds and other local citizens fought these permits in the courts.

Bonds fought the Bush administration on a number of fronts as President Bush continued to support a national energy plan that was reliant on continued coal production. “When powerful people pursue profits at the expense of human rights and our environment, they have failed as leaders,” Bonds said. “Responsible citizens must step forward, not just to point the way, but to lead the way to a better world.” 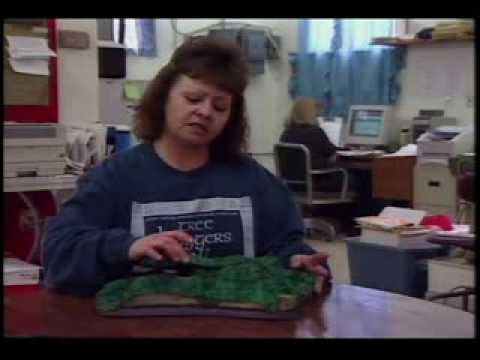 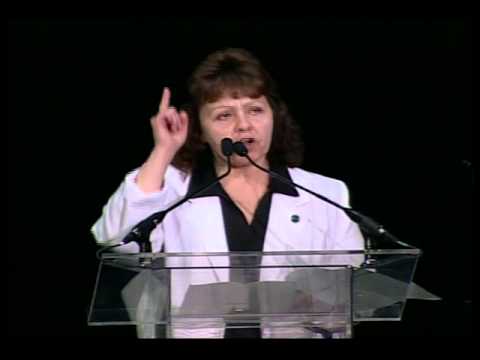 The maternal instinct to protect one’s family is a powerful catalyst. Many Goldman Prize recipients initially became involved in environmental activism to protect the health and wellbeing of their children. ...Read More

Last night, CNN aired "Battle for Blair Mountain: Working in America," a documentary piece on coal mining hosted by Soledad O'Brien. While the piece makes an effort to represent both ...Read More

Fight Against Coal gets $50 Million Boost From Bloomberg

We were thrilled to hear yesterday’s announcement: New York Mayor Michael Bloomberg is donating $50 million to their campaign to eliminate the dirtiest coal-fired power plants. The funding will provide ...Read More

It is with great sadness that we announce the passing of Julia "Judy" Bonds, a charismatic and tireless leader in the fight against mountaintop removal coal mining in Appalachia. Judy ...Read More

The voices of the thousands of Appalachians living with contaminated drinking water have finally been amplified over the past several days with a long-overdue announcement about halting mountaintop removal permits ...Read More

2003 Recipient for Islands and Island Nations