Co-founder of a wetlands protection organization, Jorge Varela advocated for sustainable shrimping to protect ecosystems in the Gulf of Fonseca, where commercial shrimping destroys mangrove forests and poisons estuaries.

In the late 1990s, in coastal communities around the world, a groundswell of discontent developed regarding the adverse effects of industrial shrimp aquaculture. Worldwide, shrimp farms have destroyed thousands of miles of critical coastal wetlands, displaced traditional fishing communities, and contaminated fresh water supplies. Meanwhile, the industrial shrimp farms have been plagued by disease, due to overcrowding and poor water quality. Scientists have raised concerns that these viruses might spread to wild stocks. Varela, a Honduran conservationist, is recognized internationally as an important figure in the global struggle to contain this unsustainable model of development.

In Honduras, the feverish proliferation of industrial shrimp aquaculture has led to extensive clearing of coastal mangroves (which serve as vital nurseries for young fish), irresponsible fisheries management, and the destruction of estuaries. This has resulted in tremendous pressure on the once rich fisheries of the Gulf of Fonseca. Located on the Pacific coast, the Gulf of Fonseca is shared by Honduras, El Salvador, and Nicaragua. The shrimp raised there are primarily for export and local fishermen have been increasingly restricted from common fishing grounds as the coast is privatized.

The Committee for the Defense and Development of Flora and Fauna of the Gulf of Fonseca (CODDEFFAGOLF) was co-founded by Varela in 1988 as part of an emerging grassroots movement challenging the appropriation of natural resources. Representing 10,000 subsistence fishermen, farmers, salt extractors, grade school children, and local residents, CODDEFFAGOLF became one of the most effective and most respected NGOs in Central America. As the organization’s executive director, Varela contributed significantly to containing the expansion of shrimp farming in the Gulf of Fonseca’s coastal wetlands.

Varela successfully pressured the Honduran government to establish protected wildlife and fishing refuges in the Gulf’s coastal lagoons and worked patiently with the government to implement an on-the-ground strategy for enforcing protection of these sanctuaries. In 1996, CODDEFFAGOLF members persuaded the government of Honduras to enact a precedent-setting moratorium on the construction of new shrimp farms. After the organization’s members exposed 60 instances in which shrimp farmers violated the moratorium and marched on the capital city, the government increased enforcement measures and extended the licensing moratorium for a second year. Such accomplishments did not come easily. Varela and CODDEFFAGOLF challenged powerful interests and, in the mid 1990s, two of the organization’s members were killed. Varela has had his life threatened repeatedly.

In May 1995, CODDEFFAGOLF, together with groups from El Salvador and Nicaragua, formed the Trinational Civil Association for the Conservation of the Gulf of Fonseca. Varela served as the commission’s first head. Varela and CODDEFFAGOLF are also founding members of the Industrial Shrimp Action Network (ISA Net), an international effort to support the efforts of coastal communities that are resisting the introduction or expansion of industrial shrimp farming. In November of 1998, Varela participated in a successful public education tour across Canada to alert North Americans to the high costs associated with eating industrially raised shrimp.

In the fall of 1998, Hurricane Mitch left a devastating wake of destruction in Honduras. CODEFFAGOLF mobilized their extensive network and became a de facto relief agency in the western region of the country.

Since then, community action by members of CODEFFAGOLF has seen over 1,200 hectares of mangroves restored while artificial reefs have increased fish stocks by 36%, benefiting over 7,000 families. To date, the organization has established nine protected areas, and secured 70,000 hectares as a Ramsar site. 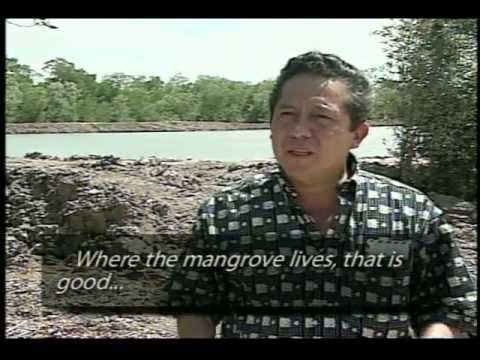 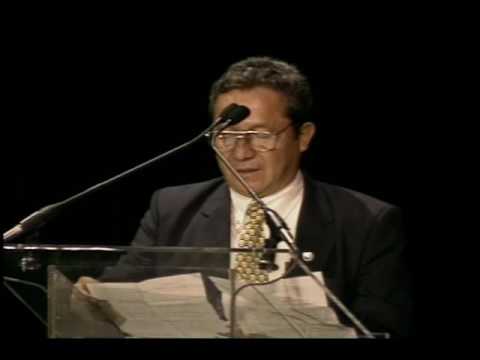 Blue Carbon: How Two Prize Winners are Conserving our Wetlands

Australia’s raging fires. The Amazon up in smoke. A nearly year-round fire season in California. Current events have elevated global concern for our forests, one of the earth’s largest and ...Read More

Jorge Varela Comes Out of Retirement

1999 Goldman Prize recipient Jorge Varela recently announced that he is coming out of retirement to head up Honduras’ Association of Fisherfolk of the Gulf of Fonseca (APAGOLF) as executive ...Read More

Jorge Varela was awarded the Goldman Prize in 1999 for his marine conservation work in Honduras, particularly his efforts to protect the ecological diversity of the Gulf of Fonseca from the ...Read More