Jean La Rose lives and works in Georgetown, Guyana, located between Venezuela and Suriname. She is an indigenous Arawak and has served as the program administrator of the Amerindian Peoples Association (APA).

Guyana’s interior is home to nine indigenous communities who rely on the rich diversity of the environment for survival. The region has significant deposits of gold, diamond, copper, uranium, lead, and zinc. Mining contributes more than 25% of Guyana’s gross domestic product. In 2002, there were more than 35 transnational mining companies operating in Guyana, holding mining concessions on 30% of the country’s surface area. In addition, there were more than three million hectares of small and medium-scale mining permits and a thousand miles of river subject to dredging operations. The government controls all rights to subsurface minerals.

In 1977, the government declared the entire Mazaruni River, one of Guyana’s major rivers and home to the Akawaio and Arekuna peoples, a mining district. Thousands of small-scale miners overran the region, causing severe environmental damage and disrupting the lives of region’s Amerindian people. In 1991, the government granted land titles to some of the local communities, but the rights excluded all rivers and riverbanks up to 66 feet inland. Moreover, federal control over subsurface minerals allowed mining to continue. Today, the long Mazaruni River is unfit for human use and ancestral fishing grounds and spawning areas have been destroyed. Use of river water causes skin rashes, vomiting, and diarrhea, especially in children. Malaria is a serious problem and miners rape and abuse Amerindian women with impunity.

In 1995, the Omai Mines, owned jointly by GSR and Cambior, caused one of the world’s worst mining disasters when three billion liters of cyanide effluent spilled into the Essequibo, Guyana’s largest river. This disaster continues to have serious negative consequences for local communities. In spite of this tragedy, the government continued selling mining concessions. In 1999, another 20,000 square miles of concessions were granted, affecting a total of 46 Amerindian communities, extending from the Arekuna and Akawaio communities to those of the Patamonas.

Jean La Rose has been working with the Akawaio, Arekuna, and other Amerindian communities to halt the mining in their territories and to secure full rights to traditional lands. She was among the leaders responsible for the growth and development of the Amerindian Peoples Association (APA). In decades past, most Amerindians knew little about their legal rights. La Rose conducted workshops to inform indigenous communities that their traditional rights can and should be recognized by Guyana’s laws. She continues organizing against mining, logging, and other environmentally destructive practices.

With La Rose’s guidance, six Akawaio and Arekuna communities from the Upper Mazaruni region filed Guyana’s first land rights lawsuit in the High Court on October 28, 1998. In the case, the communities sought recognition of their aboriginal title to a territory of about 3,000 square miles, the rainforest home of 5,500 Amerindians.

La Rose influenced revisions of the Forest Act, and was able to reduce the number of logging concessions and won a government moratorium on logging in 1993.

La Rose, who was selected by Amerindian organizations and leaders to represent them in the constitutional revision process, was also chosen to be the vice chair of the Constitutional Revision Commission. Her work was instrumental in guaranteeing for the first time that some Amerindian rights, including the right to a healthy environment, be included in the constitution. She was also selected by Amerindian organizations to sit on the Advisory Committee of the Environmental Protection Agency. As an indigenous woman in Guyana, La Rose has battled against strong prejudice and defamation campaigns. Her office has been broken into and she has suffered police harassment. 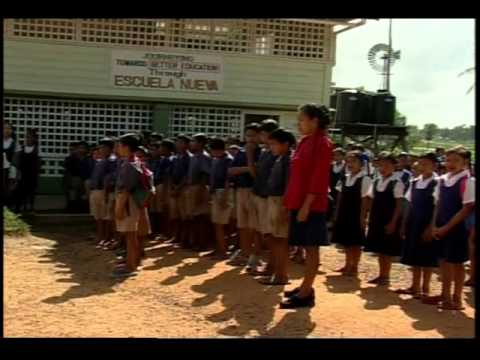 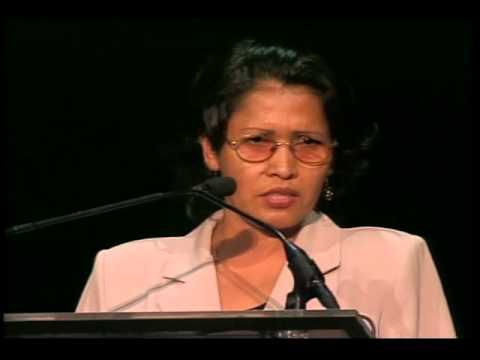 Indigenous communities could be decimated by coronavirus, activists say