Howard Wood spearheaded a campaign that established the first community-developed Marine Protected Area in Scotland, giving citizens a voice in a debate that has been dominated by the commercial fishing industry.

The Firth of Clyde was once known for plentiful fishing of herring, cod, haddock, and turbot. Small-scale traditional fishing provided a source of livelihood for generations of families in the Clyde and Arran, who were able to fish sustainably thanks to long-standing laws that banned practices that towed fishing gear along the seabed.

However, growing international demand for seafood and sustained lobbying by powerful commercial fishing interests in the 1980s led the British government to repeal various seabed protection measures. Coupled with technological advances in fishing, the new industry-friendly policies opened up the Firth of Clyde to the more destructive fishing practices.

Fisheries quickly collapsed, and the industry moved on to exploit what little remained of marine resources in the area: scallops and prawns.

The commercial fishing industry began indiscriminately plowing through the seabed with scallop dredges, repeatedly passing over the same area to maximize their catch. They damaged the seafloor and maimed coral and kelp forests—vital nursery grounds for fish and shellfish—crippling the habitat necessary for a healthy marine ecosystem.

Howard Wood was a teenager when his family moved back to the Isle of Arran, where his father spent much of his youth. He worked at the family’s plant nursery and spent his free time diving in the local waters, marveling at the sea life below. Over the course of hundreds of dives a year, he witnessed firsthand the destruction of marine wildlife brought on by irresponsible fishing practices.

In 1989, Don MacNeish, a close friend who often joined Wood on his dives, came back from a trip to New Zealand enthused about the Marine Protected Areas he had seen there. He and Wood decided they would establish similar areas of marine conservation around Arran.

Wood and his friend used their own personal savings and in 1995, co-founded the Community of Arran Seabed Trust (COAST), a citizen group of volunteer activists committed to protecting the local marine environment. While Wood had no formal training as an environmental activist, he understood his responsibility as a member of the tight-knit community in Arran to restore and protect a resource that had been a source of cultural identity—and economic sustainability—for the people on the island.

Wood set out to champion sustainable management of marine resources for the benefit of all. In doing so, he faced an uphill fight against a deeply entrenched history of poor marine management.

With his colleagues at COAST, Wood launched a grassroots campaign to establish Scotland’s first No Take Zone (NTZ) in Lamlash Bay, an area they had identified as key habitat for regenerating marine wildlife. After 12 long years dotted by numerous setbacks and progress, meetings with public officials, local fishermen and scientists, community rallies, and petitions to the Scottish parliament, Wood celebrated the establishment of the NTZ in 2008.

Wood enlisted local divers to work alongside academic scientists to monitor the coastline to enforce the new rules, an effort that would yield dramatic recovery of seaweed beds, corals and juvenile scallops in just a few years.

Building on this momentum, Wood led COAST to submit a proposal in 2012 to designate the South Arran Sea as a Marine Protected Area (MPA). The proposal was developed in close consultation with local communities on different methods of fishing and relied on meticulous survey data from divers and researchers. Wood led community education efforts and rallied citizens to keep the issue on the political front burner in Scotland.

In July 2014, the Scottish government announced 30 new Marine Protected Areas in Scotland including the South Arran MPA, the first and only community-developed MPA in the country. Wood and his team at COAST are now working with the government to set a policy that legally recognizes the community’s right to have a stake in the management of its seas and ensures that the area is protected from destructive fishing practices. The approach marks a significant departure from previous debates where the commercial fishing industry has been the only stakeholder at the table.

Wood is also working with other coastal communities in Scotland to develop similar proposals and promote sustainable marine management policies that will allow fishing communities to keep their culture and livelihoods for generations to come. 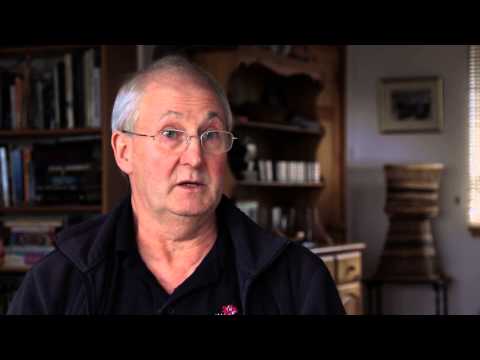 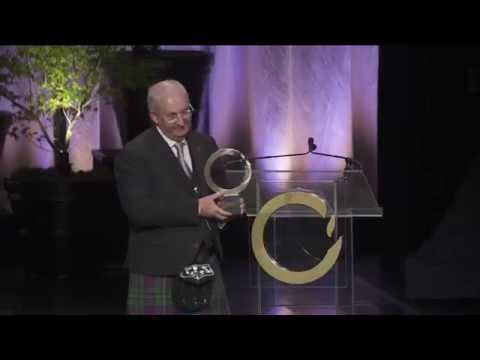 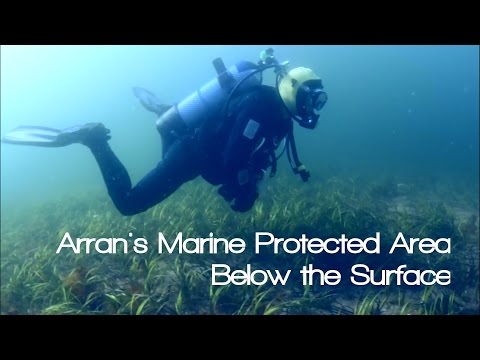 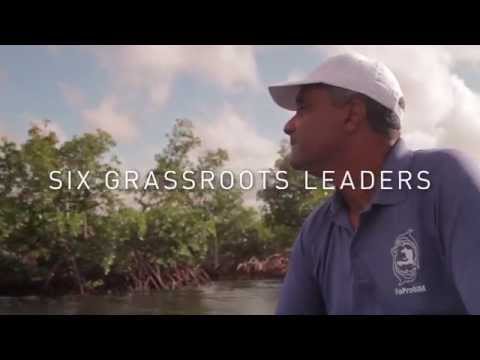 Howard Wood with his family in Arran, Scotland. Wood grew up on the island since his teenage years, working at his family’s plant nursery and spending his free time diving in the local waters, marveling at the sea life below. (Photo: Goldman Environmental Prize)

Howard Wood at the offices of COAST, which he cofounded with his longtime friend and diving buddy Don Macneish. (Photo: Goldman Environmental Prize)

Howard Wood talks to students about the importance of sustainable marine management at a school in Arran, Scotland. (Photo: Goldman Environmental Prize)

Over the course of hundreds of dives a year, Howard Wood witnessed firsthand the destruction of marine wildlife brought on by irresponsible fishing practices (Photo: Goldman Environmental Prize)

Diving has been a long-time hobby and passion for Howard Wood. (Photo: Goldman Environmental Prize)

After 12 long years dotted by numerous setbacks and progress, meetings with public officials, local fishermen and scientists, community rallies, and petitions to the Scottish parliament, Howard Wood celebrated the establishment of the No Take Zone in Lamlash Bay in 2008. (Photo: Goldman Environmental Prize)

Howard Wood's leadership was instrumental in creating the first community-developed Marine Protected Area in Scotland, giving citizens a voice in a debate that has been dominated by the commercial fishing industry (Photo: Goldman Environmental Prize)

Five People Working to Save our Oceans

From the conservation of endangered species to the establishment of marine protected areas, here are five stellar Goldman Prize winners working to protect our seas. 1. Jacqueline Evans Thanks to ...Read More

“I have ideas that I would like to see change the world.”  Here at the Prize, we are committed to honoring unsung heroes and marine biologist Bill Ballantine is no ...Read More

Who can forget cheerful Scotsman and avid diver Howard Wood? Since winning the Prize in 2015 for establishing Scotland's first community-developed Marine Protected Area, Wood has been hard at work with the Community of Arran Seabed ...Read More

The 2015 Prize recipients Share Their Hopes for the Year

For our first blog of 2016, we asked last year's Prize recipients to tell us hopes and plans for the coming year. Sharing their thoughts with us are Howard Wood (2015, Scotland) of the Community ...Read More

2015 Goldman Prize winner Howard Wood spearheaded a campaign that established the first community-developed Marine Protected Area in Scotland, giving citizens a voice in a debate that has been dominated ...Read More

Photos and Highlights from the 2015 Prize Tour

The 2015 Goldman Prize ceremony took place on Monday, April 20 at the historic War Memorial Opera House in San Francisco, followed by a reception at City Hall. At the ...Read More

Congratulations to the 2015 Goldman Environmental Prize Winners! Phyllis Omido, Kenya: After learning her own breast milk was making her baby sick—and realizing her child wasn’t the only one suffering from ...Read More

Lamlash Bay on Arran’s ecosystem bounces back from the brink

A Scotsman’s Mission Ends in a Fishing Bay Restored

New approach to the coast could bring economic boost

To the barricades: radical talk at the Goldman awards

‘Globalization and Its Discontents’

Saviour of the seabed honoured

Goldman Prize Winners 2015: When Art Empowers Society, and So Much More!

Fighting for Our Oceans

2015 Recipient for South and Central America