Using a clause in the state constitution that gives municipalities the right to make local land use decisions, Helen Slottje provided pro-bono legal assistance, helping towns across New York defend themselves from oil and gas companies by passing local bans on fracking.

Much of upstate New York is a rural landscape dotted by small towns, dairy farms, vineyards and bed-and-breakfasts. It is also home to the headwaters of the Finger Lakes that provide drinking water for much of the northeastern region.

Directly below the Finger Lakes region lies the Marcellus Shale, the largest known deposit of underground shale gas in the United States. In 2008, New York began an environmental review of fracking—a controversial practice that involves drilling through shale rock using a pressurized mix of water and chemicals to release natural gas. That review is ongoing and thus far has spared the state from the environmental damage wrought in nearby Pennsylvania and Ohio.

Helen Slottje was working as a commercial attorney at a large Boston law firm when she met her husband David, a colleague at the firm. Slottje left her corporate practice and moved to Ithaca, where David had moved to join a family business. They fell in love with the rustic, small-town charm of the Finger Lakes region and decided to stay for good.

One spring day in 2009, Slottje saw an ad in the local paper announcing a meeting about gas drilling organized by a community group in Tompkins. She remembered seeing gas leases on every single property when she was helping her brother-in-law find a home in Ithaca. Her curiosity piqued, she went to the meeting—and left horrified at the pictures she had seen.

Once pristine landscapes were scarred by construction, drilling equipment, and waste pits. Families were left to deal with dirty water and air, suffering health problems as a result. Horror turned to resolve, and Slottje decided to stay in Ithaca to see this fight through.

Slottje’s first project as a volunteer was to build a legal case against a large industrial complex being built by a fracking company at a vacant former military storage facility in the nearby town of Horseheads. While the case ultimately went the industry’s way, Slottje gained insight into the importance of local zoning and land use laws to limit the adverse impacts of one property’s use on others. Further research led Slottje to conclude that in much the same way as local laws determine how much light and noise is permissible from activities in town, individual townships could use zoning laws to outright ban fracking within their borders.

Slottje first discussed this idea with a gas drilling task force in the town of Ulysses and, with her husband David, helped the group develop a local law to ban fracking. When community members learned of the task force’s work, they supported the committee by drafting a petition to ban fracking, and residents interested in signing it began flooding town hall with phone calls. Word spread to neighboring towns, and soon enough, citizens in towns around the state began to develop similar petitions of their own. Over the next several months, Slottje drove hundreds of miles from one town to the next, providing hundreds of hours of pro bono legal help at community meetings.

While most local citizens and town boards embraced this strategy, the gas industry openly ridiculed and threatened Slottje. Pro-industry individuals verbally assaulted her, followed her to her car late at night after community meetings, and attempted to intimidate her.

When Dryden’s town board unanimously passed a law banning fracking in 2011, the gas industry sued the town. The industry lost the battle in trial court, and following an unsuccessful appeal, the case is now before the state’s highest court.

More than 170 towns and cities throughout New York have passed local laws prohibiting fracking based on Slottje’s innovative legal framework. Many more, inspired by successes of small towns winning over powerful corporations, are working on bans—and informing grassroots organizations in states like California, Texas and Colorado where communities are also grappling with ways to regulate fracking. 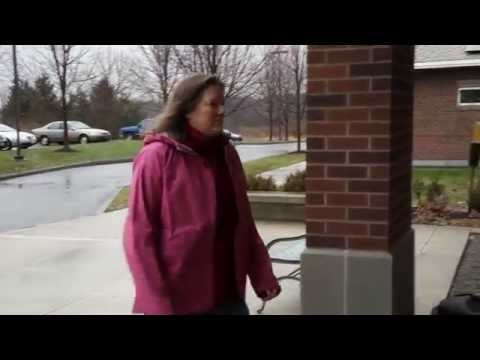 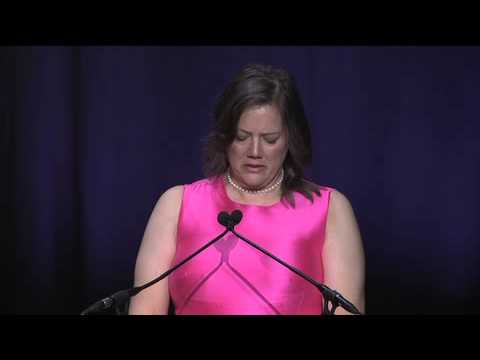 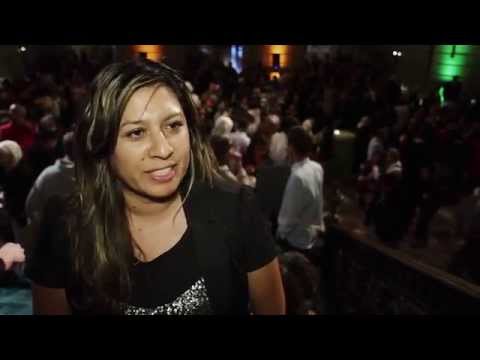 Helen Slottje in her home in Ithaca, NY

On Monday, April 28, 2014, we celebrated the 25th Annual Goldman Environmental Prize ceremony in San Francisco. Six outstanding individuals from around the world were awarded the Prize for their ...Read More

Looking Back at the 2014 Goldman Prize Ceremony

As we prepare for the 2015 Goldman Prize ceremony on Monday, April 20, we are taking a moment to remember some of the highlights from the 2014 ceremony. The 25th ...Read More

Before New York’s Governor Andrew Cuomo announced a statewide ban on fracking last month, dozens of small towns had already banned the practice in their municipalities. Due to the local ...Read More

Don’t miss “The New Environmentalists: From Ithaca to the Amazon” as it makes its national debut on a PBS station near you! This Emmy winning series is narrated by Robert ...Read More

Earlier this month, the New York Court of Appeals, the state’s highest court, heard oral arguments in a landmark case that stands to decide whether the Town of Dryden has ...Read More

EPA Proposal Seeks to Cut Carbon Emissions by 30% by 2030

This week, the Environmental Protection Agency unveiled a proposal to cut carbon pollution from power plants by 30% from 2005 levels by 2030. The proposed regulation is the centerpiece of ...Read More

The 2014 Goldman Prize ceremony in Washington, DC took place on Wednesday, April 30 at the Ronald Reagan Building and International Trade Center. Despite the rainy weather, hundreds of people ...Read More

Helen Slottje on Campaign Against Fracking

The real secret to beating the Koch brothers: How our broken political system can still be won

Goldman Environmental Prize winners to be honored in S.F.

How A Former Corporate Lawyer Stood Up To Fracking Companies, And Won

Fighting For Environment, Climate And Justice: the 2014 Goldman Prize Winners

One frack mind: How a determined New Yorker won the green Nobel

Towns across the country are blocking energy companies from fracking

2014 Recipient for Islands and Island Nations

2014 Recipient for South and Central America