Fatima Jibrell saved northeastern Somalia from the massive logging of old-growth acacia trees by persuading the regional government to create and enforce a ban on exports of charcoal made from the trees.

Fatima Jibrell was born and raised in Somalia and came to the United States, where she completed her undergraduate and graduate degrees. She is a naturalized American citizen. In the early 1990s, she returned to Somalia and founded African Development Solutions (ADESO), then known as Horn of Africa Relief and Development Organization. She also is the coordinator of the Resource Management Somali Network (RMSN), which includes environmental groups throughout the Horn of Africa. She was also instrumental in creating the Women’s Coalition for Peace to counter the emergence of a new political crisis in northeast Somalia in the Puntland region.

When Jibrell was a child, her parents confined her to their hut, worried that she would wander into the tall grass, habitat for Somalia’s lions. In her lifetime, she has seen extreme environmental devastation: in many regions the grass, and the lions, have vanished and desertification is a serious threat.

Environmental degradation and desertification have intensified during a decade without stable government. Since the collapse of Somalia’s central government in 1991 and the subsequent civil war, the market for charcoal in the Gulf countries and Saudi Arabia led to large-scale and environmentally damaging logging. Charcoal, a fuel source, replaced livestock as Somalia’s main export following the livestock ban imposed by the Gulf states in September 2000. Known to many as Somalia’s black gold, a bag of charcoal can sell for $10 in Saudi Arabia. Charcoal is made from acacia trees that are 50 and 500 years old. In addition, vegetation better used for grazing instead fuels the fires of the charcoal kilns.

Somalia’s fragile environmental resources and the survival of thousands now are threatened by a severe drought in the eastern region of the country. Children, pregnant women, and the elderly are dying, as well as the livestock that sustains the population.

Although Somalia has the second-longest coastline in Africa, fish was not a popular food until recently. As cattle have become increasingly hard to raise, Somalis have begun to fish. However, foreign trawlers are over-fishing, exploiting the absence of a government to defend the territorial limits. Illegal dumping of toxic wastes in the waters off Somalia exacerbates the depletion of fish stocks.

In response to the charcoal crisis, Jibrell and ADESO trained a team of young people to organize awareness campaigns about the irreversible damage of unrestricted charcoal production. In 1999, ADESO organized a peace march in Puntland’s main town to stop the “charcoal wars.” As a result of her education and lobbying, in 2000 the Puntland government banned the export of charcoal and has since enforced the ban, leading to an 80 percent reduction in exports. To eliminate the domestic need for charcoal, ADESO promotes the use of solar cookers. In the course of their campaign, Jibrell and ADESO’s staff received numerous threats. ADESO continues to work across the boundaries of clans, a significant accomplishment in Somalia where clan conflicts are common.

Jibrell teaches a grassroots response to drought and water scarcity by teaching community groups, especially women and youth, to build small rock dams. By slowing the runoff during the brief rainy season, these small dams nourish vegetation, crucial in slowing the growth of arid lands.

Jibrell also has joined with several villages in eastern Sanaag to form the Buran Rural Institute (BRI). With the help of ADESO and NOVIB, a Dutch NGO, BRI has brought together women, men, elders, youth, and nomads to focus on peace, political participation, and natural resource issues. In May 2001, BRI organized a Camel Caravan in which young people loaded tents and equipment on camels to walk for three weeks through a nomadic area and educate the people about the careful use of fragile resources, healthcare, livestock management and peace.

While Jibrell focuses on arid zones, she has not overlooked the importance of the marine environment. She is one of the lone voices speaking out against the degradation of the Somali marine environment in local, regional and international meetings.

In 2013, Jibrell officially retired from ADESO, after making significant progress in enforcing the charcoal ban and helping the organization expand its work to South Sudan and Kenya. She remains on the organization’s board of directors. Her daughter, Degan is now the Executive Director.

Together with ADESO and with the guidance of her mother, Degan is currently leading a program that restores fisheries in Somalia’s coast by training communities in sustainable fishing practices, revitalizing critical habitat such as mangroves and coral reefs, and developing community-led responses to illegal fishing. This program is being supported by the Jewish Community Foundation and the Goldman Environmental Foundation. 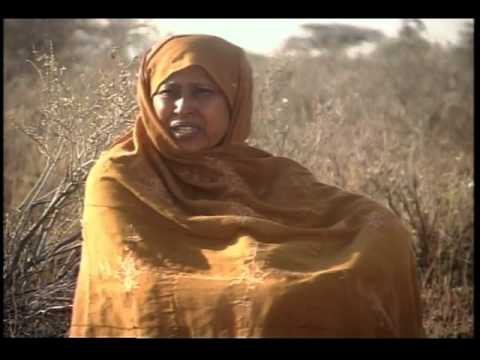 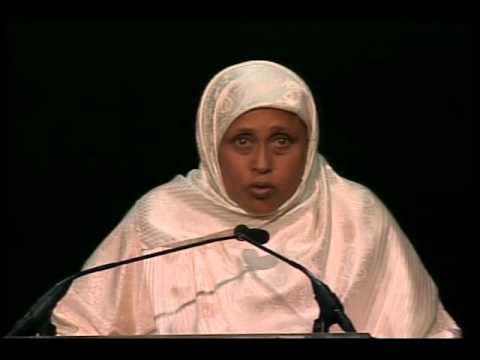 In this guest blog, Goldman Prize winner — and African 'shero' — Fatima Jibrell (2002, Somalia), pictured above, gives an update on a new program developed by her organization, African Development Solutions (Adeso). With ...Read More

Fatima Jibrell Honored with UNEP Champions of the Earth Award

The Cyclone You’re Not Hearing About: An Appeal from Somali Prize Winner Fatima Jibrell

In mid-November, a devastating cyclone made landfall in Somalia’s Puntland region- home to 2002 Goldman Prize winner Fatima Jibrell. Jibrell is working with her organization Adeso to raise funds and ...Read More

In the early 1990s, as the civil war and famine broke out in Somalia, Fatima Jibrell was compelled to do something about what was happening to her land and her ...Read More

The Hollywood Pirate Returning to Somalia

2002 Recipient for South and Central America