Founding father and environmental hero of the newly formed nation of East Timor, Demetrio do Amaral spearheaded the progressive inclusion of environmental justice tenets in the country’s constitution.

A former clandestine resistance leader who went on to head Habras—the first environmental NGO in his homeland—Demetrio do Amaral de Carvalho is a founding father of East Timor, one of the world’s newest countries. Under his leadership, this island nation—a Portuguese colony until 1975, ravaged by centuries of occupation and warfare—charted a new course for sustainable development and environmental protection based on Tara Bandu, the East Timorese cultural practice of acting in harmony with nature.

A land of lush rainforests, tropical beaches, and spectacular coral reefs, East Timor has seen its natural resources plundered over the years by military occupation and profiteering colonialists. De Carvalho was nine years old when the Indonesian military invaded East Timor. As a child, he remembers the shriek of Indonesian war planes overhead and napalm bombs exploding near his home in the jungle, to which his family fled in 1975 after his father was brutally murdered by FRETILIN, a former East Timorese pro-independence guerrilla group. While still a junior high school student, de Carvalho became an activist for East Timorese independence. In college, he joined RENETIL, the leading student resistance movement, and co-founded the movement’s first magazine.

During the Indonesian occupation, resistance fighters risked their lives to gain liberation. A number of de Carvalho’s friends and colleagues were tortured and killed by Indonesian military forces, many of them in the bloody 1991 Dili massacre that killed 270 people. A week after the massacre, de Carvalho was seized by the Indonesian police and thrown in jail for three weeks without due process for his involvement in a protest in Jakarta. By the time East Timor achieved independence in 2002, one-third of the population—an estimated 250,000 people—had faced systematic slaughter, forced starvation, and relocation. The island’s forests, which resistance fighters relied on for cover, had been slashed and burned by Indonesian troops.

In 2004, the majority of East Timor’s 965,000 citizens survived on less than a dollar a day. The widespread economic hardship put enormous strains on the country’s natural resources. For example, in communities around Dili, the nation’s capital, people with no other means of income began clearing trees to sell as firewood.

In 1998, de Carvalho founded the Haburas Foundation to tackle the country’s environmental crises. Operating out of his home on a shoestring budget, de Carvalho is largely credited for spearheading the progressive inclusion of four key articles in East Timor’s constitution: the right to a healthy environment; respect for traditional customary law; prioritization of sustainable development; and natural resource management.

For a country building its republic from the ground up, these principles have played a critical legal and symbolic role in guiding the management of the island’s natural resources, from oil reserves in the Timor Sea to its rainforests and coral reefs. Today, de Carvalho and Haburas continue to advise the new government on environmental policies.

“East Timor must learn from the examples of neighboring countries in the Asia Pacific,” de Carvalho said. “Models of development that have gone wrong there should serve as lessons for us. We do not want to repeat the same mistakes.”

Under de Carvalho’s leadership, Haburas tackled a number of high-priority environmental initiatives. Among them was protecting Lake Iralalaru in the eastern part of the country, an unexplored wetlands area that was threatened by a proposed hydropower station and plans to pump the lake for irrigating sugarcane plantations. De Carvalho pushed for further environmental studies of the ecosystem and of the impact on local communities before any development moved forward.

As East Timor eyed tourism as its second major source of revenue beyond oil, de Carvalho continued to shape the growing industry by helping communities set up cooperative ecotourism businesses that promote folk culture and environmentally sensitive expeditions. He also acted as a bridge between indigenous communities and government officials in the creation of East Timor’s first national park.

“It’s not just that Demetrio is heading an environmental group, Haburas is the leading group that has a handle on all of the major development and environmental issues facing East Timor,” according to Tim Anderson, a professor of political economy at the University of Sydney who worked with de Carvalho during the country’s transition to independence. “Demetrio is the one steering the country in a direction of true sustainable development. He is one of the new leaders of East Timor.” 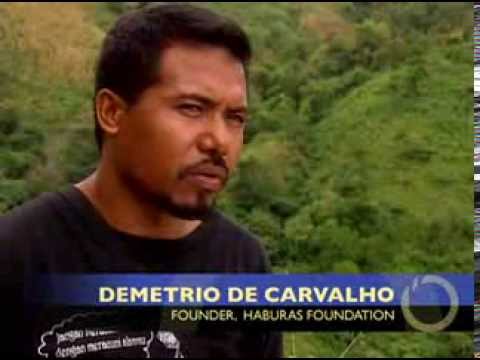 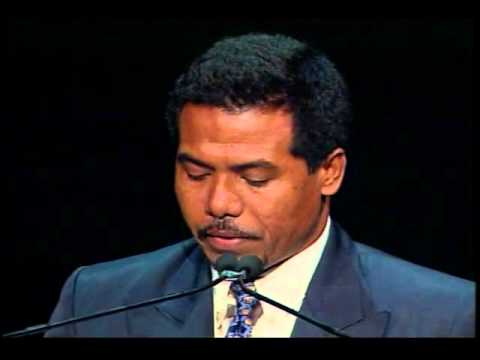 Climate leaders of the Global South: the scientists, politicians and activists tackling the crisis at home

East Timor at the forefront of fixing the global recycling crisis