Caroline Cannon gave her native community in Point Hope an unprecedented voice in a legal battle to keep the Arctic Ocean safe from offshore drilling.

The Arctic waters off Alaska’s north coast boast a wide array of biodiversity including polar bears, whales, fish, and millions of migrating birds. The Inupiat people of this region depend on this Arctic marine life—particularly the bowhead whale—for the survival of their traditional subsistence culture. The 700 Inupiat people of Point Hope, a remote village on the shores of the Chukchi Sea in the Arctic Circle, live sustainably from these marine resources, as their ancestors have done for millennia.

Over the last few years, there has been an enormous push to open up Arctic waters to unprecedented oil and gas development, posing an enormous threat to the region’s biodiversity and the native communities who rely on those resources for their survival. Spill prevention and response capability in this remote corner of the world is virtually unknown. If a spill were to occur in the fall when the seas are freezing over, oil could be left to flow until the following summer when relief wells can be drilled.

Yet numerous leases were slated for approval in the 2007-2012 federal plan for offshore oil and gas development. Hundreds of scientists appealed to President Obama to stop drilling in the Arctic until experts can study the proposed oil development’s impacts on the region’s marine ecosystems and native communities.

Born and raised in the harsh Arctic environment in Point Hope, Caroline Cannon grew up in a tight-knit Inupiat community who do everything together to survive and provide for their families. The village elders teach everyone in the community to care for each other and respect the land and sea that feed and clothe them. Nurtured by these values, Cannon has been an active leader in Point Hope for over 30 years, having served as president of the native village and on the board of Maniilaq Association, a health organization whose clinics provide much-needed medical care in the absence of local hospitals.

She is driven by a hope that the next generation of Inupiat people, including her 26 grandchildren, will have the opportunity to carry on the way of life that she and her ancestors have known.

Caroline Cannon has become one of the strongest and most consistent voice against the rush to drill in the Arctic seas. She traveled across Alaska and to Washington, D.C. to attend hundreds of industry meetings and federal summits, representing Point Hope’s concerns about what’s at stake and sharing her deep traditional knowledge of the Arctic marine environment, including whale migration patterns, walrus habitat, and the dynamics of ice floe movements in the region.

She became the face of the Inupiat community in a federal lawsuit challenging the 2007-2012 offshore oil and gas development plan. Her representation of Point Hope as a co-plaintiff in the suit was instrumental in bringing the case to victory when, in 2009, a federal court ruled that the proposed oil and gas leases failed to consider the significant impacts to the region’s marine environment. The court’s decision stopped all but one of the proposed major leases. The only one to move forward, Lease Sale 193, was allowed to do so because the federal government’s actual sale of the lease occurred before the lawsuit began. Cannon and her partners are now challenging that lease in federal court.

Cannon continues to be a force on Capitol Hill as pressure grows to support domestic energy development and create new jobs. 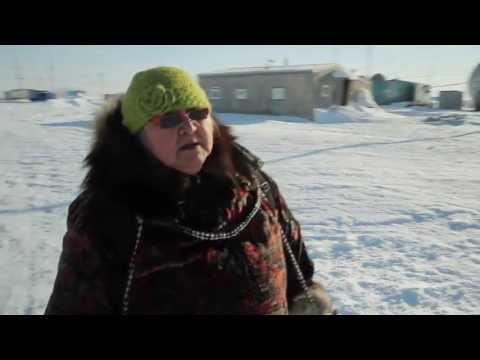 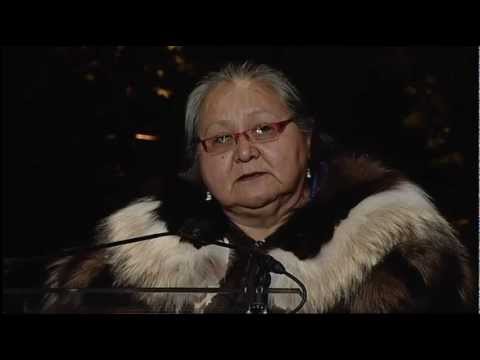 Caroline Cannon on the shore of Cook Inlet, near Anchorage, Alaska with her granddaughter Freda Oenga.

Caroline Cannon on the shore of Cook Inlet, near Anchorage, Alaska.

After a tumultuous year, punctuated by the running-aground of the Kulluk drilling rig in Alaska’s Strait of Sitkalidak, Shell has decided to pause its Arctic drilling plans for the remainder ...Read More

Inspiration Abounds at the Wild and Scenic Film Festival

The 11th Annual Wild and Scenic Film Festival took place January 10-13 in Nevada City, California. The theme for this year’s festival was “A Climate for Change,” with a focus ...Read More

Shell’s Arctic drilling operations encountered yet another setback this week, when one of its two drilling rigs, the Kulluk, broke free from a tow ship during a winter storm and ran ...Read More

Whale hunters of the warming Arctic